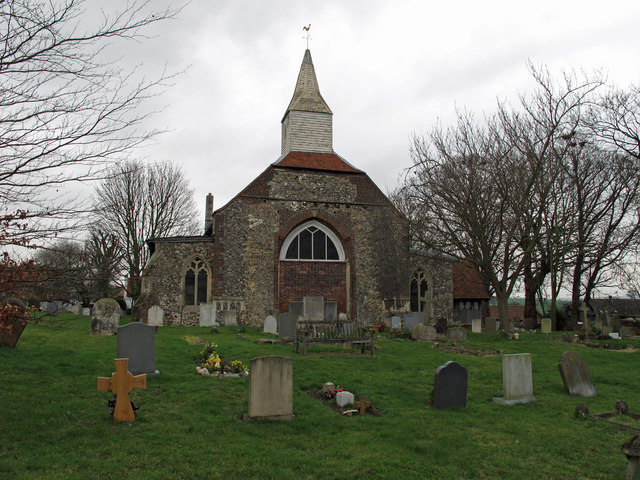 WOODHAM FERRERS, or Ferris, is a compact village, seated on the slope of a considerable eminence, 8 miles South East of Che1msford, and 6 miles North of Rayleigh. It lies south-west of Woodham Walter and Mortimer, and its parish contains 895 souls, and 4,681 acres of land, including 139A. of wood, and 306A. of waste. About 1,000 acres, and 124 of the inhabitants, are in that part of Bickacre hamlet, which lies in this parish, and extends from 1 to 2 miles North of the church.

A rivulet rises here, and flows southward to the navigable river Crouch, near Hull Bridge. The soil is mostly a strong wet loam, which produces about 24 bushels of wheat per acre.

Lord Rayleigh is lord of the manor of Woodham Ferrers, but a great part of tbe parish belongs to other proprietors.

At the Norman Conquest, this manor was given to Henry de Ferrers. From his noble family, it passed, in the reign of Henry VI., to that of Grey. In 1743, it was sold to Mr. Joseph Strutt, an ancestor of Lord Rayleigh.

Wickhams, the residence and property or Mr. James Trussell, is an ancient house in the Elizabethan style, encompassed by a moat. It has been modernised externally.

Champeynes, or Champions, is an old manor house near the Church, and there are several others in the parish, bearing different names. Edwin's Hall, a large farm house on an eminence, about a mile from the church, was built by Edwin Sandys, archbishop of York, about 1576. It is in the Tudor style, and surrounded by a moat. It contains some fine old wainscotting, and was formerly much larger than at present.

The Church (St. Mary,) is a large fabric, in the styles of architecture which prevailed in the 13th, 14th. and 15th centuries, and consists of a nave, with aisles, a chancel, a porch, and a small wooden belfry, containing one bell. The old tower was of brick, and contained five bells, but it fell down in 1703, The present steeple was erected in 1715, at the cost of £275. In the chancel is a sedilia of three arches. Part of the stair-case which led to the rood loft, and a portion of the old screen, richly carved, still remain; as also do some of the antique benches, with poppy-head carvings, etc. 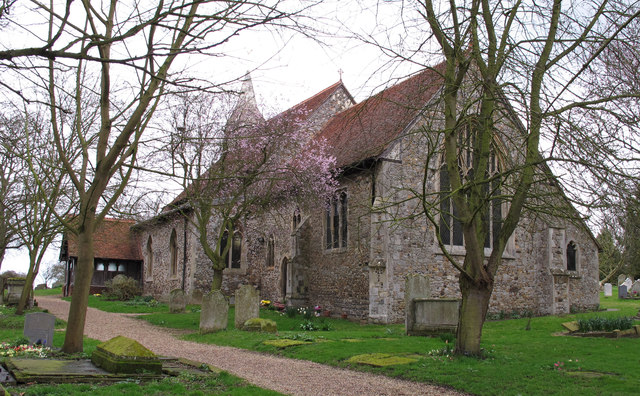 On the right hand of the communion table, is a beautiful mural monument, in memory of Cecilie Sandys, who survived her husband, Archbishop Sandys, 22 years, and died in 1610. Her effigy is placed in a kneeling posture, in a niche of black marble, superbly ornamented. A pillar supports a phoenix on each side, adjoining to which, are figures of Time and Death. The whole is executed with much taste, and on the entablature is a long inscription.

The church was given by Robert, Earl Ferrers, to Bicknacre Priory, but the advowson remained with the Ferrers, and other lay patrons, except in 1517, when the monks of Elsing Spittle, without Bishopsgate, London, presented. Henry VIII. granted the advowson to Henry Polsted; and it afterwards passed to the Mildmays.

In 1776, Lady Falkland left £50 to provide for a yearly distribution of bread among the poor parishioners. This charity now consists of £63 three per cent. Consols. About £30 is distributed yearly in coals, among all the poor families of the as the rent of a barn, and 15A. of land, derived from the gift of George and Elizabeth Woollard, in 1729. The Poor's Orchard comprises about three roods, and is let for £2.2s. The Church property comprises a cottage, garden, and 10A. of land, let for £31.10s. per annum, which is carried to the churchwardens' account.

Back to History of Woodham Ferrers 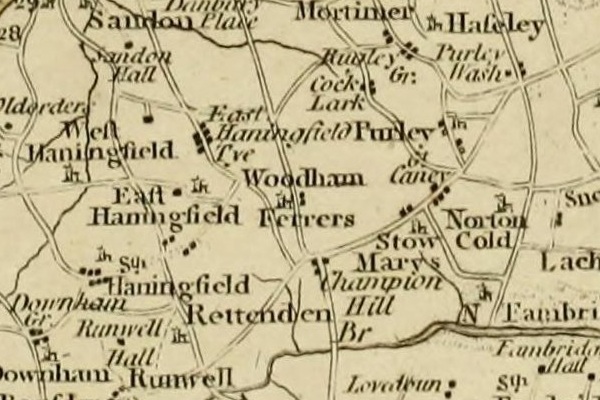 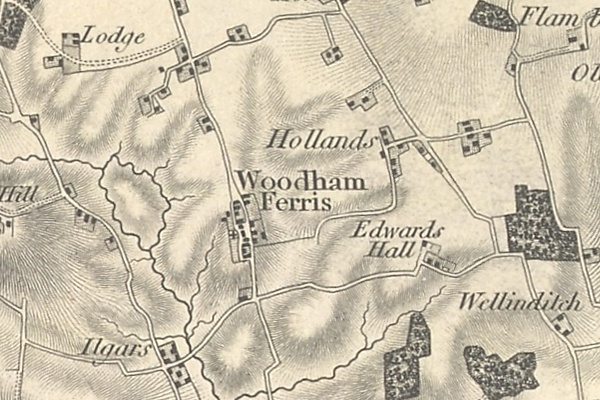