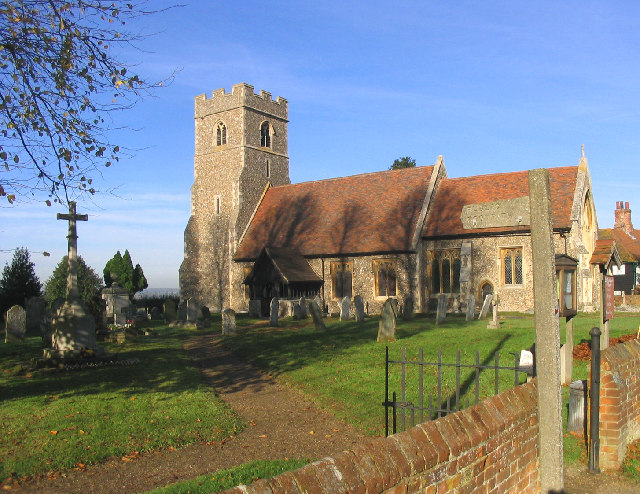 WILLINGALE DOE is a pleasant village, at the south end of this hundred, and on the eastern acclivity of the vale of the river Roding, 8 miles West of Chelmsford, and 5 miles North East by North of Ongar.

Its parish contains 529 souls, and 1702 acres of land, including the pleasant hamlet of TYRELL'S HALL, vulgarly called Torrel's Hall, and giving name to a manor belonging to the Rev. John Bramston. Warden's Hall, now a farm-house, gives name to the principal manor, which belongs to T. W. Bramston, Esq., and was formerly held by the Wanton and De Ou families, from the latter of which the parish had the distinguishing part of its name, Dou or Doe.

The Church (St. Christopher,) stands in the same graveyard with that of the adjoining parish of Willingale Spain, and is an ancient structure, with a nave and chancel, and a square embattled tower, containing four bells. It contains several inscriptions, in memory of the Tyrells or Torrels, and also of the Wisemans, formerly of Tyrell's Hall.

In 1732, Robert Cole left a yearly rent-charge of £4, out of Warden's Hall, for schooling poor children, and it is carried to the funds of the Parish School, which is attended by about 80 children, who pay 1d. each per week. The rector makes up to the mistress a yearly salary of £20; and applies 10s. a year from Walker's Charity, in books for the scholars. Children from Willingale Spain and Shellow Bowells are admitted into this school.

Back to History of Willingale Doe 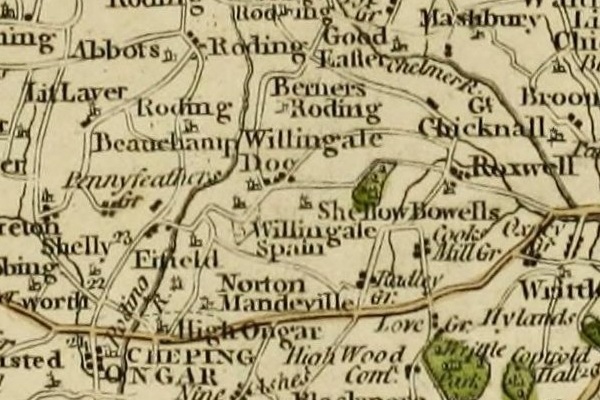 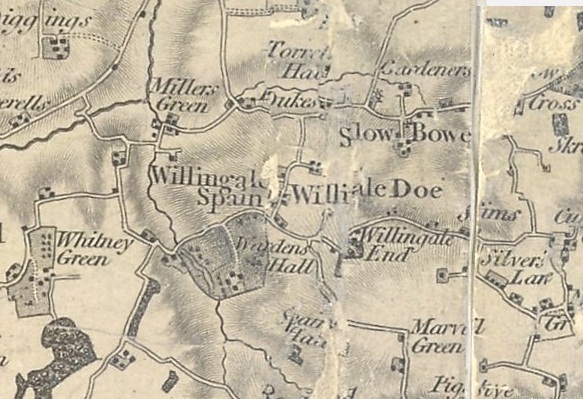