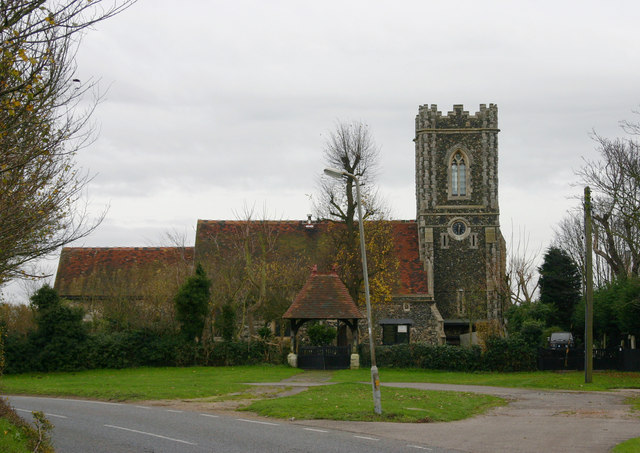 TILBURY, (WEST) a small village at the head of a small creek on the Thames, nearly two miles north of that river, 2 miles West of East Tilbury, and 21 miles East of London, has in its parish 516 souls, and 1687 acres of land, including TILBURY FORT, which rears its frowning battlements on the north bank of the Thames, opposite Gravesend, to which it has a busy ferry.

This formidable fortress was originally erected by Henry VIII., as a blockhouse, and was enlarged and made a regular fortification by Charles II., after the Dutch fleet had sailed up the river in 1667, and burnt three English man-of-war ships at Chatham.

The esplanade is very large, and the bastions are the largest in England, and are faced with brick, and encompassed by a double ditch or moat. The inner moat is 180 feet broad, and has a good counterscarp. On the land side, are two small redoubts of brick; but its chief defence on that side consists in its being capable of laying all the adjacent marshes under water. On the side next to the river is a very strong embattled wall, with a handsome entrance-gate in the middle, called the water-gate, and a ditch, palisaded.

At the place intended for the water-bastion, and which by the plan should have run out into the river, so as to command both curtains, stands a high tower, erected by Queen Elizabeth, and formerly called the Blockhouse. Before it is a platform, mounted, in time of war, with 106 pieces of cannon, of from 24 to 46 pounders; besides which, smaller pieces are placed between them and the bastions and curtains.

The interior of the fort has all the necessary apartments for a large garrison; but it is now chiefly used as a depot for the recruits of the district.

From Tilbury to the sea, on both sides of the Thames are many batteries and martello towers; so that it would be no very easy task for an enemy to get up as high as this fort, where a ship or fleet could be blown to atoms.

Colonel Peter Dumas is Lieutenant~Governor of Gravesend and Tilbury Fort, and Lieut.-Col. Kelly is the fort major.

Queen Elizabeth established her army here in 1588, when the kingdom was threatened with invasion by the Spanish Armada; and traces of the encampment may be seen near the fort. The Queen came here, and delivered to the army a long patriotic address. Tilbury Fort is partly in the parish of Chadwell St. Mary.

West Tilbury is said to have had a considerable town in the seventh century, called Tillaburgh, where St. Chad, bishop of the East Saxons, built a church, when spreading the christian religion in this county. A mineral spring was discovered in the parish in 1727, about 12 feet below the surface of a small eminence rising above the marshes.

At Domesday Survey, the parish belonged to Suene of Essex, but it was afterwards divided into two manors, called West Tilbury and Condovers, and successively held by the Tilbury, Vaughan, Jenoure, Weston, Hatton, Hunt, Newing, Baker, and other families. The soil is freehold, and belongs to various owners.

The Church (St. James,) is pleasantly situated on rising ground, from which there is an extensive prospect over the estuary of the Thames. Formerly it had a lofty stone tower which fell down many years ago, when a wooden framed tower and spire were built on its site. The body of the church was also rebuilt, and now consists of a nave, chancel. and porch. A grave-stone, in the form of a coffin, and ornamented with crosses, forms the sill of one of the windows, but was formerly in the north aisle of the original church.

A chapel anciently stood on the site of the Fort, dedicated to St. Mary Magdalen, and founded in the time of St. Thomas a Becket. It was called West Lee Chapel, and is supposed to have been founded by one of the Tilbury family. The rectory valued in K.B. at £20, and in 1831 at £599, is in the patronage of the Lord Chancellor, and incumbency of the Rev. James Hargreaves. The tithes were commuted in 1839 for £562 per annum.

Back to History of West Tilbury 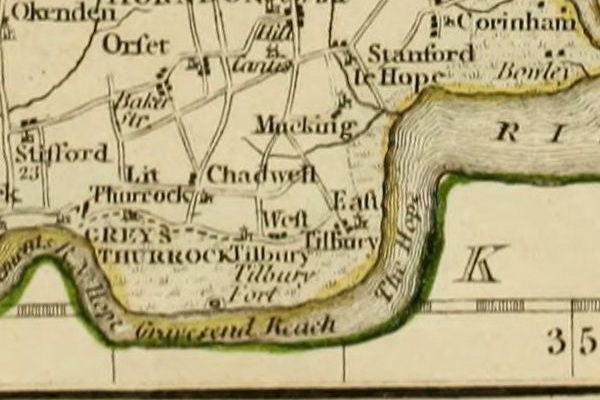 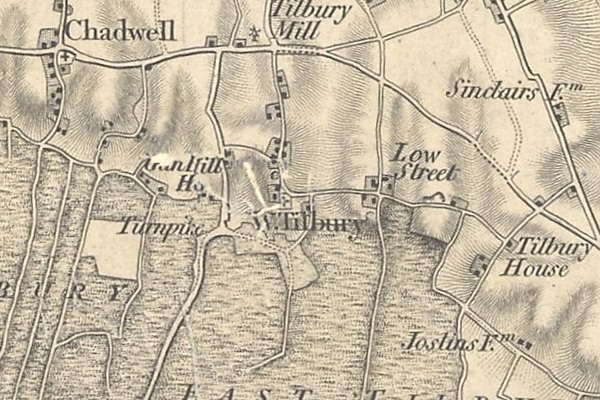