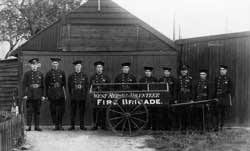 MERSEA (WEST) is a large and pleasant fishing village and bathing village on the sea coast, at the western extremity of Mersea Island, and at the mouth of the estuary of the Blackwater, 9 miles South of Colchester.

It has a fair for toys and pedlery on Whit-Tuesday, and its parish comprises about two-thirds of the island, having 917 inhabitants and 3136 acres, including part of the salt marshes bordering upon Salcott and Pyefleet creeks, in the latter of which G. Round, Esq., has a wild fowl decoy, near the Strode.

The chief manor was given in 1046 to St. Oven's Priory, at Rouen, in Normandy, which had a cell or subordinate Priory here, founded by Roger Fitz-Ranulph, near the east end of the church, for monks of the Benedictine order. On the suppression of tbe alien houses. Mersea Priory was granted, in 1422, to the Archbishop of Canterbury, who settled it and the manor on Higham Ferrer's, College, which was dissolved in 1542, when the manor was granted to Robert Dacres. It afterwards passed to the Darcy, Rivers, Kidby, and other families. Bocking Hall farm belongs to Winsley's Alms-houses, at Colchester and is about 2 mi1es North East of the village. 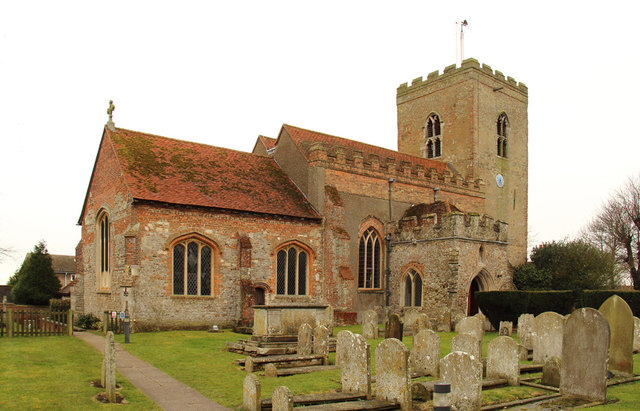 The Church (St. Peter and St. Paul,) has a nave, south aisle and chancel, with a tower and five bells; and was appropriated to the Priory. The living is a discharged vicarage, valued in 1831 at £171, and having 8A. of glebe, but no parsonage house. It is in the patronage of the impropriator, Thomas May, Esq., and incumbency of the Rev. N. Forster, of East Mersea. The tithes have been commuted for rent-charges. Here is an Independent Chapel, in which Mr. J.B. Harvey, of Colchester officiates. Its congregation was formed in 1800, and schools are attached to it and the church.

The CHURCH AND STRODE LANDS, given by unknown donors, comprise 54A.lR.30P. of arable land, and 26A.2R. of woodland, held of the manor of West Mersea., in trust for applying the rents and profits in repairing the Church and the long causeway called the Strode or Strood, which connects the small Island of Mersea with the main land, and is composed of shingles enclosed on ebb side by stakes driven into the earth, so thick and close together as to form a raised wooden footpath above the level of the carriage road. This causeway is covered by the sea every tide.

The arable land above-named is let for £60 per annum, but the woodland remains in the hands of the trustees, who cut down most of the timber during the last 40 years, and have built two houses upon the estate, one let for £20, and the other for £9.12s.; swelling the total yearly income to £89.12s., exclusive of about £15 derived from the woodland. The Strode exhausts about £15 a year, and the rest of the net income is applied to the repairs, etc., of West Mersea Church. The master of the Sunday School has the interest of £180, left by Sarah-Overall in 1813; and the poor parishioners have £3 a year from Comyn's Oharity.

Back to History of West Mersea 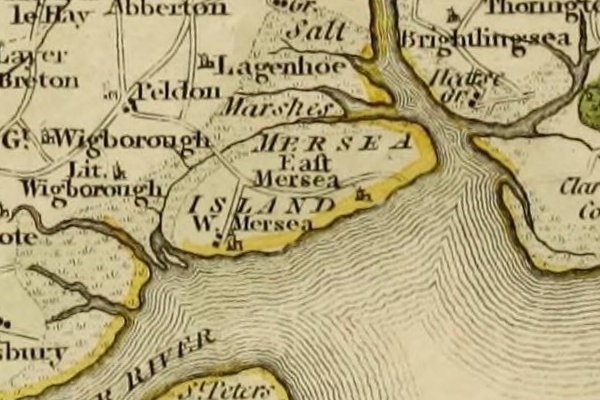 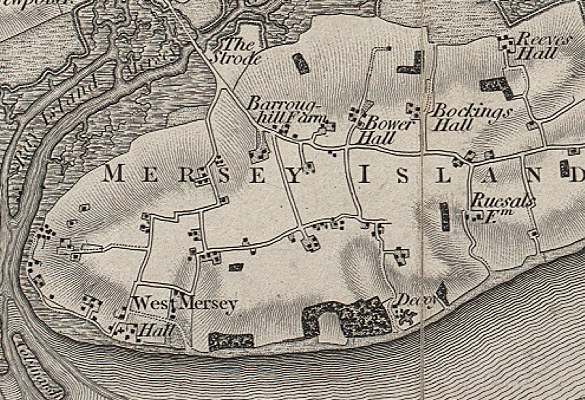