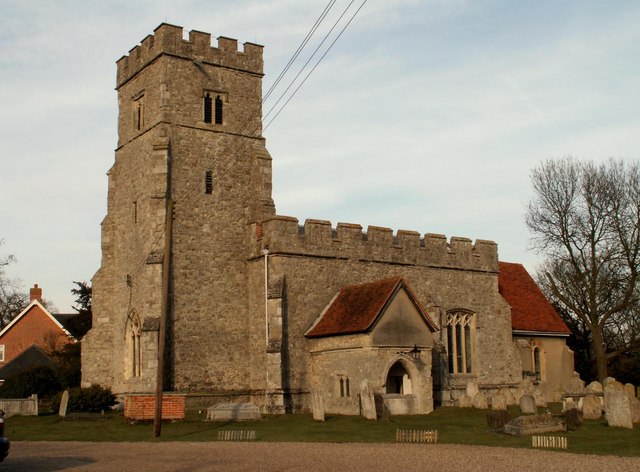 TOLLESHUNT D'ARCY is a large and well-built village, pleasantly situated on a commanding eminence, 7 miles North East by East of Maldon and 2½ miles North of the estuary of the Blackwater. Its parish contains 733 souls, and 3142A.3R.22P. of land, and has several neat houses.

It is fertile and salubrious, and noted for the social and friendly intercourse of all classes of its inhabitants. A fair for toys, etc., is held on the village on June 11th.

J.G. Rebow, Esq., is lord of the manor of Tolleshunt D'Arcy Hall, which belonged to Ralph Peverell at the Domesday Survey, and afterwards passed to the Tregoz, Valoines, Boys, D'Arcy, Vane, and other families. It was purchased about 1680, by Sir Isaac Rebow, Knight, of Colchester.

There are two smaller manors in the parish, called Gemons and Virli, and a great part of the soil belongs to the executors of the late Jeffery Grimwood, Esq., and the Seabrook, Fenn, Francis and other families. The Hall, occupied by a farmer, is still a large ancient mansion, though part of it was taken down about 55 years ago. It is rich in old carvings and is surrounded by a moat, crossed by a stone bridge of four arches, on which are the arms of D'Arcy, and the date 1575.

Lanbrokes, another old farm-houses, was formerly the seat of a younger branch of the D'Arcy family. The ancient house on Freme farm was a seat of the Beckinghams, and contains some finely carved wainscoting.

The Church (St. Nicholas,) has a nave and chancel, and a north aisle, called D'Arcy's chapel, being the burial place of that family. The tower is of stone, embattled, and contains five bells. The building was thoroughly repaired in 1810, and is a fine specimen of the perpendicular style, with some windows in the decorative style.

In the chancel is a beautiful cinque foiled piscina, and a fine mural monument, on which are kneeling figures of Anthony D'Arcy, Esq., his lady, and children. He died in 1540. Another monument bears the effigy of John Boys, Esq., who died in 1419.

There is a Sunday School at the church.

For distribution in bread, meat., and flour, the poor parishioners have about £25 yearly from HENRY SMITH'S CHARITY. White House Farm (295A.2R.8P.) belongs to this charity, and is in this parish. It is let for £325. per ann. to Mrs. C. Argent, and has been occupied by her family more than a century. The rent belongs to the poor of this and thirteen other parishes.

Back to History of Tolleshunt D'arcy 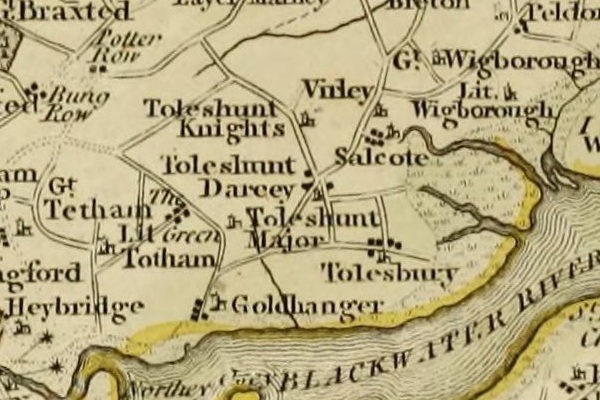 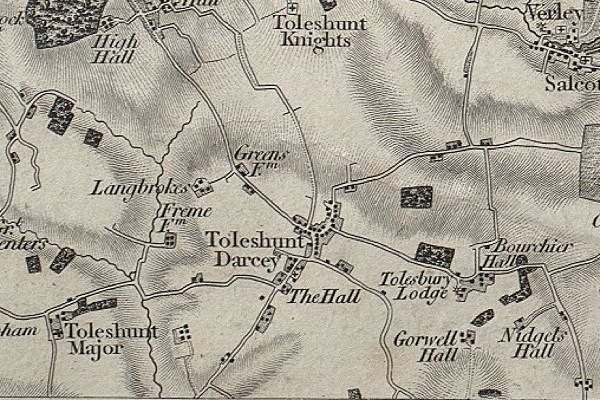