Tollesbury is a large fishing village, 8 miles East North East of Maldon, on the margin of the marshes, about 1 mile north of the estuary of the Blackwater.

From which it has a broad creek, in which are many oyster layings where the fishermen deposit the spat and young brood till they become small oysters, which are sold and sent away to the layings on the Kentish coast, and other places, there to be fed into full grown oysters. Most of the inhabitants are employed in this trade, in about 50 dredging boats, of from 7 to 30 tons.

The parish contains 1149 souls, and 678O acres of land, including part of Tiptree Heath, and Mr. Mechi's farm of Tiptree Hall, though distant more than 6 miles North West of the village.

About 1630 acres are saltings and waste, 60A. wood, 1932A. marsh and meadow, and 3156A. arable. The marshes on this part of the coast are preserved from the encroachments of high tides by embankments called sea walls, and outside these are the saltings, on which cattle are grazed during the low tide.

An Oyster Co., established in 1845, in 5OO £32 shares, has layings here, and purchases spat and young brood from the dredgers.

A fair, for toys, etc., is held in the village on the last Thursday and Friday in June.

Captain Du Cane is lord of the manor of Tollesbury Hall, which belonged to St. Mary's Nunnery, at Barking, till the dissolution, and was afterwards held by the Howard family. Philip Bennet, Esq., is lord of the large manor of Bourchier's Hall, a fine old mansion, occupied by a farmer, and pleasantly situated about a mile North West of the church.

It had formerly a large park, and was a seat of the Bourchier family in the 14th and 15th centuries. It afterwards passed to the Devereux, Gardiner, and Hallam families, and went in marriage with the heiress of the latter to the Bennets.

Bohun's Hall, a farm-house near the church, gives name to another manor in this parish. now belonging to Benyon de-Beauvoir, Esq., and formerly to the Bohun, Cromwell, Craddock, and other families. The Trustees of the late J. Grimwood, Esq., J.J. Mechi, Rd. Seabrook, James Wilkin, and many smaller owners have estates in the parish, partly free, and partly copyhold 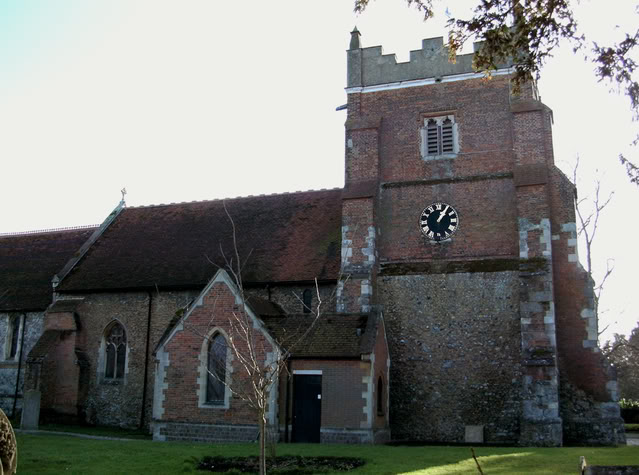 St Mary the Virgin's Church, Tollesbury.
© Copyright John Salmon contributor to the Geograph Project and licensed for reuse under this Creative Commons Licence

The Church (St. Mary,) has a nave and chancel, and a stone tower, containing six bells. The nave is ancient, but the chancel is modern, and built of brick, with wood framed windows.

Here is an Independent Chapel, built about 30 years ago; and a small Parish School, in aid of which £5.1Os. is paid yearly, as the rent of a tenement at Tolleshunt-Knigbts, left to the poor by Robert Taillor, in 1652.

Back to History of Tollesbury 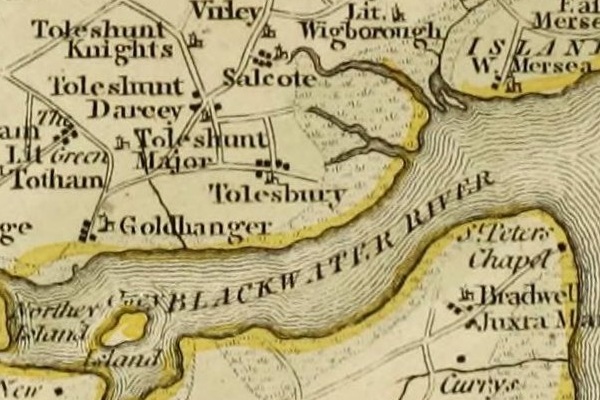 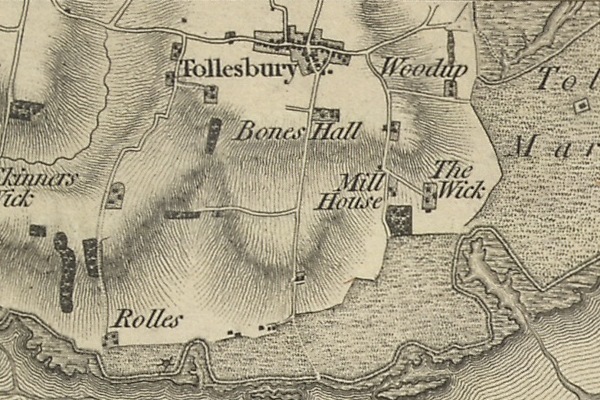