TILLINGHAM is a large village, pleasantly situated about two miles from the sea and the estuary of the Blackwater; 3½ North East of Southminster, and 11 miles East by South of Maldon.

Its parish contains 1106 inhabitants, and 4135A.3R.29P. of land, including abroad tract of rich marsh land extending more tahn two miles along the sea coast, southward to Tillingham Grange, and northward to Bradwell creek. Several short creeks intersect the marsh, and the parish has many scattered farm houses.

Fairs for toys, pedlery, etc., are held on Whit-Tuesday and September 16th, upon the village green, (1A.) and the stallage belongs to the schoolmaster.

The Dean and Chapter of St. Paul's Cathedral, London, are lords of the manor, which was given to that church by the founder, Ethelbert, King of Kent.

The Hall, an ancient brick mansion, near the church, is occupied by a farmer. A great part of the parish belongs to the Marquis of Salisbury, W.H. Quayle, Esq., J.L. Willes, J. Stowers, T. Babbs, J. Turner, and several smaller owners.

Tillingham Grange, a farm, 2½ miles South East of the village, was held by Thomas Cowstone, who was burnt for being a Protestant, in 1553. It afterwards passed, with Mowick, or Midlins, to the Fanshaw and Hollingsworth families.

Pakkards is an estate partly in this and partly in Bradwell parish. Dr. William Clarke, dean of Winchester, having a lease of Tillingham Hall, and the demesne lands and great tithes of the marshes of Hall Wick, Middle Wick, and Weather Wick, bequeathed the clear yearly profits thereof, in 1679, for the augmentation of ten poor church livings, among which are those of Dedham and Hatfield Broad Oak, in this county. 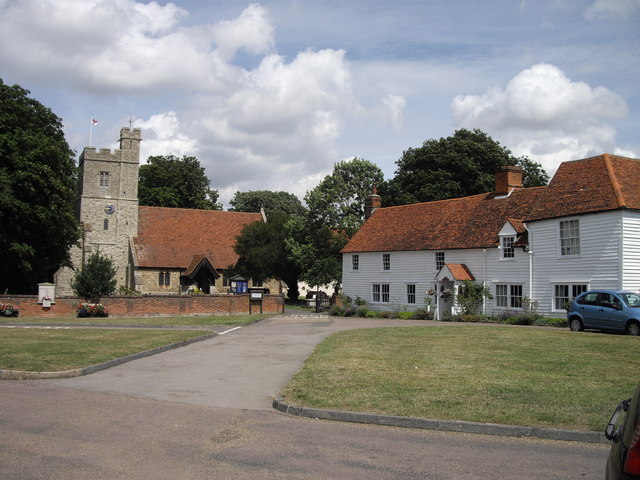 The Church,(St. Nicholas,) is an ancient edifice on an elevated site, and has a square embattled tower 60 feet high, containing five bells. Formerly it had a south aisle, but being in a state of decay it was pulled down in 1708, when the church underwent a complete repair.

The walls are of extraordinary thickness, and the interior is handsomely pewed, and has a gallery at the west end.

Here is a Baptist Chapel, with a house for the minister, built in 1832, at the cost of about £800. The Primitive Methodists have also a small meeting house here; and in the village is a National School, attended by about 120 children, and supported by subscription and the payment of 1d. or 2d. per week by each scholar.

Back to History of Tillingham 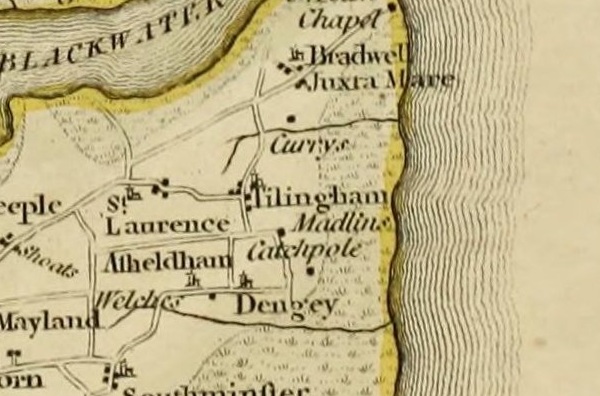 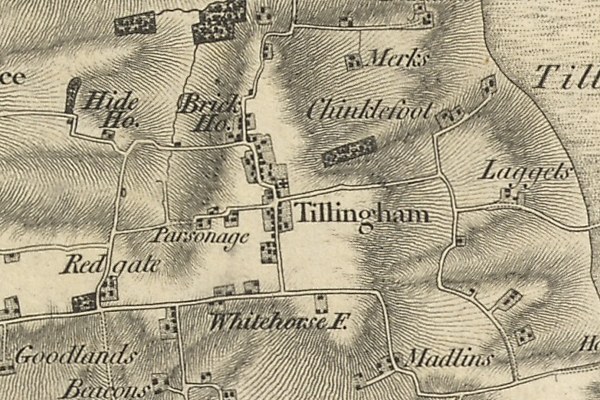