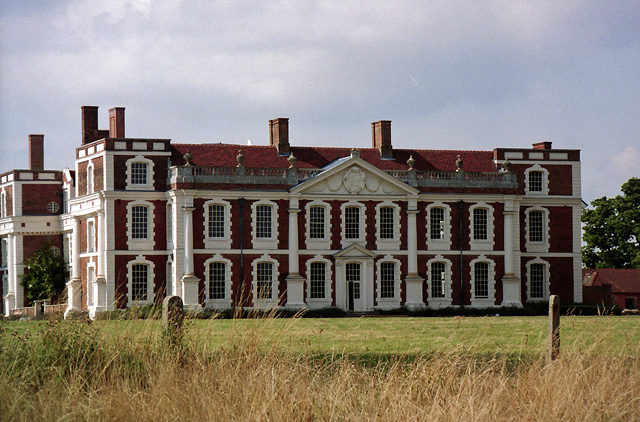 THOYDON-MOUNT, a pleasant village on a bold eminence, overlooking the vale of the river Roding, 3 miles South East of Epping, has in its parish 217 souls, and 1468 acres of land.

Nearly all the property or the lord of the manor, Sir E.B. Smijth, Bart., who has a large and elegant seat here, called HILL HALL, encompassed by a large and well-wooded park, commanding extensive prospects in every direction. The house is a noble quadrangular erection, with massive walls, and a handsome front, ornamented with three-quarter pillars and a neat cornice.

The interior exhibits correct specimens of the four orders of architecture, and in the great hall are some fine portraits, and some specimens of ancient armour and arms. The erection of this stately building was commenced, on the site of the ancient manor-house, in 1548, by an ancestor of the present owner, but considerable alterations have been made at much later periods. The eastern side was rebuilt in 1716, and is in the decorated Grecian style.

The manor was held by Godric, in the reign of Edward the Confessor, and by Henry de Essex, in the reign of Henry II. It afterwards passed to the Wallerand, Sutton, and Hampden families, and it passed from the latter in 1577, to Sir William Smijth, whose descendant, Sir Thomas Smijth, was created a baronet in 1661. Roger de Clarendon, a natural son of Edward the Black Prince, is the recorded ancestor of the Smijth family. 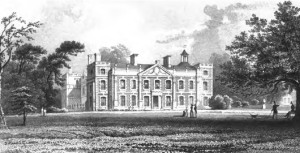 The Church (St. Michael,) is a small handsome structure in the Park, and was rebuilt in the 17th century, after the old one had been destroyed by lightning.

It contains numerous monuments of the Smijth family, one of whom was Sir Thomas Smijth, Kt., who died in 1577, aged 65, and was distinguished as a philosopher, statesman, mathematician, linguist, historian. etc. He wrote many valuable and learned works, and was Secretary of State to Edward VI. and Queen Elizabeth. The benefice is a rectory, consolidated with that of Stapleford Tawney.

Back to History of Theydon Mount 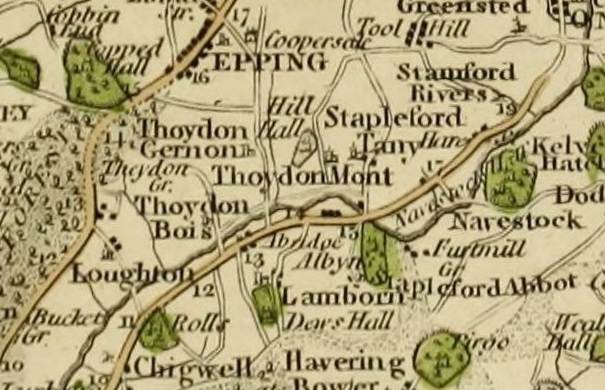 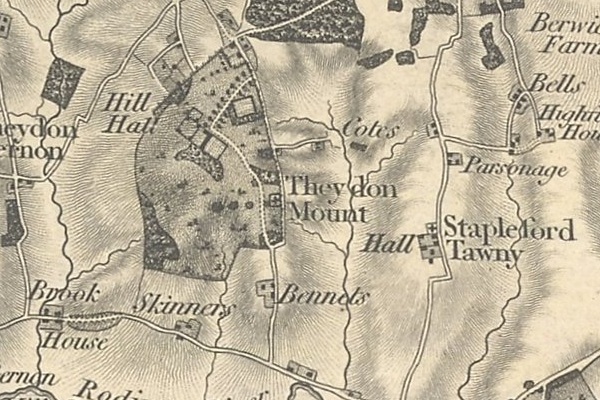