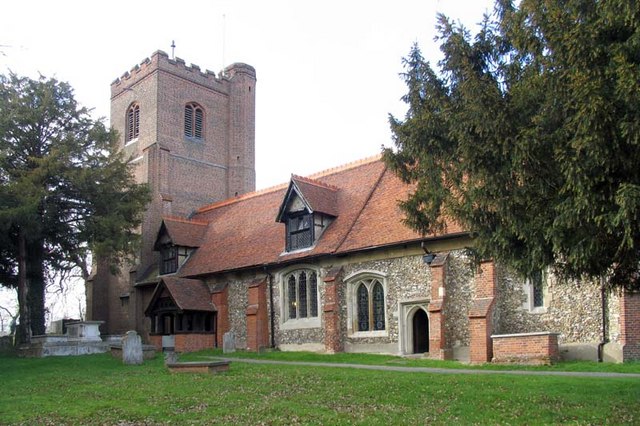 All Saints Church, Theydon Garnon.
© Copyright John Salmon contributor to the Geograph Project and licensed for reuse under this Creative Commons Licence

THOYDON-GARNON, or THEYDON GERNON, is a pleasant straggling village, from 1 to 2 miles South South East of Epping, but its parish extends close to that town, and has several handsome seats and scattered farm houses, near Steward's Green, Coopersale, and the north-eastern borders of Epping Forest.

The parish had 1072 inhabitants in 1841, including 140 in Epping Union Workhouse. It contains 3160 acres of land, and has a fertile soil, richly cultivated, and embellished with ornamental plantations, contrasting beautifully with the old woods of the forest.

It was held by Ulmar, in the the reign of Edward the Confessoor, and by Eudo Dapifer, at the Domesday Survey. It was afterwards held by the Theydon, Gernon, Fitzwilliam, and other families. William C. Marsh. Esq., (high sheriff of Essex, in 1847,) is lord of the manors and estates, called Gayns Park and Hamnales, and has a handsome seat, called PARK HALL encompassed by fine woodland scenery.

T.N. Abdy, Esq., is lord of the manor of Theydon Garnon, or Garnish Hall, now a farm house; and Mrs. Houblon is owner of Coopersale estate, on the north side of the parish, near Epping, and resides at Coopersale House, a large and elegant mansion, which stands on elevated ground, surrounded by lawns and ornamental plantations, and was long the seat of the Archer family, which originated from Simon de Bois, who was at the battle of Agincourt, and was so skilful in archery, that the King ordered his name to be changed to Archer.

Mrs. and Richard Archer Houblon are the present representatives of this ancient family. Sir P.B.H. Soame, Bart., has an occasional residence here; and the Hon. A.F. Capel resides at Thoydon House; and J.C. Whiteman, at The Grove.

The CHURCH (All Saints,) stands on an eminence, and consists of a nave, north aisle, and chancel, with a strong square tower, containing five bells. The interior is neatly fitted up, and has many mural monuments.

Back to History of Theydon Garnon 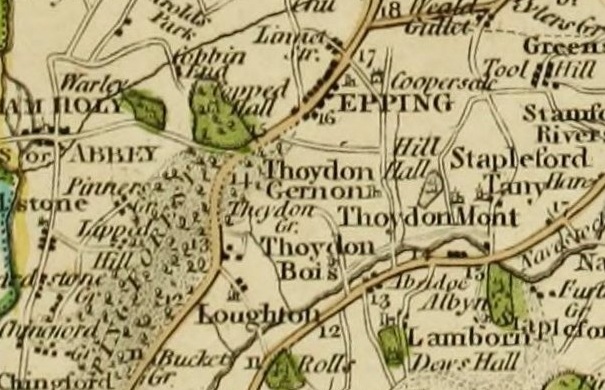 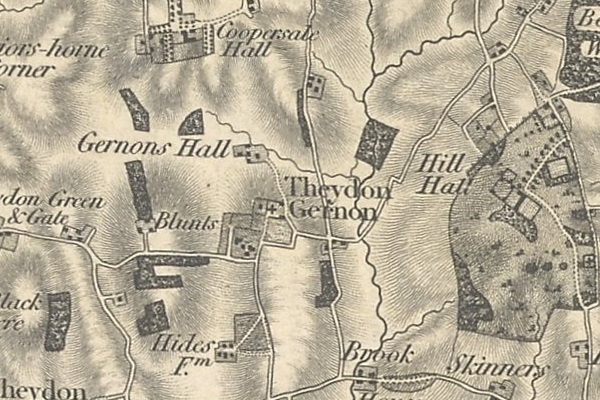