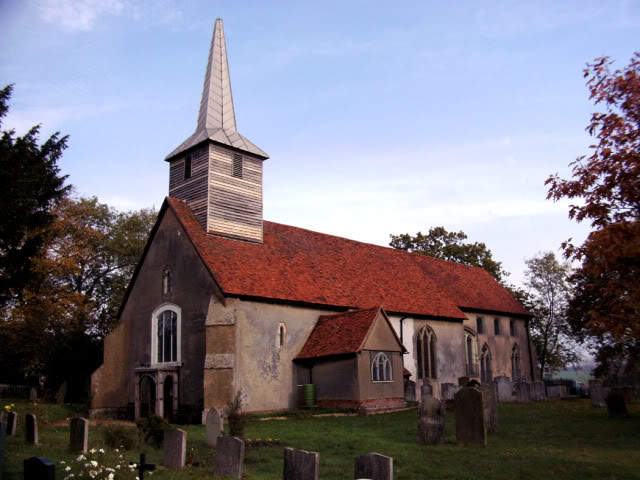 STANFORD RIVERS, a pleasant scattered village on the western side of the vale of the river Roding, and on the acclivity between two of its tributary streams, from 2 to 3 miles South West of Chipping Ongar, has in its parish 972 inhabitants, and 4386 acres of land. Some of its houses are on the London and Ongar road, near Ongar Union Work-house.

At the Norman survey, this fertile and picturesque parish was held by Eustace, Earl of Boulogne, and it afterwards passed to the Lucy, Rivers, Petre, and other families. It now belongs chiefly to Sir C.C. Smith, Bart., and Capel Cure, Esq., and is in the Liberty of the Ducby of Lancaster.

The principal manors and estates are Stanford Hall, Bellhouse, Berwicks-and-Caunes, and Littlebury and Rochenhoe. There was formerly a park here, holden of the King, as of the Honor of Boulogne, by the de Walden family, in the 14th century.

The Church (St. Margaret,) is a plain old fabric; with a wooden belfry and spire, and in the interior are several memorials of the Petre, Green, Mulcaster, and other families. The rectory, valued in K.B. at £26.13s.4d., and in 1831 at £1025, is in the patronage of the Chancellor of the Duchy of Lancaster, and incumbeney of the Rev. E.C. Dowdeswell, D.D., who has 56A.2R.29P. of glebe, and a handsome residence, finely embowered in trees. The tithes were commuted in 1842, for £1020 per annum.

Here is a neat Independent Chapel, belonging to a congregation formed in 1822. The poor parishioners have 5s. a year, left by Thomas Petit, of Greensted; and they had an annuity of 40s., left by William Green, in 1554, but it has been lost many years.

Back to History of Stanford Rivers 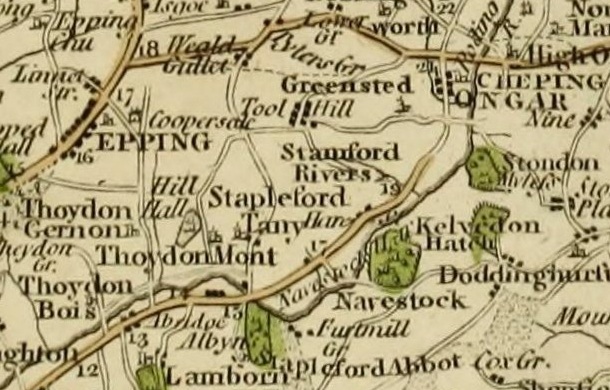 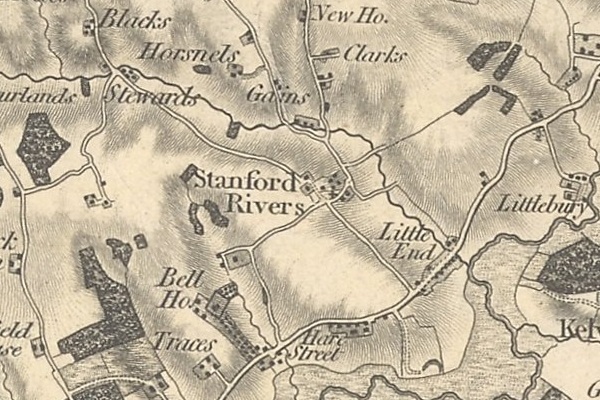