BENFLEET, (SOUTH) a large and pleasant village, on the north side of the creek, called Hadleigh Bay, opposite Canvey Island, 4 miles West of Leigh. It has a fair on the 24th of August, and the bays and creeks in its vicinity are celebrated for oysters.

Its parish contains 707 inhabitants, and 3050 acres of land, including a portion of Canvey Island, to which there is a causeway, fordable at low water.

In the ninth century, this parish was a frequent landing place of the Danes, one of whom, Hoe1sten. built a castle or fortification here, in which he used to lay up his plunder under the guard of a numerous garrison; but in 894, it was taken and destroyed by King Alfred, who took Hoelsten's wife and his sons prisoners, with all the booty. Alfred also destroyed most of the Danish Ships, and took the rest to London.

Before the Conquest, part if this parish belonged to Barking Abbey, but it was seized by William the Conquerer, and given to Westminster Abbey. The Dean and Chapter of Westminster Abbey are now lords and owners of the "Manor of the Abbey," and also impropriators of the rectory; but the manor of South Benfleet belongs to J. Perry, Esq., and a great part of the parish belongs to other proprietors.

Jarvis Hall, now a farm-house, gives name to a small manor, and here is another estate, called Rich Marsh. 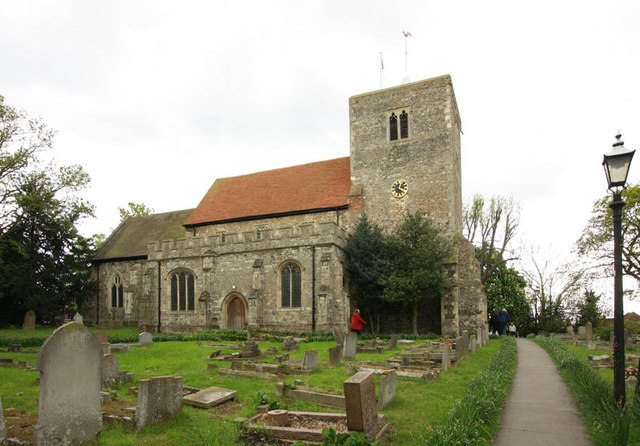 The Church (St. Mary,) is a handsome and stately structure, with a nave, side aisles, chancel, and a stone tower, containing five bells, and crowned with a lofty wooden spire. The vicarage, valued in K.B. at £16.5s.5d., and in 1831 at £225, is in the patronage of the of the Dean and Chapter of Westminster, and incumbency of the Rev. H.R.Lloyd, M.A.

Back to History of South Benfleet 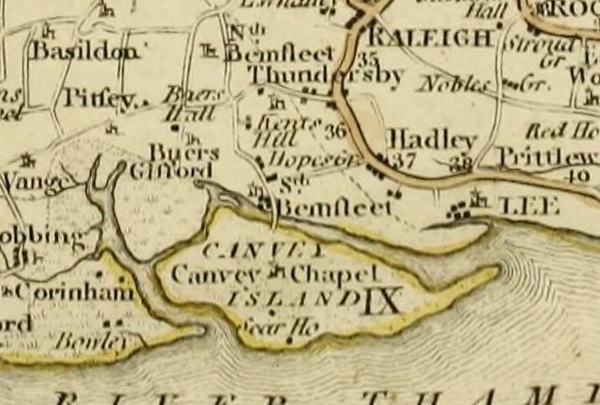 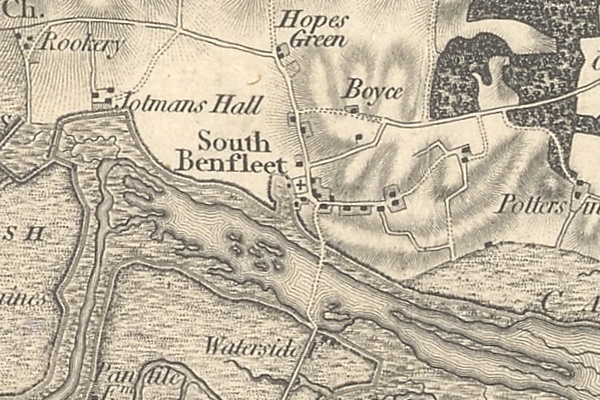 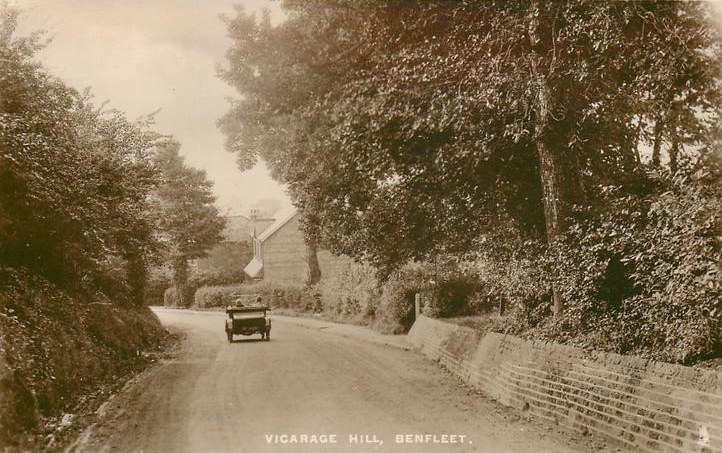