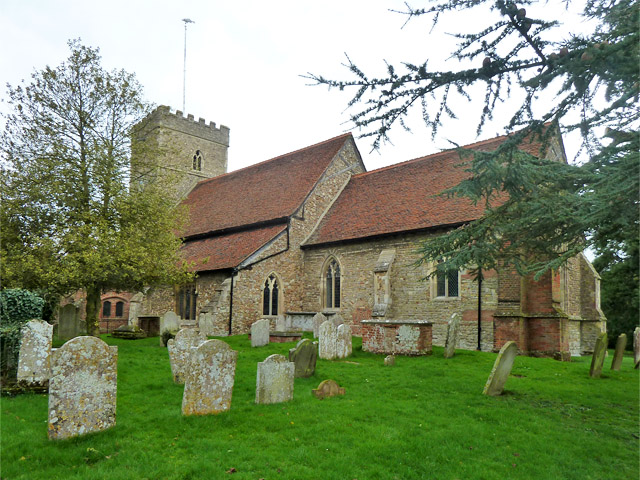 All Saints Church, Purleigh.
© Copyright Robin Webster contributor to the Geograph Project and licensed for reuse under this Creative Commons Licence

PURLEIGH, or Purley, a large village situated on a commanding eminence, 4 miles South of Maldon, has in its parish 1213 inhabitants, and 5479 acres of land, finely undulated and extending two miles South East to Latchingdon village, where the police station and some other buildings are in this parish; and more than 1½ mile south and west to How Green, Round Bush, Callow Green, and Cock Lark, where there are small assemblages of cottages, etc.

In the parish are many scattered farm houses, and some of them are large and neat buildings, commanding extensive prospects.

A fair for toys, etc., is held in the village on Whit-Tuesday.

Miss Harvey Bonnell is lady of the manor of Purleigh Hall, which belonged to Eustace, Earl of Bologne, at the Domesday Survey, and was afterwards held by the Grey, Capel, Dennys, and Comyns families. Miss Bonnell also owns Waltons farm, which belonged to the Montford. Sutton, Vere. Mildmay, and other families.

The manor of Barons belongs to J. J. Tufnell, Esq., and was formerly held by the Baroun, Hastings, Fortescoe, and other families.

The manor of Frerne and Sackets was given by the founder to Wikes nunnery, and now belongs to the Charter House, London.

How Green formerly belonged to the priory of Christ's Church, Canterbury, and was till lately a peculiar of the Dean of Bocking. William Parnell, John Ram, and several smaller owners. have estates in the parish. 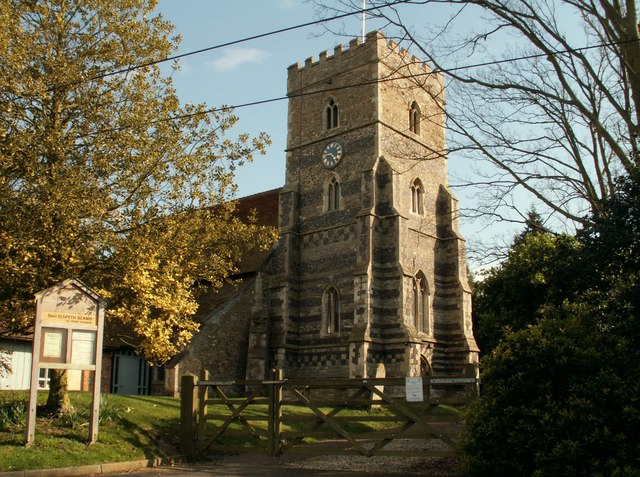 Tower of All Saints Church, Purleigh.
© Copyright Robert Edwards contributor to the Geograph Project and licensed for reuse under this Creative Commons Licence

The Church (All Saints,) is a large and handsome structure, on an elevated site, and has a nave, north and south aisles, chancel, porch, and a finely proportioned tower of flint and stone, embattled, and containing five bells and a clock. The whole is a fine specimen of the decorated style of the 14th-century.

The carved heads of a man and woman over the western door, are said to represent the founders of the church. The remarkably neat appearance of the interior is attributable to the Rev. Samuel Horsmanden, LL.D., a late rector, who new fronted the pews, gave a handsome brass chandelier, and at his death, in 1769, bequeathed and elegant service of communion plate.

The pulpit and altar-piece are of handsome workmanship. In the north aisle is a chapel which belonged to the Bourchier family, whose arms were formerly painted in the east window, where there are still some fragments of stained glass.

The rectory, valued in K.B. at £25, and in 1831 at £1245, was purchased of the Horsmanden family by Oriel College, Cambridge, and is annexed to the provostship of that college, without institution. The Rev. Edward Hawkins, D.D., the present provost, is the incumbent, for whom the Rev. R.F. Walker, M.A., officiates; and occupies the Rectory House, a large. mansion, with pleasant grounds.

There is a small dissenting chapel at Cock Larks, where a handsome National School has been built by the present rector in the Tudor style, of red and white brick, with a house for the mistress. He pays the teacher, who has about 60 scholars, residing in that part of the parish, which is from 1 to 2 miles North West of the church.

There is a free school in the village, which arose from the bequest of the above-named Rev. Samuel Horsmanden, D.D., who directed his widow to settle at her death £30 a year in trust with the rectors of Purleigh, Woodham-Walter, and Woodham-Motimer, for the support of a schoolmaster and mistress for the education of poor children of Purleigh; and also 40s. a year to entertain the trustees.

His widow died in 1800, and left £ll00 three per cent. Consols, to provide for the above objects, and 20s. a year for repairing the chancel windows.

The School house was erected by tbe Rev. John Eveleigh, a late rector, and the master and mistress teach as free scholars 20 boys and 20 girls.

For distribution in bread, the poor parishioners have £3.18s. yearly from Old South Sea-Annuities, purchased in 1777 with £100, left by Viscount Falkland.

The parish clerk has £5 a year as the rent of 3A. called Church Land.

Back to History of Purleigh 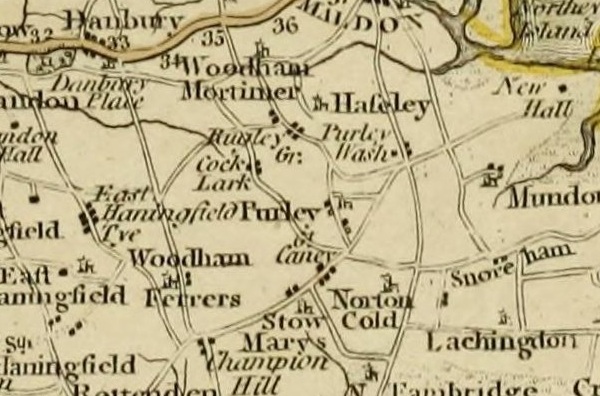 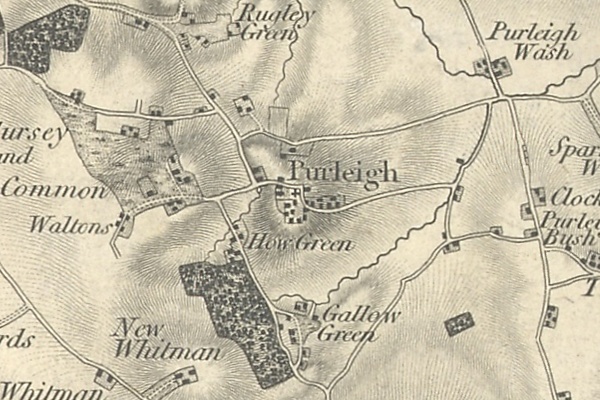