Reports and returns on schools and education in Prittlewell. These allow a glimpse into the education your ancestors may have received if they were from this parish.

"Prittlewell with Southend population 1,541. A day school, in which 150 poor children are instructed in reading and writing. The original endowment, dated 1727, provided for the education of only 10; but in the year 1739, a further grant was added to the former endowment, and the number of children increased to 16, in which state it remained until October 1817, when Robert Scrutton, esq., having erected a new school room, on the premises belonging to the endowment, with the consent of the trustees, and capable of containing 150 children; 134 additional were admitted, adopting Dr Bell's system of education; the salaries and emoluments of the master arise from lands, the value of which is estimated at about £50 per annum, with a house and garden, but since the erection of the said school room, and the increased number of children, £48 per ann. have been added by annual contributions. There is likewise a fund of about £80 being the residue of about £140 collected in October, for defraying the expenses incurred in augmentation of the establishment; and the vicar states that "a parcel of an ancient garden lying near the pathway leading from Prittlewell Priory towards Prittlewell Church on the east" did form part of the endowment (referring to the deed of 1727) but of the possession of which the trustees are deprived.

Three schools in Southend, containing together 53 children, and two at Prittlewell, comprising 55 children, and another 25, which latter is attended by the children of small farmers and petty tradesmen.

The poor are very grateful for the means of education afforded them by the national school.

"Prittlewell and Southend population 2,266. Four Infant Schools, wherein 49 males and 39 females are instructed at the expense of their parents. One Daily School, containing 3 males and 17 females, is supported by charity. One Day and Sunday National School, attended by 50 males and 40 females daily, and 10 children of each sex additional on Sundays, is endowed with a house and land (the latter of which produces £30 per annum) and is further supported by subscription. One Sunday School, of 55 males and 80 females, (commenced 1828) is supported by voluntary contributions and has a lending Library attached.

Back to History of Prittlewell 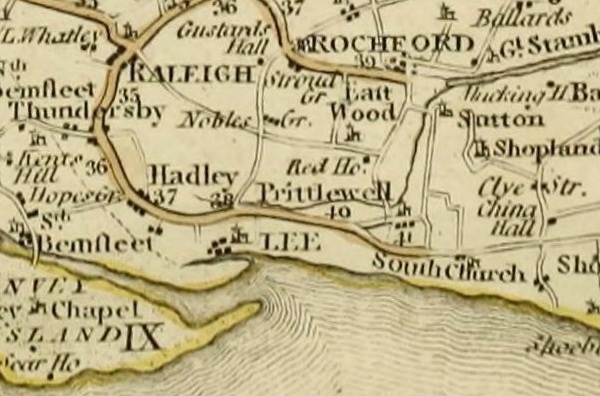 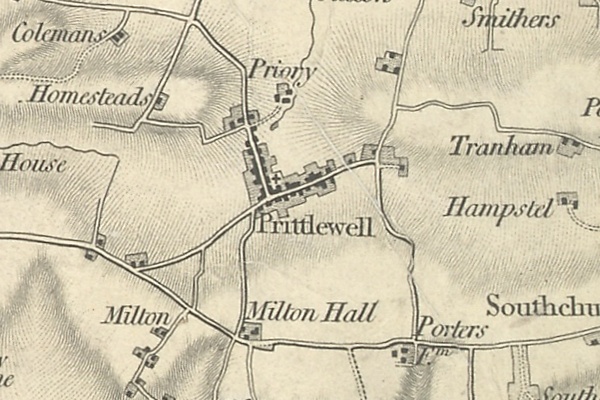