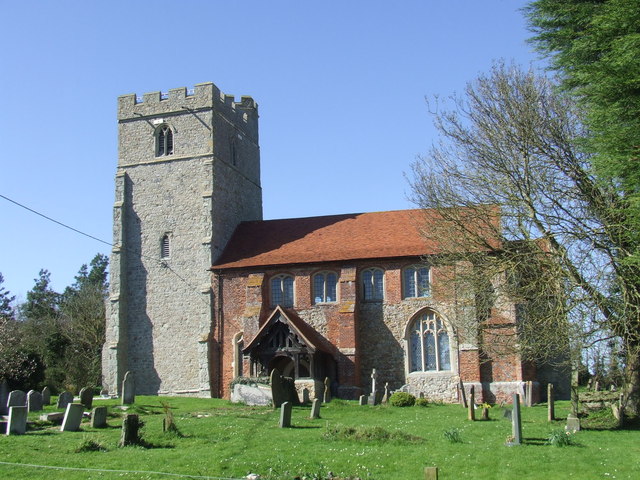 St Mary the Virgin's Church, Peldon.
© Copyright Malc McDonald contributor to the Geograph Project and licensed for reuse under this Creative Commons Licence

PELDON, 6 miles South by West of Colchester, is a village and parish, containing 493 souls, and 2182A. of land, mostly on a bold acclivity. but descending southward to the low salt marshes, near Mersea Island, over which the church commands a view of the ocean.

The manor was granted by William the Conqueror, in 1086, to William the Deacon, towards rebuilding St. Paul's Cathedral. Henry VIII. granted it to Sir Thomas Darcy, and it afterwards passed to the Reynolds, Powell, and other families.

The rectory is a small manor, and part of the copyholds are subject to certain and the rest to arbitrary fines.

The Church (Virgin Mary,) is an ancient structure of perpendicular architecture, except the chancel, which was rebuilt by the present rector, in the early English style.

The east window is enriched with stained glass, given by the late Mrs. Griggs; and at the west end is a fine embattled tower.

A fair is held in the village on Michaelmas day.

Here is a National School.

Back to History of Peldon 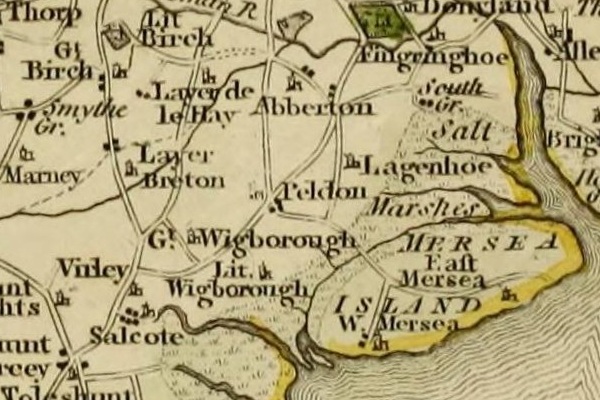 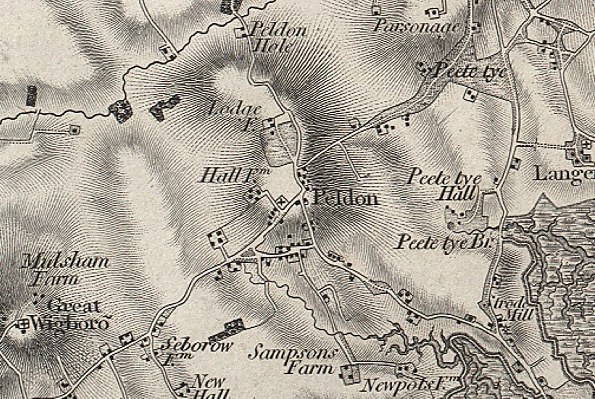