NAVESTOCK. a pleasant scattered village, from 4 to 5 miles South of Chipping Ongar, and from 5 to 7 miles North North East of Romford, is partly on the south side of the vale of the Roding, and partly on the cultivated heath, which has a hilly surface, and extends southward to the bounds of Havering.

Its parish contains 887 inhabitants, and 4152 acres of land, nearly the property of the Countess of Waldegrave, the lady or the manor, which was granted by Queen Mary, in 1553, to Sir Edward Waldegrave. whose descendant, Sir Henry, was created Baron Waldegrave, in 1626.

The son of the latter was created Earl of Waldegrave, in Northamptonsbire, in 1729, and built Navestock Hall, which was a huge and handsome building, which stood in a well wooded park, and was the seat of succeeding Earls, till 1811, when it was pulled down, and the park converted into a farm.

The remains of ancient fortification are apparent on Navestock Common, near a high embankment, which has a deep ditch on each side of it. 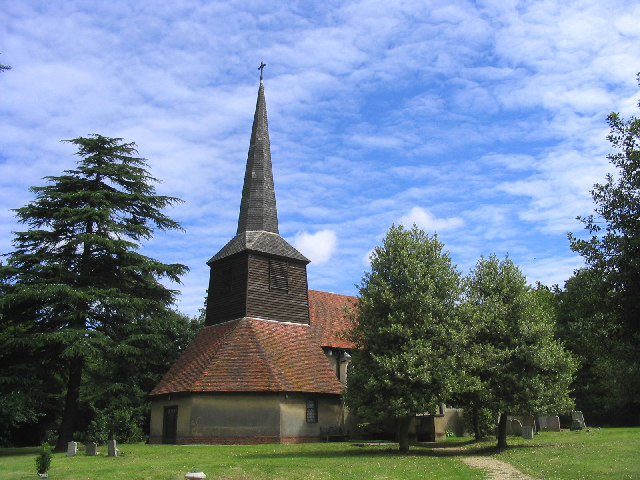 St Thomas the Apostle Church, Navestock.
© Copyright John Winfield contributor to the Geograph Project and licensed for reuse under this Creative Commons Licence

The Church (St. Thomas,) is an ancient structure, with a wooden belfrey, containing five bells, and surmounted by a spire of the same material.

The north door is in the Saxon style. The nave has a south aisle, and in the chancel is a large and handsome mural monument in memory of the two first Earls of Waldegrave, with a long inscription written by her Royal Highness Duchess of Gloucester and Countess Dowager of Waldegrave, relict of the second Earl.

Nearly opposite this is a beautiful monument, executed by Bacon, and erected in 1812, in memory of the Hon. Edward Waldegrave, who, after distinguishing himself as a lieutenant under Sir John Moore, in Spain, was shipwrecked of Falmouth.

The monument represents a mother weeping over the canteen of her son, which has been washed ashore, and in the background is seen a boy uufurling the British standard.

Here are several other memorials of the Waldegraves, and under the north side of the chancel is their family vault, where many of them are intered.

The yearly rents amounting to £48.17s.9d., are distributed in shoes, jackets, and fagots. Mr. D. Hicks and others are the trustees.

In 1669, Lewis Betts left to the parish two yearly rent-charges out of the Red Lion Inn, at Romford, viz., £1 for the four oldest labouring men, and £2, for apprenticing a poor child.

The poor parishioners have a yearly rent-charge of 20s., out of Dycott's Farm, (belonging to Sir R.D. Neave,) left by an unknown donor; and eight poor persons, not receiving alms of the parish, have the dividends of £275 three per cent. Reduced Annuities, left by Elizabeth Prince, in 1796. The vicar and churchwardens are trustees.

Back to History of Navestock 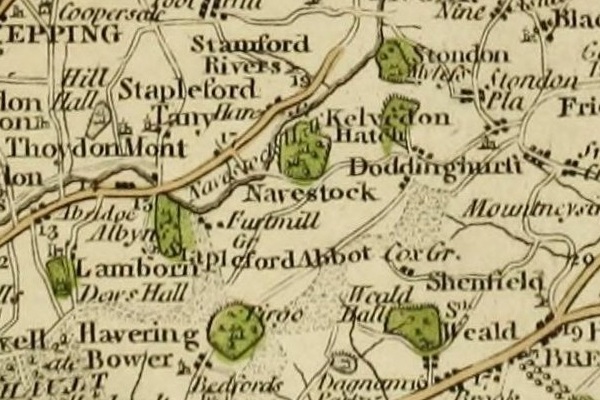 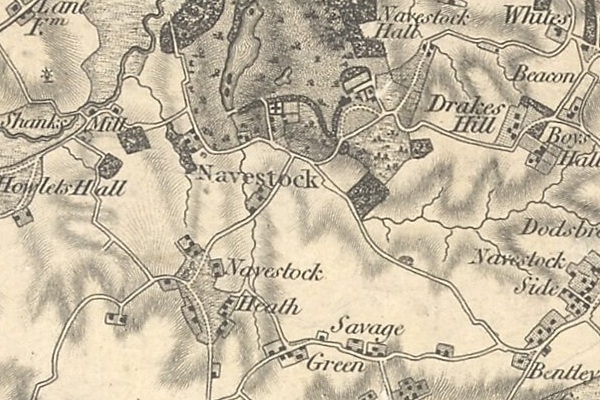