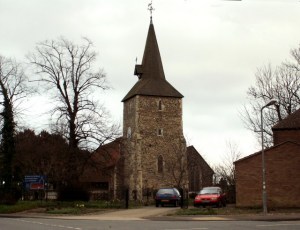 STIFFORD is a healthy and pleasant village, in a fine undulated and richly wooded country, on the south side of the Purfleet, or Marditch brook, 2 miles North of the Thames, 3 miles West of Orsett, and 19 miles East of London.

Its parish contains about 350 inhabitants, and 1547 acres of land.

It has its name from a ford which crossed the brook near the present bridge, and the farm called Ford Place, which was the seat of the late Rev. Dr. Hogarth. Another farm, called Flethall, or Clays, is a mile North East of the church.

Stifford Lodge is the pleasant seat of J.B. Freman, Esq., but R.B. Wingfield lord of the manor, and he and William Wingfield, Esq., are owners of nearly all the parish. The Embroiderers' Company were formerly lords of the manor and owners of the advowson.

The Church (Virgin Mary,) is an ancient structure of flint and stone, with a tower containing three bells, and crowned by a shingled spire. It has a nave, south aisle; chancel, and south chapel, and on the floor are several ancient brassess.

The poor parishioners have a yearly rent charge of 20s. out of Cat's mead, left by John Durninge, in 1631.

Back to History of North Stifford (Stifford) 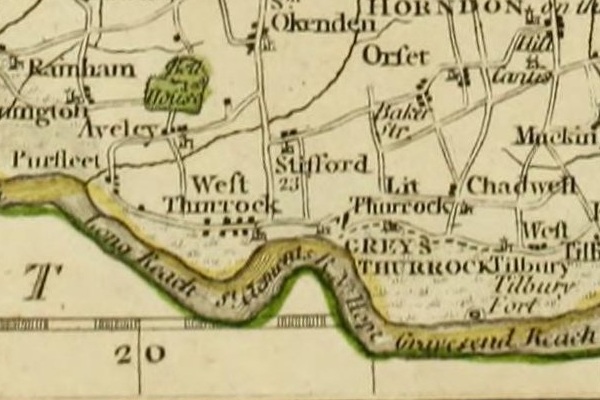 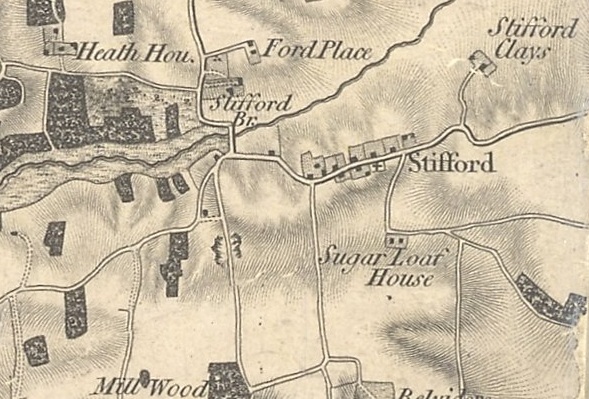