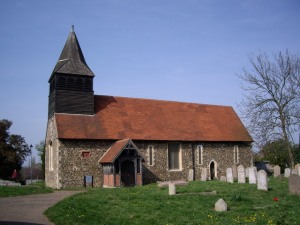 NETTESWELL parish has a small village, called Netteswell Cross, in a picturesque valley, 2 miles South West of Harlow, and a mile North East of the church.

It contains 336 souls, and 1,521 acres of land, including 167 acres of open field and common lands, about to be enclosed, and called Netteswell and Copsal Common, Tye Green, etc.

Charles Phelips, Esq., is lord of the manor, but part of the soil belongs to T. Collins, Esq., and several smaller proprietors.

This manor was given by king Harold to Wa1tham Abbey, and after the Dissolution, it was granted to Richard Higham, Esq. It afterwards passed to the Weston, Marten, and other families.

Burnt Mill, on the east side of the Stort, is in this parish, and obtained its name from its having been twice destroyed by fire. Near it is a Station on the North Eastern Railway.

The Church is a small ancient structure, with a wooden turret, containing three bells, and crowned by a spire. In one of the walls is a portion of curious ornamental brick work.

A yearly salary of £30 is paid to the master, and the sum of the dividends are expended in repairs, and in purchasing books for the 20 free scholars, (boys and girls,} who are taught reading, writing, and arithmetic. The master is allowed to take 20 pay scholars.

Two small almshouses, supposed to have been given by Mrs. Marten, widow of the founder of the school, were converted into an infant school in 1848.

The poor have 1Os. a year from Emanuel Woolley's charity.

Back to History of Netteswell 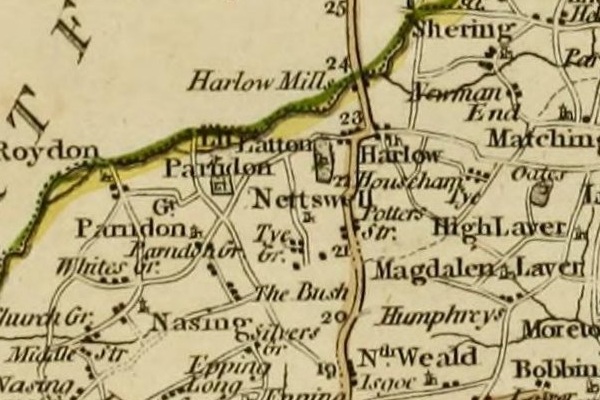 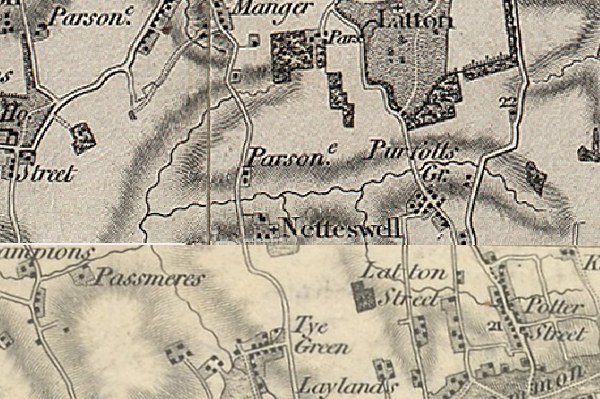