NORTH WEALD BASSETT is a scattered village, partly called Weald Gullet, and situated from 2½ to 3½ miles North East of Epping.

Its parish contains 886 inhabitants, and about 3000 acres of land, including a common of 300 acres, and the hamlets of Haslingwood and Thornwood, which are in Harlow Hundred, more than a mile West of the church, and contain nearly one half of the parish and its population; Thornwood having 293,and Haslingwood 134 inhabitants.

The parish was called North Weald from its proximity to the northern woods of Epping Forest, and had the latter part of its name from its ancient owners, the Bassett, or Basset family.

Lady Puller is now lady of the manor, and owner of a great part of the parish, but here are two small manors, called Cawnes and Marshalls, the former belonging to Merton College, Oxford; and the latter to J. A. Houblon, Esq.

Weald Hall, now a farm-house, had formerly a free chapel and a large park. The site of the latter is still called Park Fields.

In the reign of Henry II., the manor of North Weald belonged to Henry de Essex, whose grandson gave it to Philip Basset, with whose daughter it passed in marriage to the Despensers. It was afterwards held by the Plantaganets, Montacute, Nevill, Rich, and Cheke families. 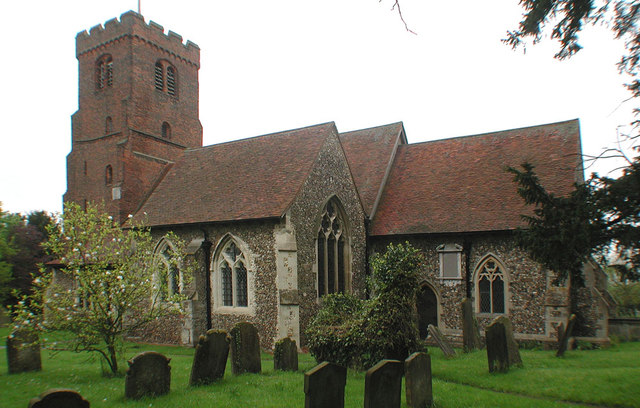 The Church (St. Andrew,) is a small ancient building, with a high brick tower, containing six bells. It has a chancel, nave, and south aisle, and, at the end of the latter is a small chapel.

On a tombstone are some well-executed brasses, on which are engraved effigies of Walter Larder and his lady, with their three sons and two daughters, who died in the 17th century.

The church was appropriated by Cicely de Essex to Clarkenwell Priory, in London.

Here is an Independent Chapel, built in 1826.

Simon Thorogood, about 1650, left £50 towards building the school, which he endowed with a yearly rent of £10 out of an estate called Hartgraves, in Barking.

The schoolmaster occupies the school-house rent free, and he and his wife teach reading gratuitously to 20 boys and 20 girls. They are now taught with the children of the National School.

In 1809, Anna Manning Burrell left £400, now £372.15s. new 3½ per cents., and directed the dividends to be given yearly, in equal shares, to four poor aged widows of this parish, by the vicar and churchwardens.

The value of 36 bushels of barley is distributed annually among the poor parishioners, as a charge on 6A. of land belonging to the impropriate rectory. This charity is supposed to have been give by a Dr. Searle.

Back to History of North Weald Bassett 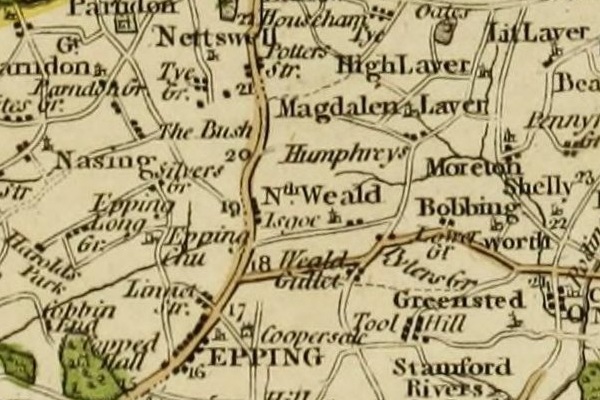 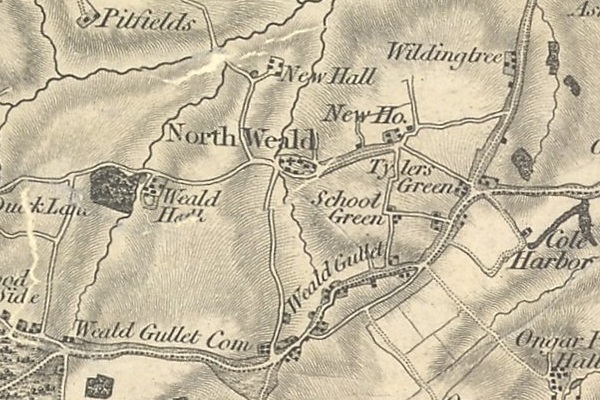