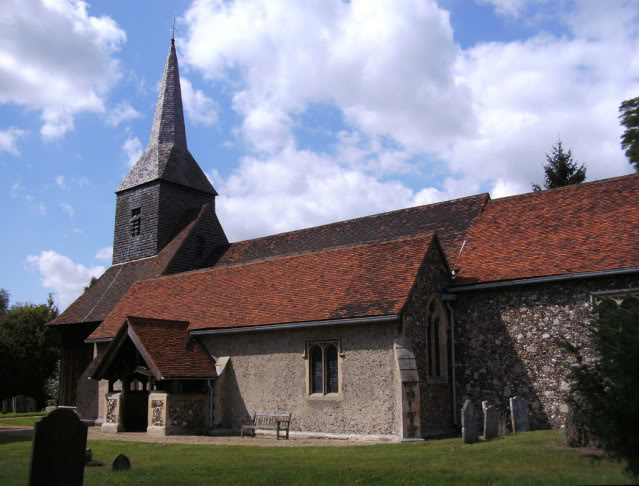 MARGARETTING, a small pleasant village, on the London road, 4 miles South West by South of Chelmsford, and nearly 2 miles North East of Ingatestone, has in its parish 570 souls, and 2,260 acres of light fertile land, including 180A. of wood.

It is traversed by the Eastern Counties Railway; and tbe church is more than a mile south of the village, and less than a mile from the Railway Station at Ingatestone.

The parish is bounded on the east by the small river Wid, near which it has some rich meadows or ings, from which, and the patron saint of the church, it derived its name.

Lord Petre is lord of the manor of Magaretting Hall, which has been held by his family since 1592.

John Attwood, Esq. M.P., is lord of the manor of Coptfold Hall, an elegant modern mansion, now occupied by Joseph Alfred Hardcastle, Esq., M.P. for Colchester. This hall is delightfully situated in a small park, on a commanding eminence, 3½ miles South West of Chelmsford.

Peacocks, another handsome residence, on the east side of the parish, near the river, is the seat of George Straight, Esq., and stands near the site of Shenfield Manor House, which was surrounded by a moat, and had a draw bridge, guarded by watch towers.

The Church (St. Margaret,) is a very ancient building, with a wooden tower, containing four bells, and crowned by a shingled spire. It has a nave, south aisle, chancel, and north and south porches. The latter are of wood, in the Tudor style. The lower part of an ancient screen remains; and one of the windows is filled with stained glass.

The Vicarage, valued in K.B. at £9.2s., and in 1831 at £168, is in the patronage of the representatives of the late B. Hopkins, and incumbency of the Rev. W. Jesse, B.A. The vicarial tithes have been commuted for £191.5s., and the rectorial for £431.5s. The latter are in the impropriators of G. Straight, Esq. The Vicarage House stands near the railway, and is a good residence.

In 1625, John Tanfield charged the manor of Coptfold Hall with the distributiun of 10 dozen of penny loaves, among the poor, during Lent; but the present owner distributes a much larger quantity.

The Rev. Charles Frederick Bond, in 1827, left £100 Bank Stock, and directed the yearly dividends (£8,) to be applied in supporting a Sunday School, and in providing the children with prayer books, etc.

Back to History of Margaretting 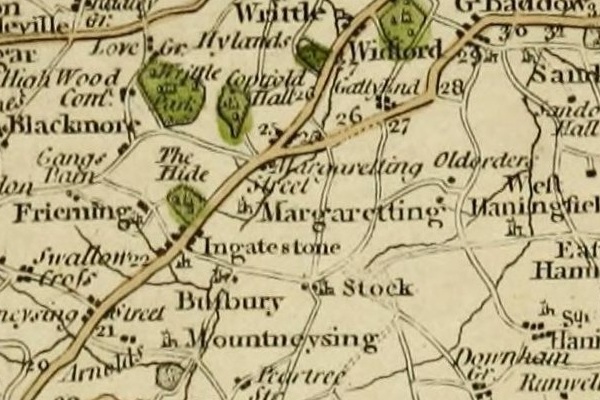 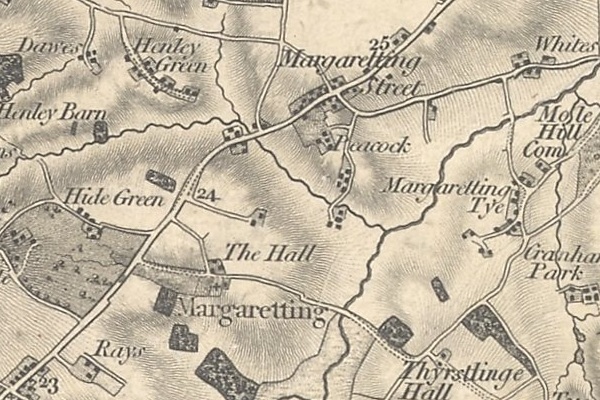