History of Maldon >> Education in Maldon

Reports and returns on schools and education in Maldon. These allow a glimpse into the education your ancestors may have received if they were from this parish.

"All Saints Parish Population 719. About a century ago, Dr Plume Dean of Rochester left by will two estates for various charitable purposes, and among these for educating clothing and apprenticing 10 poor boys; in 1811, the numbers were increased by the trustees to 15, and the following year to 20; and in 1630, Mrs Wentworth left a tenement in Maldon for charitable uses, and directed that out of the profits the trustees should pay yearly for the education of 3 poor boys, who were about three years since increased to 5.

The vicar mentions that in Morant's History of Essex, it is stated that 'Ralph Breeder, one of the aldermen of this borough, who died 2d March 1608, gave £300 for the purchase of an estate for the maintenance of a master, to be appointed by the bailiff's and aldermen, to teach a grammar school'. This, together with the charter and other property belonging to the corporation, is said to have been lost about 50 years ago. The charter was restored in 1810; and part of the property it is understood has since been recovered.

St Mary Parish Population 1,146. Two Daily Schools: whereof one contains from 10 to 20 children of both sexes, and the other (commenced 1832) 5 males and 15 females, all of whom receive instruction at the expense of their parents.

St Peter Parish Population 1,870. Three Daily Schools: in one of which (commenced 1820) are 17 children of both sexes; in another (commenced 1823) 20 females; and in the other (commenced 1830) 40 males; in these Schools the children are instructed at the expense of their parents. Four Day and Sunday Schools: one containing 129 males, and another 134 females, daily, with 2 additional in each School; on Sundays these are partly supported by endowment, partly by subscription, and partly by small payments from the children; the other two respectively contain 147 males and 148 females, and are supported by voluntary contributions, and penny weekly payments from the parents of the children."

Back to History of Maldon 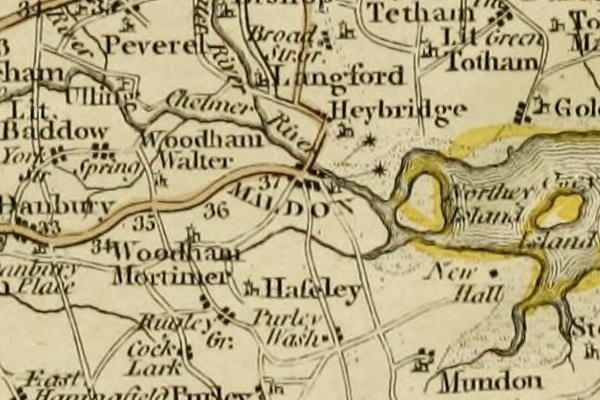 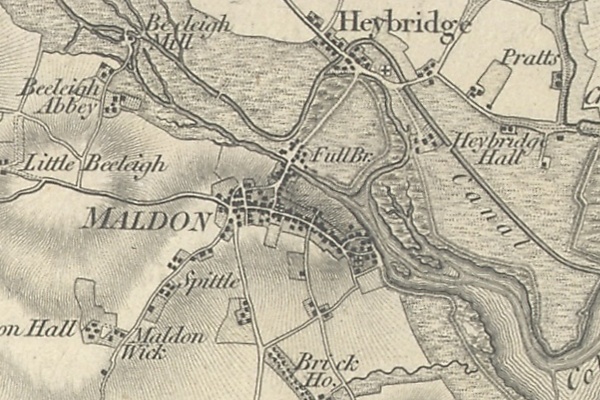