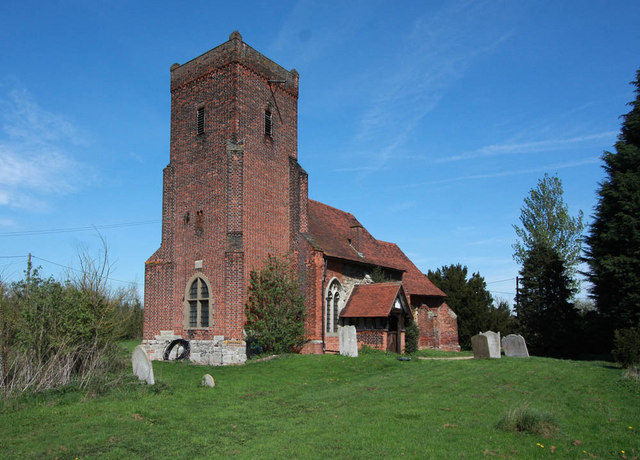 In the reign of George III. a large army was encamped here, and in the parish are Warley Barracks, built by Government, about 1805, for 2000 cavalry; but after being long unoccupied, they were purchased in 1842 by the East India Company, at the cost of £17,000, together with 120A. of the common. From this Depot they send annually about 1000 young men to India.

On the common the Company have built 40 cottages for the use of married soldiers.

Near the barracks, the Essex magistrates purchased in March, 1848, at the cost of £8000, about 80A. of land, on which they are about to erect a large County Lunatic Asylum.

Lord Headley is lord of the manor, which belonged to the Bishops of London from the time of the conquest till 1327. It was afterwards held by tbe Burnell, Tyrell, Bennett, and other families. Lord Petre, the heirs of T. Cawkwell, and a few smaller freeholders have estates here.

The Hall, an ancient brick building, is occupied by a farmer. It is in the early Tudor style, and bas a richly ornamented gable and projecting chimney.

WARLEY LODGE, is a modern mansion, belonging to Lord Headley, and occupied by F. Scully, Esq. It stands on a commanding eminence, and has some finely wooded pleasure grounds.

The Church (St. Peter,) is a small antique structure, except the tower, which wall rebuilt in 1718.

In 1693, Hugh Chappington left a house and 16A. of land here to his nephew and the heirs of his body, or in default of such issue (which happened in 1706) to the poor parishioners. The house is in four tenements, occupied by poor families, and the land is let for £17, which is applied in distributions of coals.

Back to History of Little Warley 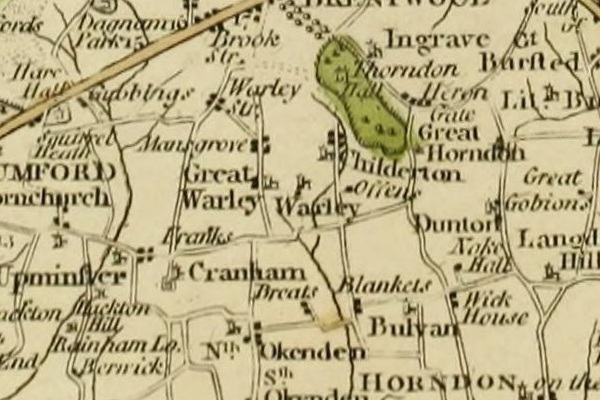 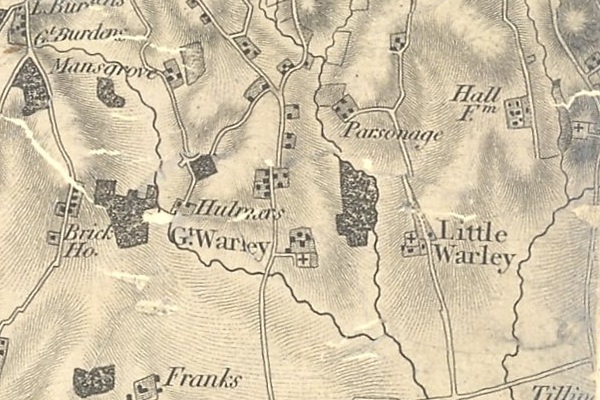