WALTHAM, (LITTLE) a pleasant village on the east side of the river Chelmer, and on the Braintree road, 4 miles North of Chelmsford, has in its parish 600 souls, and 2,209A. of fertile land, including 118A. of wood.

The village is on a gentle slope, and adjoining it are some houses in Great Waltham parish. About nine years ago, a neat iron bridge was erected here, in lieu of an old wooden one called Wingford Bridge.

J.J. Tufnell, and M.W. Bird, Esqrs., own a large portion of the soil, and the latter has a neat mansion here, on the south side of the village. The estates called Powers, Sheep-cotes, Walkfares, Boycroft, Blastard's-fee, Stonage, etc., are held by various owners, and some of them were formerly called manors. 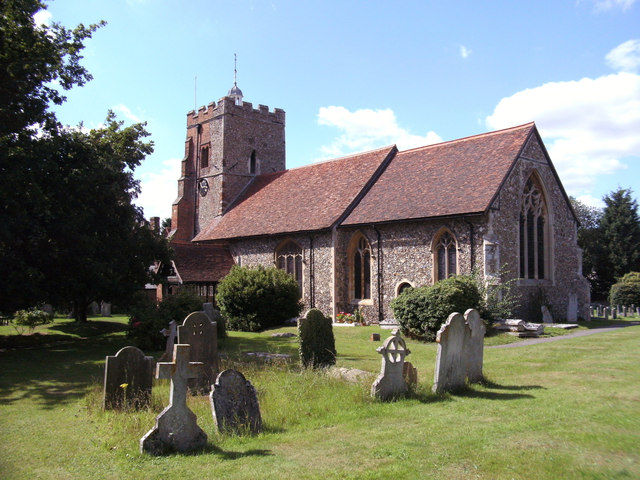 The Church (St. Martin,) is an ancient fabric, mostly in the Norman style. It consists of a small nave, chancel and porch, with an embattled tower at the west end, containing five bells.

It is kept in good repair, and the font and altar-piece are of modern workmanship. The south and east windows are insertions of the time of Edward II. or III., and contain some remains of stained glass. The porch is in the Tudor style, but the arch, opening into the church, is Norman, and has recently been restored. The tower has been raised a story, and buttresses added.

Here is an Independent Chapel, built in 1808, at the cost of £BOO. Attached to it is a school, supported by subscription.

Back to History of Little Waltham 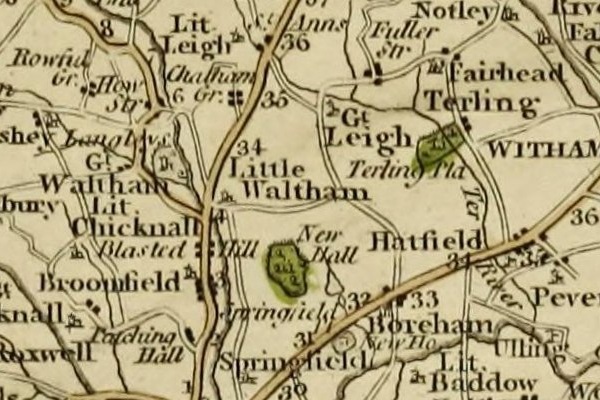 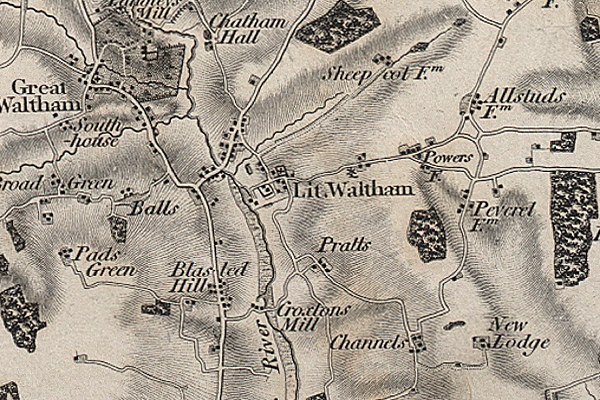