LITTLE BADDOW, a scattered village on the picturesque acclivities above and near the confluence of the river Chelmer and the Sandon Brook, 4 miles East by North of Chelmsford, has in its parish 2138 acres, and 592 inhabitants, including MIDDLE MEAD hamlet, which has 176 souls, and about 500 acres, locally situated in Dengie Hundred.

Lord Rayleigh is lord of the manor, but part of the soil belongs to the Strutt, Pledger, and other families. The copyhold fines are equal to 1½ year's rent, and there is in the parish about 306A. of woodland.

The manor house of Tofts is the seat of Major General Strutt. and was formerly a residence of the Barrington family. 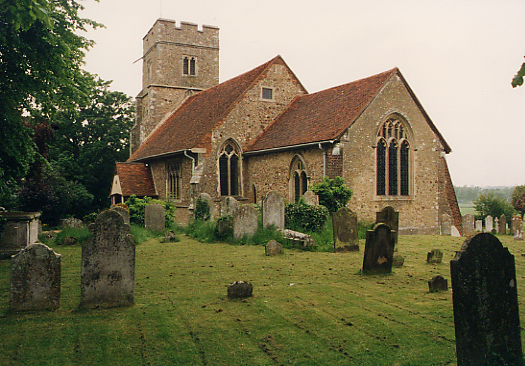 The Church (Virgin Mary,) is a small ancient fabric, with a tower and four bells. In the chancel is a stately marble monumental of that great warrior, Sir Henry Mildmay, who died in 1639, and resided at Graces, in this parish, anciently a seat of the Le Grass family.

Sir Henry was knighted on the field of battle, in the Irish wars, and his statue is represented clad in armour, in a reclining posture. At the foot of the monument are two kneeling female figures. In a recess in the south wall are the effigies of two females, supposed to represent the founders of the church.

Here is an Independent Chapel, with a house for the minister, built about 1670, by one of the Barringtons, for a minister who was ejected from Boreham.

Attached to it is a Lancastrian School, endowed with £25 a year from Butler's Charity, for the education of 13 boys and 12 girls. Twenty of the children are also clothed and provided with books, at the expense of the same charity.

Two tenements and an acre of land have long been vested with the parish officers for the use of the poor.

Back to History of Little Baddow 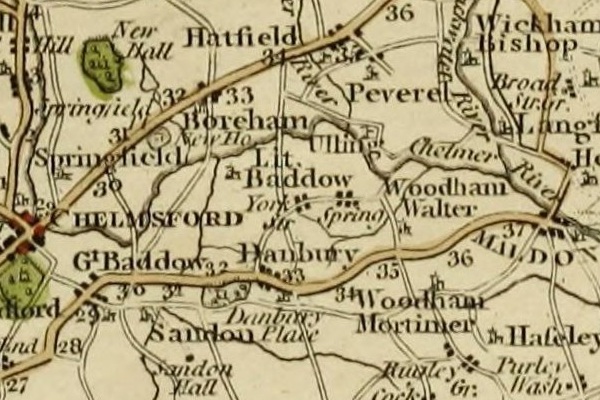 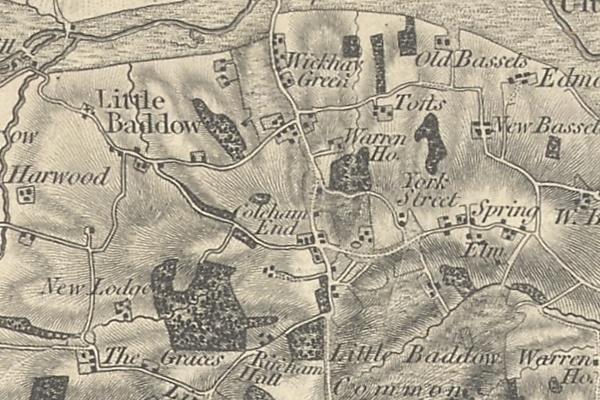