History of Leigh on Sea LEIGH, a small ancient town, port, and fishing station, with a custom house and coast-guard, is mostly situated at the foot of a woody acclivity, on the north shore of Hadleigh Bay, or Leigh Roads, opposite the east point of Canvey Island, in the estuary of the busy Thames, 4 miles West of Southend, 5 miles South West of Rochford, and 39 miles East of London.

The houses extended along the beach are generally small, but there are several neat mansions, with sylvan pleasure grounds, on the acclivity, which rises to considerable height, and affords, from various stations, extensive prospects of the Thames, and the numerous vessels constantly flitting to and fro upon its expansive bosom.

The trade consists chiefly in the shrimp, oyster, and winkle fishery. The quality of the shore here, which renders it peculiarly adapted for the breeding of oysters, was accidentally discovered in 1690, by a fisherman of the name of Outing, who took it on a lease, and soon acquired an independent fortune.

The oyster fishery now under the management of a company, who annually provide proper vessels to go out for the spawn of the oyster, found in a jelly-like form in various places, particularly near Cancalle Bay, on the coast of France.

This substance, laid on the sands, in a few months acquires consistency, and the shells and young brood are formed. Besides great quantities of oysters in the season, nearly a thousand gallons of shrimps are sent weekly to London.

The boundary stone, marking the extent of the jurisdiction of the Lord Mayor of London, as a conservator of the Thames, is about 1½ mile east of Leigh, on a stone bank, a little below high water mark, and it is annually visited in form by the Corporation.

Lady Olivia Bernard Sparrow is lady of the manor of Leigh, or Lee, which was held by Ralph Peverall at the Domesday Survey, and afterwards by the Rochford, Bohon, Boteler, Bullen, Rich, and Bernard families.

Three copious springs supply the inhabitants with pure water, and the parish contains 1271 inhabitants, and 2331 acres of land, including a long narrow island, called Leigh Marsh, between which and Canvey Island, are the oyster layings. A fair for pedlery, etc., is held in the town on the second Tuesday in May. 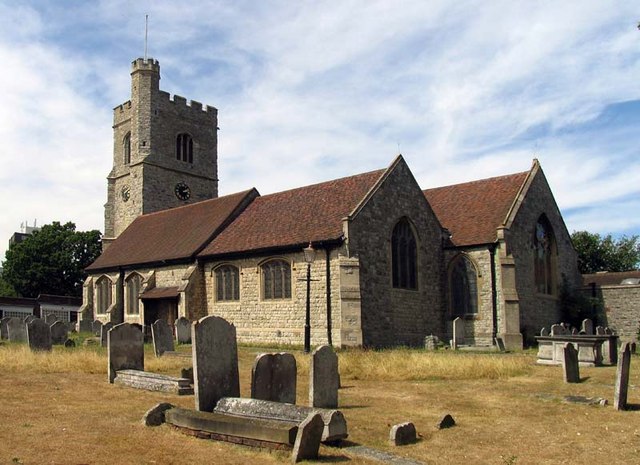 St Clement's Church, Leigh on Sea.
© Copyright John Salmon contributor to the Geograph Project and licensed for reuse under this Creative Commons Licence

The Church (St. Clement,) is a large ancient structure, near the crown of the hill, and has a lofty ivy-mantled tower, containing five bells. It has a nave, aisles, and chancel, in the perpendicular style, and the latter is embellished with two painted windows, carved oak stalls, etc., and contains several handsome monuments. The nave is neatly fitted up, and has a good organ, given by the present incumbent.

The rectory, valued in K.B. at £15, and in 1831 at £500, is in the patronage of the Bishop of London, and incumbency of the Rev. Robert Eden, who is also rural dean, and has erected a handsome Rectory House in the Elizabethan style. The tithes were commuted in 1847.

The Wesleyans have a chapel here, and in the town is a large Free School, attended by about 170 children, and supported by Lady O.B. Sparrow, who established it about 16 years ago, for the gratuitous education of children of this parish and Hadleigh, in accordance with the principles of the Church of England.

Besides a liberal endowment for the support of the master and mistress, her ladyship has founded a lending library, in connexion with the schools. Though the foundress has thus made ample provision for the educational wants of the poor of the two parishes, and though her scholars attend the church, owing to some difference in religious sentiments.

National Schools were built here, under the auspices of the Rector and the Diocesan Society, in 1847, in the mixed Elizabethan style, at the cost of about £1500. These schools are of Kentish rag-stone, and are 90 feet long and 82 broad, including residences for the curate and master. The first stone was laid August 12th, 1847, and the building corresponds with the style of the church tower, which is of the 15th century.

In 1711, Sir Samuel Moyer extended the legacies of his grandfather and uncle to £200, and in consideration of that sum, directed his executors to grant a yearly rent-charge of £10, to be applied as follows: 21s. for a sermon on the 6th of August, 5s. for the clerk, and the remainder to be distributed among poor and decayed fishermen and fishermen's widows of Leigh. This rent-charge is now paid out of the Harcourt estates.

Back to History of Leigh 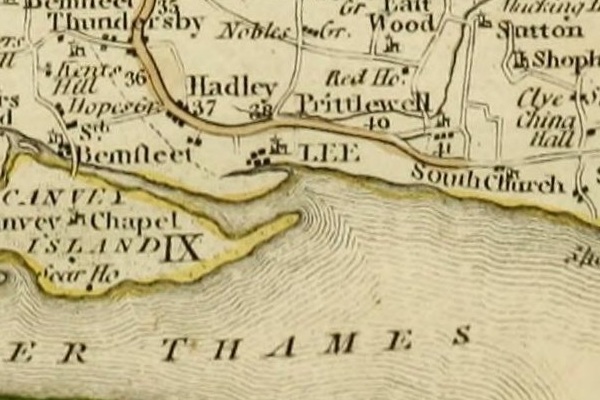 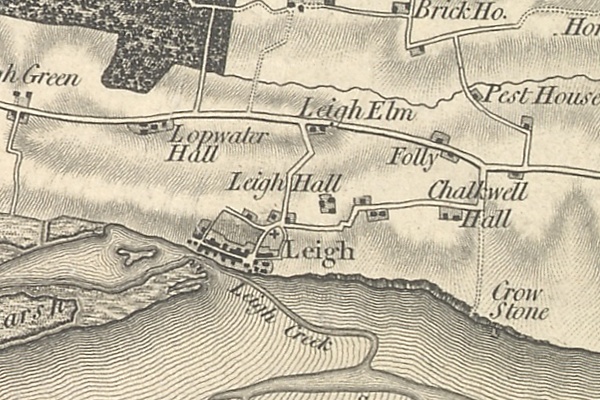