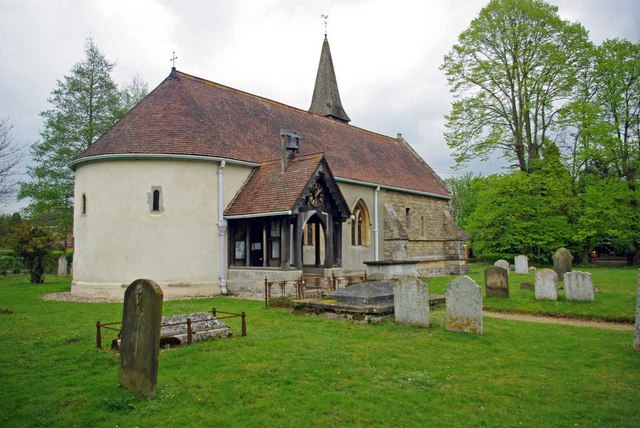 LANGFORD is a small village on the north-east side of the river Blackwater, and near the railway, 2 miles North West of Maldon. Its parish contains 257 souls, and 1076A.1R.3P, of fertile land.

On an eminence, in a large and finely wooded park, is the handsome modern mansion, called Langford Grove, now unoccupied, but formerly the seat of J.E. Westcombe, Esq., the late lord of the manor, and owner of most of the soil. He died intestate, and his property descended to his neices, the three Misses Westcombe, one of whom is now married to the Hon. G.A. Byron, son of Lord Byron.

The Hall is now a farm-house, and has in its court a large basin and fountain, supplied by an artesian well.

At the Conquest, the manor belonged to Ralph Baynard, but in the reign of Henry I. it passed to the Fitzilbert, and afterwards to the Bourechier, Smith, and Harvey families. It was purchased by Nicholas Wescombe, Esq., in 1680, and has since remained with his family.

Thomas Langford, a Dominican friar, author of an universal chronicle, was a native of this parish, and flourished in the early part of the 14th century.

The Church (St. Giles,) is a plain early Norman structure, with a semi-circular west end, and a small belfry, containing three bells, and crowned by a short spire.

Back to History of Langford 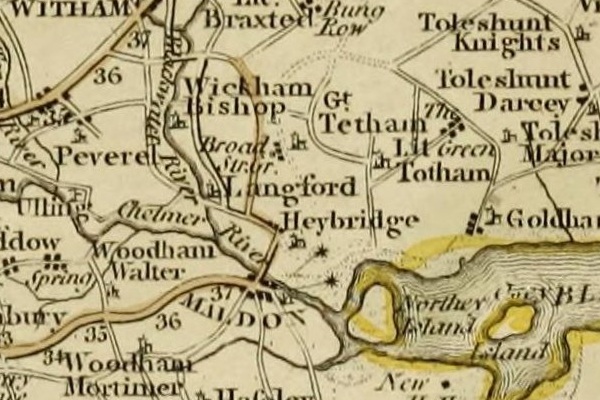 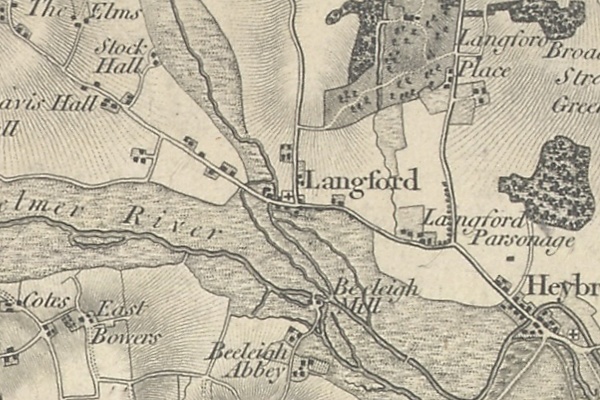