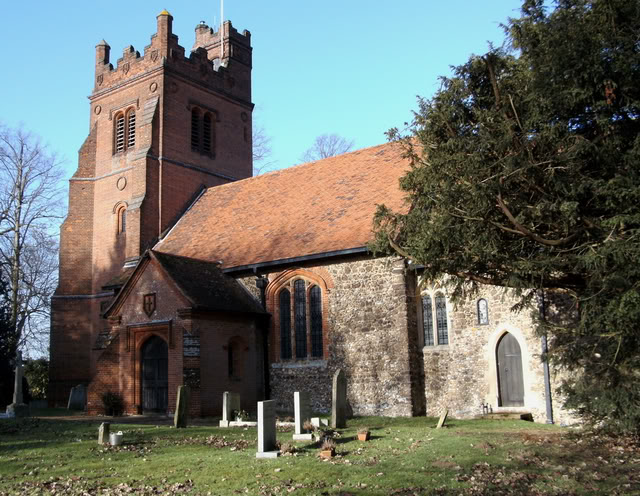 All Saints' Church, Inworth
© Copyright Peter Stack contributor to the Geograph Project and licensed for reuse under this Creative Commons Licence

INWORTH, a small village on a pleasant eminence, 1½ miles South East of Kelvedon, and 10 miles East South East of Colchester, has in its parish 591 inhabitants, and 1555A. 3R. 11P. of land, extending northward to the river Blackwater, near Kelvedon, and including many scattered houses, and a silk mill.

The soil is a strong fertile loam, and is well cultivated, except a small portion at the south end of the parish, adjoining Tiptree Heath.

It has been variously spelt Inneword, Inford, and Innesworth, and is in two manors, which are not mentioned in Domesday Book.

J. H. Blood, Esq., is lord of the manor of Inworth, which was held by Helenstow Nunnery, in Bedfordshire, and afterwards by the Carew, Racket, and other families. Mr. Joseph Green is owner of the small manor of Chedingswell, which has been held by the Pascal, Rich, Colvill, St. John, and Barnard families. Thomas Bridges, Esq., and several smaller owners, have free and copyhold estates in the parish.

The Church, (All Saints) is a small ancient fabric, with a wooden turret, erected in lieu of the old steeple, which fell down many years ago. A small antique porch on the south side is built of Roman bricks and flints. In the wall near the altar, is an ancient piscina, and within the church are some remains of a Roman tessallated pavement.

The gallery and pews are of modern erection, and the east window has been enriched with stained glass. A fine Norman arch opens into the chancel, and part of an ancient richly carved screen still remains.

Back to History of Inworth 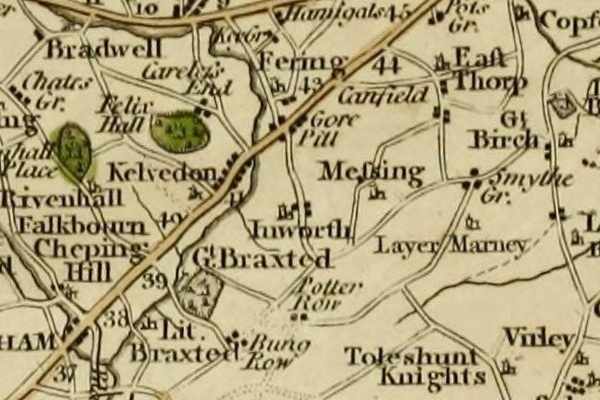 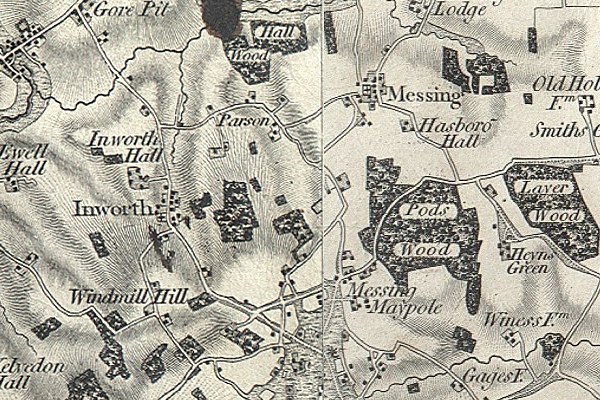