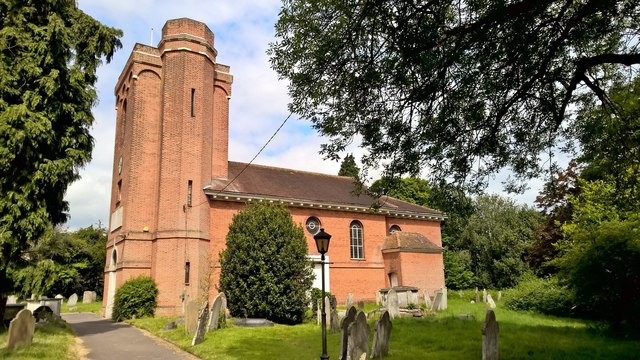 INGRAVE, a handsome village at the north end of that of Herongate, and on the east side of the extensive park of Thorndon Hall, is delightfully situated, 2 miles South East of Brentwood, and its parish contains 1792A. 2R. of land, partly in the park, and partly in open and common lands, which are about to be enclosed. It had 530 inhabitants in 1841, and now about 600.

Lord Petre is the lord of the manor, and owns a great part of the soil, and the rest belongs to the Trustees of T. Lowndes, Mrs. Read, and several smaller owners. The manor was anciently called Ging-Ralph, or Ralph's-ing, from its owner at the Norman Survey. It was held of the barony of Swainscamp, by the Montchensy family, and it afterwards passed to the De Ginges, Gossalin, Fitz-Lewis, and Mordaunt families. It was purchased of the latter by Sir William Petre, father of the first Lord Petre.

The two parishes of West Horndon and Ingrave were ecclesiastically consolidated in 1734; and in 1738, Robert, Lord Petre, erected here a new Church, (St. Nicholas) in lieu of the two old parish churches, which were taken down. It stands nearly at an equal distance from the sites of the ancient churches, and is a neat brick structure, with a tower and five bells.

The internal arrangements are singular, more like those of college chapels than an ordinary parish church.

The Rectory House is in this parish, near the site of the old church, and is a plain but comfortable old English mansion.

There are three schools in the parish: one under the management of the rector, for children belonging to the established church; and two patronized by Lord and Lady Petre, for the children of Roman Catholic families.

The parish has a house and 1A. 3R. of land, given by an unknown donor. The house is occupied by paupers, and the land is let for £5.10s. a year, which is carried to the poor rates.

The Rev. J. Sidden, Lord Petre's chaplain, has a neat house here, and in the parish and neighbourhood are several other handsome residences.

Back to History of Ingrave 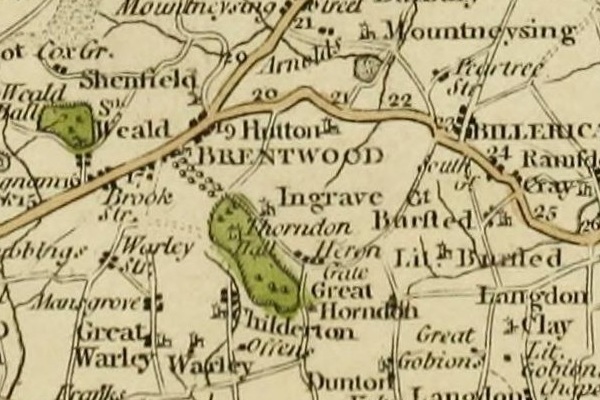 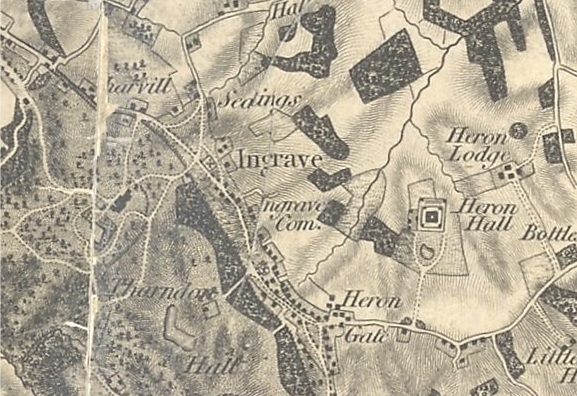