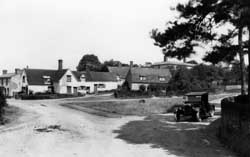 HADSTOCK, a village and parish at the north end of this Hundred, adjoining Cambridgeshire, 1½ mile South of Linton, and 5½ miles North by East of Saffron Walden, contains 490 inhabitants, and 1665 acres of land, bounded on the east by the river Granta.

S. Malthus, Esq., is lord of the manor; but part of the soil belongs to W. Davey, John Smoothy, R.M.J. Cottingham, and other proprietors, mostly copy-holders, subject to arbitrary fines. An estate, or reputed manor, called Segons, or Vances, pays quit rents to Horseheath Hall. 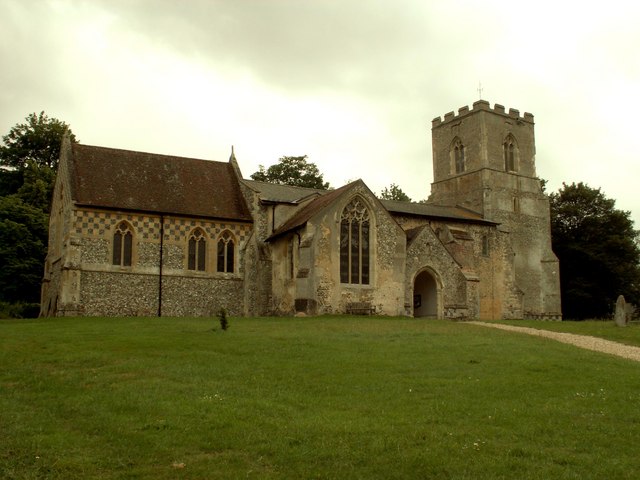 The Church (St. Botolph,) is a large and very ancient fabric, of flint and stone, with a nave and aisles, a transept, a chancel, and a tower, containing five bells. The north entrance is under a massive Norman arch, slightly ornamented with carvings. The screen has been removed to the west end, and exhibits a curious specimen of carved work, in which is seen a fox delivering a lecture to a flock of geese.

The poor parishioners have three yearly rent-charges, viz., 13s.4d., out of Newnham Hall in Ashdon, left by the Rev. E. Sherbrooke; 5s. out of a farm at Linton, given by John Bowtell; and 5s. out of land enclosed from the waste, by Robert Spencer. They have also the interest of £20, given by an unknown donor.

Back to History of Hadstock 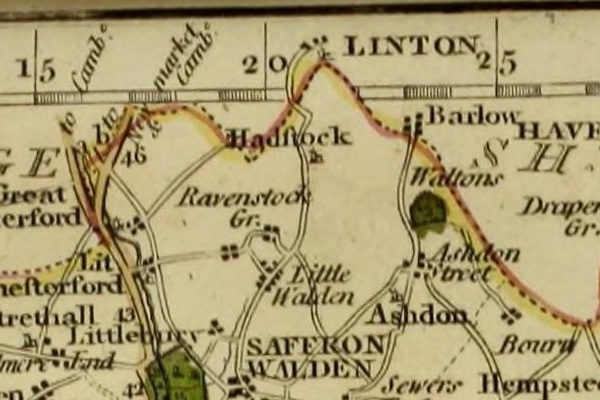 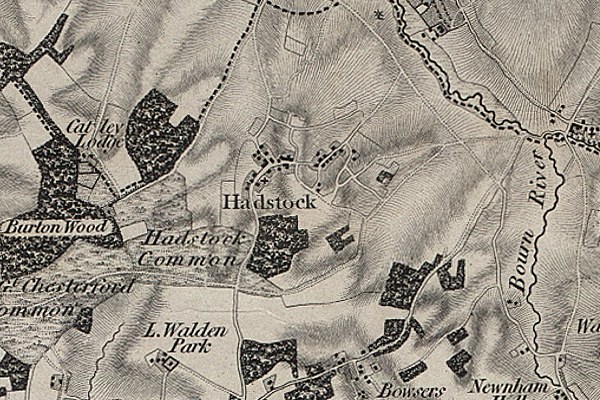