CLACTON, (GREAT) a large village on an eminence, about a mile from the sea beach, and 14 miles South East by East of Colchester, and South South West of Harwich.

It has in its parish 1296 inhabitants, and 3964A. of land, including Copping Green, Magdalen Green, Clacton Wick, and Clacton Cliffs, on the seashore, where there are three martello towers, erected for the defence of the coast during the late war, and now occupied as a signal station by the coast guard, though no guns are mounted.

A fair is held in the village on June 29th, and a small customary market on Tuesday evenings.

Wm. F. Nassau, Esq., is lord of the manor, anciently held by the Darcy and other families; but a great part of the soil belongs to Guy's Hospital, Danl. Howard, Esq., W. Nicholson, Rt. and Jas. Page, and several smaller owners.

Can Hall, now a farm house, was so called from its belonging to the canons of St. Osyth. Aulton Park farm was left by S. Travers, Esq., for charitable uses. 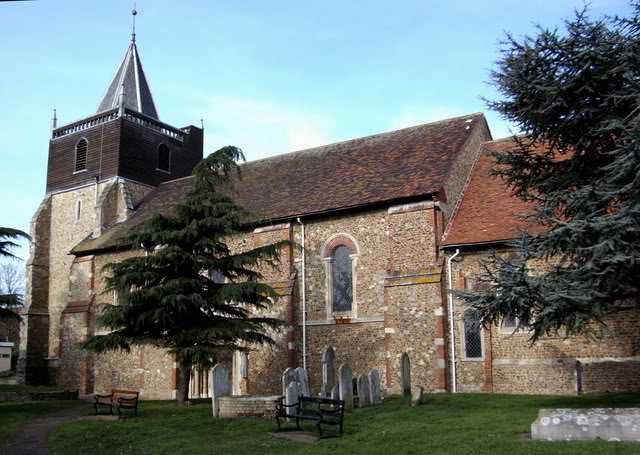 The Church (St. John) is an ancient structure, with a tower, containing five bells, and crowned by a shingled spire, which was rebuilt in 1810. The interior is neatly fitted up, and has three galleries, two of which were erected in 1837, when a number of free sittings were provided in consideration of a grant from the Church Building Society.

Here is a small Wesleyan Chapel, built in 1824.

In 1827, James Maskell, built and endowed a small Almshouse here, for three poor people, who have each 2s.6d. and a quartern loaf weekly.

The poor parishioners have a rearly rent-charge of £4 out of a farm called Pearles and Steylands purchased with £100 left by Hy. Rainsford, in 1738. They have also the dividend of £50 three per cent. Imperial Annuities, purchased with the benefaction of an unknown donor.

Back to History of Great Clacton 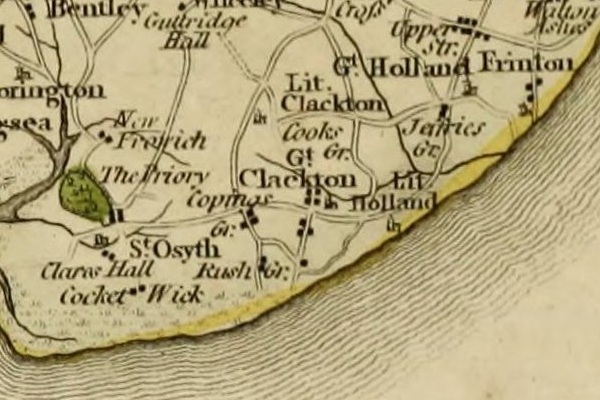 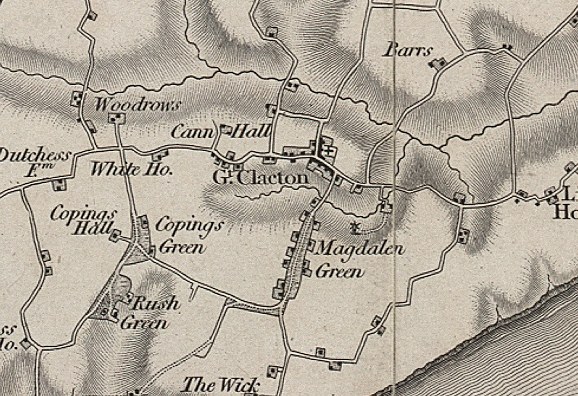