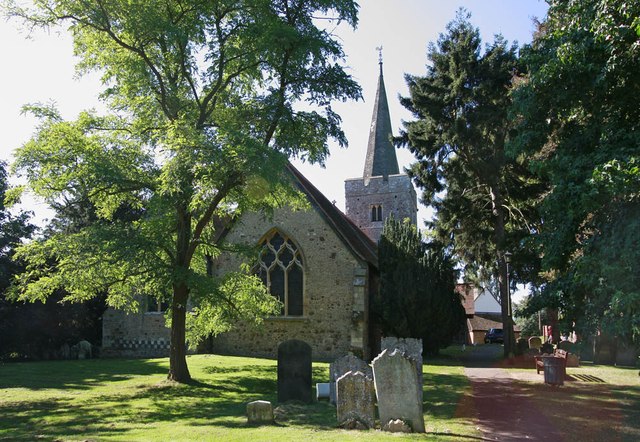 BURSTEAD, (GREAT) or Great Burghsted, is a pleasant scattered village, near the head of the river Crouch, from 1 to 2 miles South South East of Billericay, and has 884 inhabitants, but its parish comprises 2168 souls, and 3620 acres, of which, about one half of the land, 1284 souls are in the town and chapelry of Billericay, which maintains its poor jointly with Great Burstead, as one township.

Ingar held the manor of Great Burstead, in the Confessor's reign, but the conqueror gave it to Odo, Bishop of Bayeux, on whose disgrace it reverted to the Crown, and was granted to the Mareschall family. Stratford Abbey had a Grange here, and held most of the parish till the dissolution.

In 1551, this estate was granted to Sir Richard Rich whose descendants held it till 1600, when it was sold to Sir John Petre, an ancestor of Lord Peter, the present lord of the manor, impropriator of the rectory, and owner of most of the soil.

The farm called Blund's Walls, about a mile West of Billericay, was anciently a seat of the Blund family, and has the latter part of its name from an entrenchment, of which there are still distinct remains, consisting of a ditch and rampart, including about four acres, partly in the farm yard. The rampart is considerably above the level of the fields, but several artificial mounds with the enclosure have been nearly levelled.

On a high hill, between Great Burstead and Billericay, have been found, at various periods, fragments of urns, paterae, and other earthen vessels, about three feet below the surface, together with Roman copper coins and two silver ones, of the emperors Trajan and Adrian. Numerous specimens of vases, urns, etc., were dug up here in 1847, and these and the other discoveries clearly prove that there was a small Roman station and burial ground here.

The estate called West House, half a mile West of the parish church, was held by the Lumleys, who sold it to Guy's Hospital. 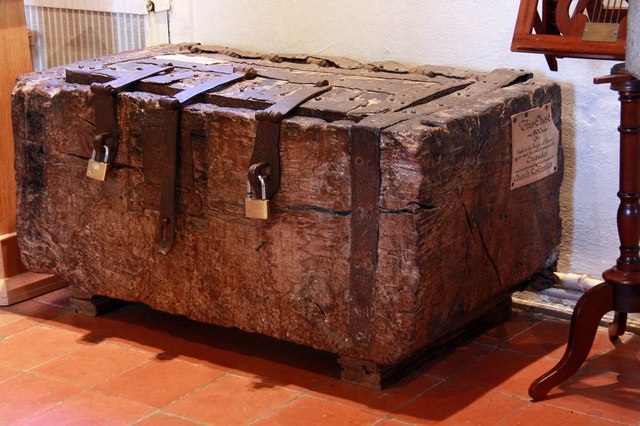 Parish Chest in the Church, Great Burstead.
© Copyright John Salmon contributor to the Geograph Project and licensed for reuse under this Creative Commons Licence

The Church (St. Mary,) has a nave, with aisles, a chancel, and a north chapel. There are two ornamental niches on the south side of the communion table; and the entrance door on the north has a pointed arch, with rich mouldings.

Back to History of Great Burstead 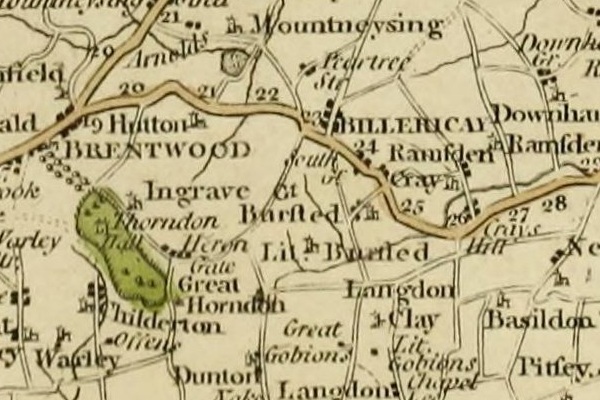 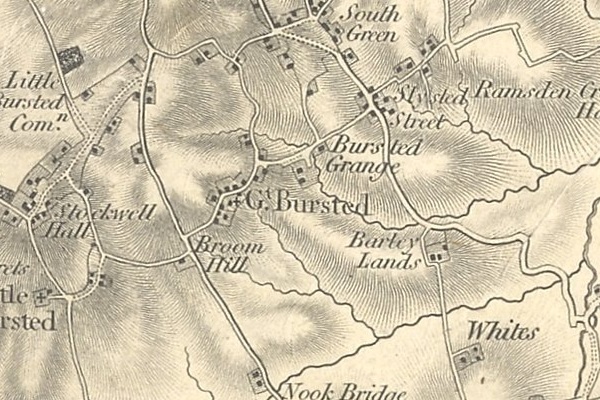