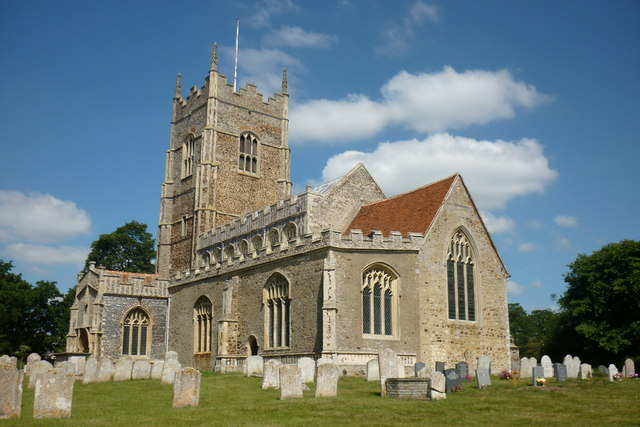 BROMLEY (GREAT) is a parish of scattered houses from 6 to 7 miles East by North of Colchester, containing 738 inhabitants, and 2956 acres of land, including Cold Hall, Cowey-green, Hare-green, etc. and giving rise to a small rivulet.

Lord Ashburton is lord of the manor, which has been held by the Magnaville, Langalei, Gresley. Dorewood, Mannock, and other families; but a great part of the soil belongs to W.S. Keymer, C. Nuun, and R. Robertson, Esqrs., and several smaller proprietors, partly copyholders, some subject to certain and others to arbitrary fines.

A small fair for pedlery is held here on April 28th.

The Church (St. George) is a large and handsome building, with a nave and lofty side aisles; and on the south side of the chancel is a chapel called the Patron's chapel. The roof of the building is of elegant and highly ornamented workmanship; and the lofty embattled tower contains six bells. There was formerly an abundance of painted glass in the windows, but much of it has been destroyed. In the chancel are several handsome marble monuments.

The parish is entitled to send free scholars to the Dedham Grammar School.

A house (called the Guildhall) occupied by eight poor families placed there by the churchwardens, and two acres of land, let in garden plots, have long been vested in trust for the use of the poor parishioners.

The Church Land, vested with 21 trustees, comprises a small farm of 27A., let for £34, which is expended in repairing and ornamenting the church.

At the late enclosure of Bromley Thicks, 4 acres were allotted to the inhabitants as a playground.

Back to History of Great Bromley 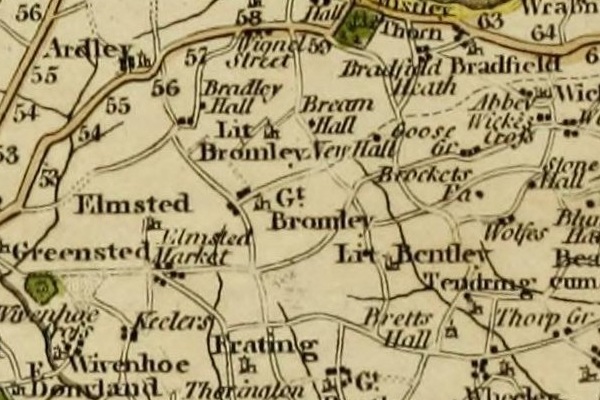 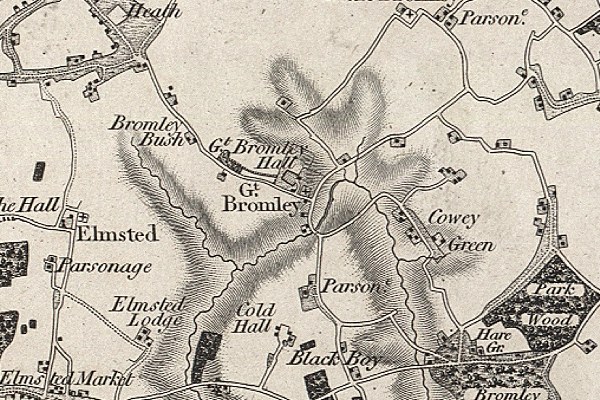