GRAYS THURROCK, or Grey Thurrock, is a small ancient town on the north bank of the river Thames, 20 miles East by South of Whitechapel, and 4 miles North West by West of Gravesend.

The London and Gravesend steam vessels call at the pier five times a day, and the town presents a scene of considerable traffic, especially in brick and tiles, of which large quantities are made here, and sent to London.

Here are also extensive lime quarries, in which many curious fossils are found. The town has likewise a large brewery, and a coast guard, consisting of a captain and seven men. It had formerly a corn market every Thursday, but it declined after the institution of that at Romford, about 30 years ago. It has still fairs for cattle, etc., on May 23rd and Oct. 20th. 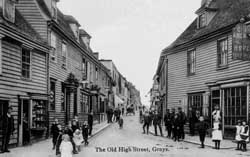 It received the distinguishing part of its name from the noble family of Grey, who held it more than three centuries. Richard de Grey procured it a charter for a weekly market on Friday (afterwards changed to Thursday,) and two annual fairs, in the reign of Henry III.; and the grant was confirmed by Edward III. The manor was granted by Richard I. to Henry de Grey, and it was held by his family till 1521, as parcel of the Duchy of Lancaster and honor of Mandeville. James Theobald. Esq., is now lord of the manor and owner of most of the soil.

BELMONT CASTLE, the delightful seat of Richard Webb, Esq., belongs to George R. Hilliard, and stands half a mile West of the town, on the summit of an eminence which rises abruptly from the banks of the Thames.

It was built by the late Zachariah Button, Esq., who finished it in a costly style of architecture. The centre is a round embattled tower, in four stories, with spacious apartments, commanding extensive prospects of the river, the shipping, and the rich Kentish enclosures, to the hills beyond the great Dover road. The pleasure grounds are tastefully disposed and ornamented with trees and shrubs of great value and of beautiful forms. 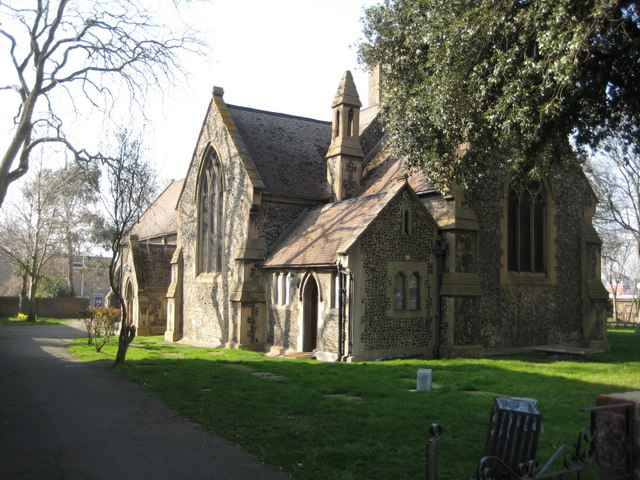 The Church (St. Peter and St. Paul,) was rebuilt by the parishioners in 1846, at the cost of £1800, on its original cruciform plan, and in the Anglo-Norman style. The tower has three bells, and is crowned by a small spire.

The old Town Hall was converted into an Independent Chapel in 1836; and here is a small Weslyan Chapel, built in 1847.

Here are several Sunday Schools, and an endowed Charity School.

Back to History of Grays Thurrock 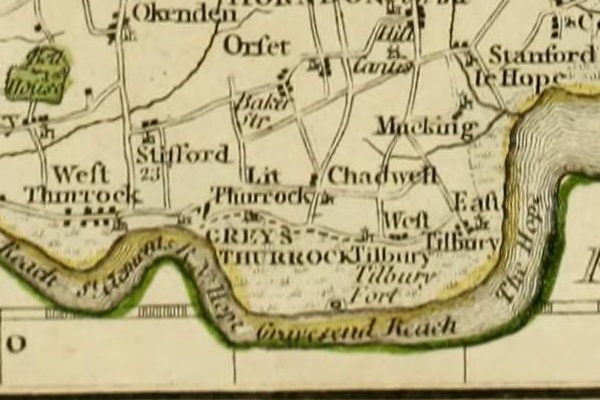 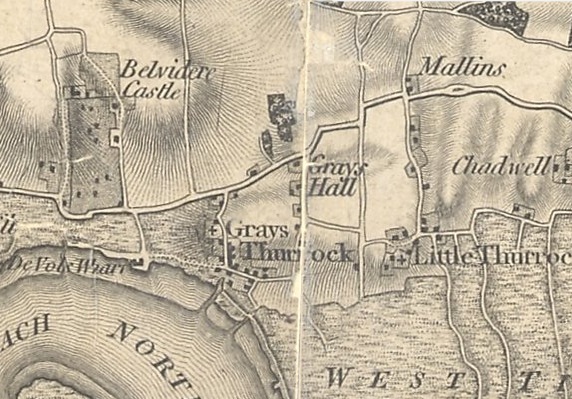