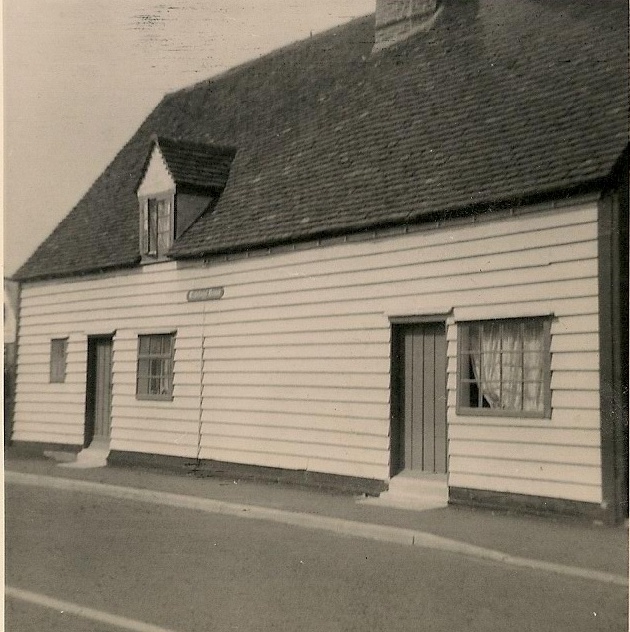 A cottage in Fobbing, c.1965
Image courtesy of and © copyright Steve Gillard. A History House reader who took this photograph when he was a young boy.

FOBBING, a compact village of one street on a bold acclivity, overlooking the marshes and the Thames, is nearly two miles North of that river, 3 miles East of Horndon-on-the.HilI, and 7½ miles South by East of Billericay.

Its parish contains 428 inhabitants, and 2632A,3R.38P. of land, mostly in low marshes, extending to the Thames, and intersected and nearly encompassed by several creeks of that river, one of which, called East or Hole Haven, flows on the western end of Canvey Island, and runs four miles inland to Pitsea, and the others are Fobbing Creek, crossing the parish at the foot of this village, and Shell Haven, penetrating the marshes of this parish and Corringham.

This is the site of that projected out-port of London which is to be called Thames Haven, and is to have capacious docks for the reception of the largest vessels, and a railway to join the Eastern Counties line at Romford.

At Domesday Survey, Phobinge belonged to Eustace, Earl of Boulogne, and it afterwards passed to the Bohun, Stafford, Buckingham, Bullen, Johnson, and other families. Arthur Zachariah Button, Esq., is now lord of the manor, but part of the soil belongs to other proprietors.

The small manor, called Hawkesbury, was held by Barking Abbey, and after the dissolution, it was granted to the Dean and Chapter of St. Paul's.

Stow says Jack Cade's rebellion began in the village of Fobbing, and that the mob broke into a priory in the neighbourhood, and "drank up three tuns of wine, and devoured all the victuals." 
The Church (St. Michael,) has a nave, south aisle, and chancel, with a lofty tower, which is seen at a great distance, and is clearly visible from the Kentish hills on a fine day, when the view from the village over the expansive vale of the Thames is delightful. The tower hall a good peal of five bells.

The parish school is supported by the rector.

Back to History of Fobbing 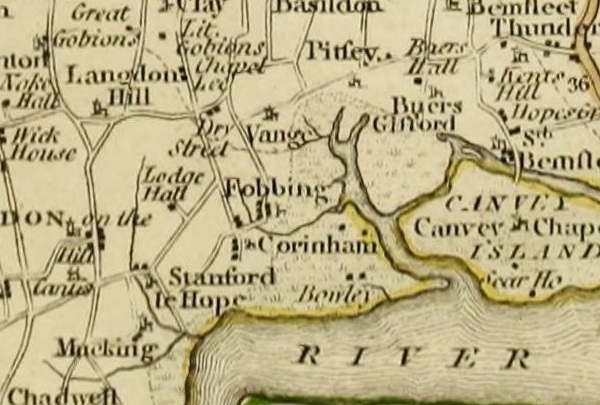 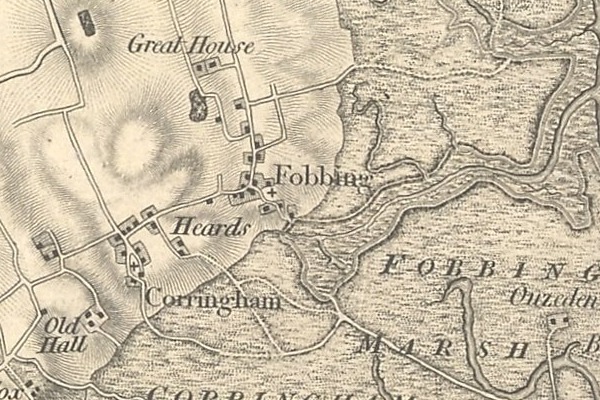