EPPING is a small market town, consisting chiefly of one long and wide street, upon a high ridge of table land, on the Harlow road, and on the border of Epping Forest, 16½ miles North East by North of London, 17½ miles West by South of Chelmsford, and 6 miles East North East of Waltham Abbey.

Though it is more than 350 feet above the level of the sea, it is well supplied with water from land springs. It was a great thoroughfare between London and Newmarket before the opening of the North-Eastern Railway, from which it is distant six miles; but a railway is projected to pass southward from the town, and to form a junction with the North-Eastern line at Lea Bridge and with the Eastern Counties Railway at Ilford.

Union Workhouse and other houses on the east side of the town, are in the parish of Theydon-Garnon or Coopersale, in Ongar Hundred. The town is a polling place for the Southern Division of Essex, and is much resorted to in the summer months by pleasure parties from London, on account of its healthy and picturesque situation, and the delightful walks and drives among the majestic woodlands of Epping Forest.

It has a market for the sale or corn, etc., every Friday, when Petty Sessions are held at the Police Station. It has Races, and a Fair for dairy cattle, etc., on Whit-Tuesday, and has another cattle fair on Nov. 13th. and a statute fair for hiring servants on Oct.11th.

Its market supplies London with great quantities of butter, pork and sausage, and the town is enlivened with much fashionable company during the hunting season.

The Easter Stag Hunt was commenced in the forest in 1226, when King Henry III. confirmed to the citizens of London, free warren, or liberty to hunt in the forests of Epping and Hainault. Formerly the Lord Mayor and Aldermen attended on Easter Monday, when a stag was turned out. The kennel for the hounds, and a house belonging to the hunt, were rebuilt about 1800. 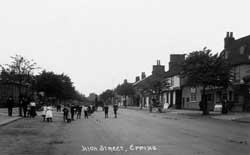 A large and highly celebrated pack of fox-hounds is kept at Copped Hall, the seat of Henry John Conyers, Esq., the lord of the MANORS, called Epping Bury, Epping Presbytery, Chambers, and Campions, for which Messrs. Maberley and Son are stewards, and courts are held on Whit-Thursday, at the Cock Inn. These manors comprise the whole parish, and the copyholds are partly subject to certain, and partly to arbitrary fines.

Epping Bury, the principal manor, and a great part of the soil, anciently belonged to Waltham Abbey, by the gift of Earl Harold, the founder. Queen Mary annexed it to the Duchy of Lancaster; and in 1564 it was granted by Queen Elizabeth to Sir Thomas Henneage, whose family sold it to the Earl of Middlesex, who sold it to Thomas Webster, Esq.

Of the latter, it was purchased about 1720 by Edward Conyers, Esq., from whom it has descended to H.J. Conyers, Esq., of COPPED HALL, a stately and elegant mansion, in the centre of an extensive park, at the north end of the forest, and about a mile South West of the town; on the crown of a finely-wooded hill, commanding beautiful prospects, and rising in a succession of groves and plantations from the lower grounds, which extend northward to the small river Cobbin, which has its sources near the north end of the parish, and flows westward to the Lea, near Waltham Abbey. 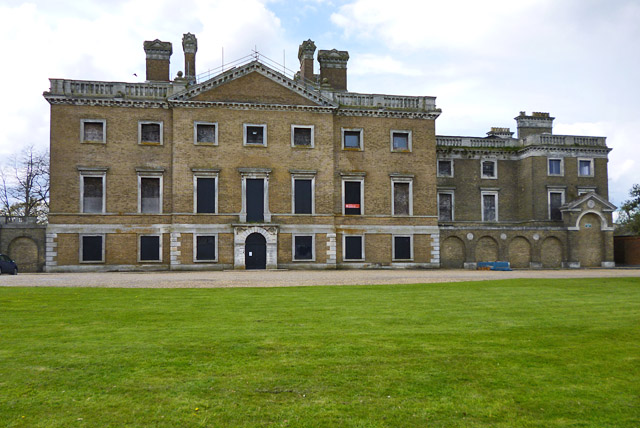 Copped Hall. Derelict after a fire in 1917 it is now being restored and conserved by the Copped Hall Trust.
© Copyright Robin Webster contributor to the Geograph Project and licensed for reuse under this Creative Commons Licence

The mansion is a large and nearly square building of white bricks, much admired for the closeness of the joints, and the symmetry of their forms, having been cast in iron moulds, made expressly for the purpose.

It was built between the years 1753 and 1757, but was afterwards greatly improved under the direction of Mr. James Wyatt. The old hall stood a little further to the west, within the bounds of Waltham parish, and was built in the reign of Elizabeth, by Sir Thomas Henneage, on the site of one erected in the 13th century by Richard Fitzauchre.

About 80 years ago, more than 400A. of land near the park was an unprofitable waste, covered with hornbeam, pollards, brushwood, etc., and infested with gangs of wood and deer stalkers, whose race had haunted the close convers of Epping Forest for centuries, and were in the constant practice of committing depredations. By the praiseworthy exertions of the late Mr. Conyers, many of these outcasts were reformed, and induced to live in small cottages which he built for them. He also provided them with labour, small gardens, and fire wood; and by this judicious scheme, soon inured the idle to habits of industry, and brought a large tract of waste land into profitable cultivation.

About 1747, a sterile tract of 100A., called the warren, was ploughed up and sown with seeds of almost every kind of tress. This now forms one of the most valuable woods in the country. In 1803, one of the trees, a cedar of Lebanon, was 12 feet in girth, and its branches extended upwards of eleven yards on each side.

Back to History of Epping 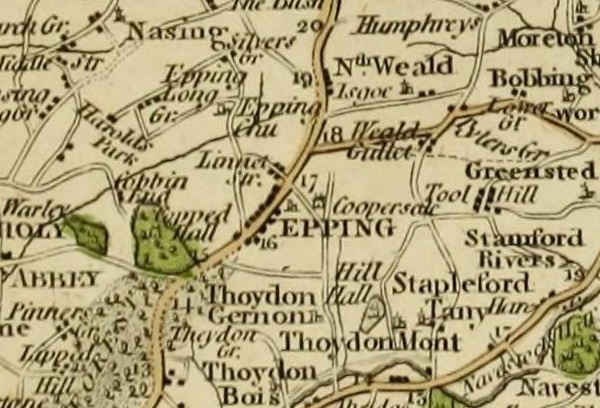 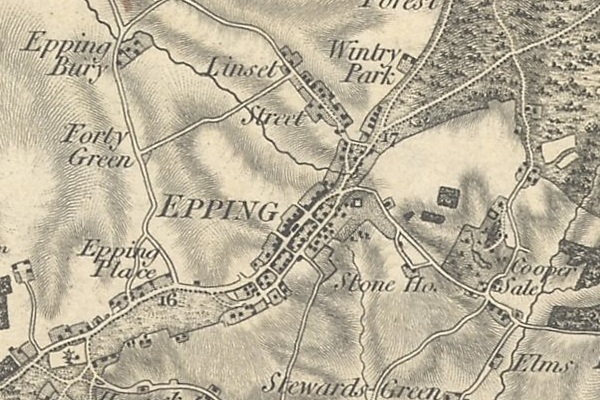