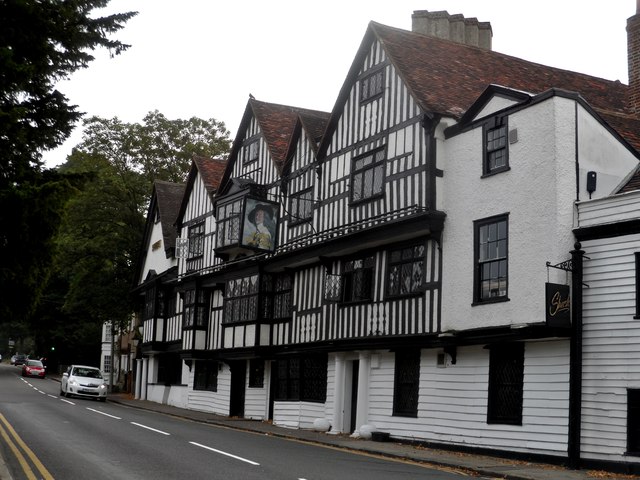 The King's Head (now a restaurant), Chigwell.
© Copyright Bikeboy contributor to the Geograph Project and licensed for reuse under this Creative Commons Licence

CHIGWELL is a large and pleasant village on the east side of the river Roding, and on the London and Ongar road, 11 miles North East of the former, and 9 miles South West of the latter town.

Its parish contains 2059 inhabitants, and 4522A.lR. 22P. of land, and includes the handsome scattered village of CHIGWELL ROW, which extends about three miles eastward from Woodford Bridge, on the south aide of this parish, along the northern border of Hainault Forest, where there are many handsome mansions, with beautiful pleasure grounds, surrounded by fine woodland scenery, and mostly occupied by merchants and other connected with the trade and commerce of London.

There are also elegant villas in other parts of the parish, and about 700 acres of the soil is forest land, on which are held Chigwell Row Races, generally on the first Tuesday in August, when the course is thronged with genteel company, and there are four races, called the Chigwell, Hunter's, Romford, and Forest Stakes. A statute fair, for hiring servants, etc., is held at Chigwell on Sept. 30th.

BUCKHURST HILL, where there he a handsome new district church, and several neat houses on the east side of Epping Forest, is in this parish; the vale of the Roding being here finely sequestered between the rich woodlands of the two forests.

Epping Stag Hunt starts from this hill on Easter Monday. James Mills, Esq., is lord of the manor of Chigwell Hall, which belonged to Earl Harold in Edward the Confessors reign, and afterwards passed to the Limesei, de Lucy, Hickes, and other families.

Mr. Mills is also owner of the West Hatch estate, which, with that of Buckhurst, belonged to Walter Writtell in 1475. The manor and estate of Barringtons or Rolls belongs to Mrs. Lloyd, but the handsome modern seat called Rolls Park is now occupied by Major General Sir John Ro1t, K.C.

The mansion is agreeably situated, about half a mile North of the church, on elevated ground, commanding extensive prospects. Rolls was long held by the Harveys, and anciently by the Barringtons.

WOOLSTON HALL, on the east side of the river Roding, 1½ mile North of the church, is an old half timbered building, which has been modernized and improved, and is the pleasant seat of Robert Boodle, Esw., lord of the manor of Wooston or Woolverston, which is said to have been anciently a separite parish, united to Chigwell soon after the Conquest; but there are no vestiges of its church or chapel. It was long a seat of the Scott family.

Luxborough was formerly a seat near the forest and Woodford Bridge, belonging successively to the Wrothe, Eyles, Knigbt, Crockatt, and Walpole families, but the house was pulled down many years ago. In 1746, Robert Knight who resided here was created Lord Luxborough, of Shannon, and in 1763 was raised to the dignity of Earl of Catherlough, in Ireland.

The Grange, a farm of 183A., belongs to Brentwood Free School, and was anciently held by Tiltey Abbey. At Potteles, in the forest, was formerly a royal house or lodge, which was granted by Henry VIII. to William Compton and by Elizabeth to Thomas Spencer.

A large brick house, in the village, was long a seat of the Pennington family; and another old house was the property of Archbishop Hannett, and was afterwards modernized by W.P. Fisher, Esq.

Belmont House and Chigwell Lodge are the handsome modern seats of Mrs. E. and Mrs. M. Bridger; and the Bowles, at Chigwell Row, is the seat of John Hodgson, Esq. Many smaller proprietors have estates and neat houses in the parish, and the copyhold are mostly subject to arbitrary fines. 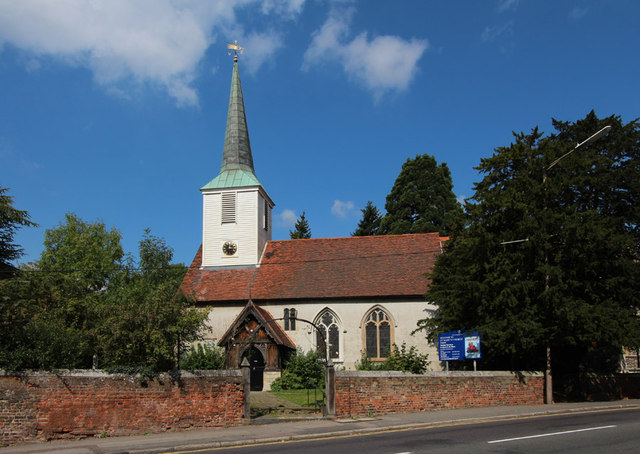 The Church (St. Mary,) is an ancient structure, consisting of a nave, north aisle, and chancel, with a wooden belfry, containing five good bells, and crowned by a handsome spire. There are two galleries in the aisle, and one in the nave. The latter was built in 1722 for the use of the charity girls.

The east end of the aisle is the burial place of the ancient family of Scott; and in the chancel is a brass plate, on which is engraved the figure, and an inscription in memory of Archbishop Harsnett, a former rector, and founder of the school. This plate is so much admired, that many impressions have been taken from it on paper.

The south door exhibits a fine Saxon arch, and is approached from the entrance to the churchyard by a living archway of yew trees, the branches of which are so densely interwoven that no light can penetrate, and are so skilfully trained and cut, as to form a finely turned semicircularr arch.

This church was appropriated to St. Botolph's Priory, Colchester, and after the dissolution, the prebendary of St. Pancras, in St. Paul's Cathedral, was appropriator and patron, but the rectory has recently become vested with the Ecclesiastical Commissioners, and the Bishop of Rochester is now patron of the vicarage, valued in K.B. at £18, and in 1831 at £623, and now enjoyed by the Rev. G.F. Goddard, B.A., chaplain to the Bishop. John Boote, Esq., is lessee of the rectory, which has 44A. of glebe, but the vicarial glebe only 7½A.

The tithes were commuted in 1839, the rectorial for £900, and the vicarial for £500 per annum. The Vicarage House is about to be rebuilt.

A building at Chigwell Row has been converted into a chapel of ease; and at Buckhurst Hill is a handsome new CHURCH, (St. John,) built by subscription a few years ago, for the accommodation of the western side of the parish. The latter is in the Norman style, and has a nave, chancel, and tower; and the living is a perpetual curacy in the gift of the Bishop of London, and incumbency of the Rev. T.B.G. Moore.

There is an Independent Chapel at Chigwell Row, built in 1806.

The parish has three National Schools for girls and infants, and two endowed schools; and also various charities for the poor.

Back to History of Chigwell 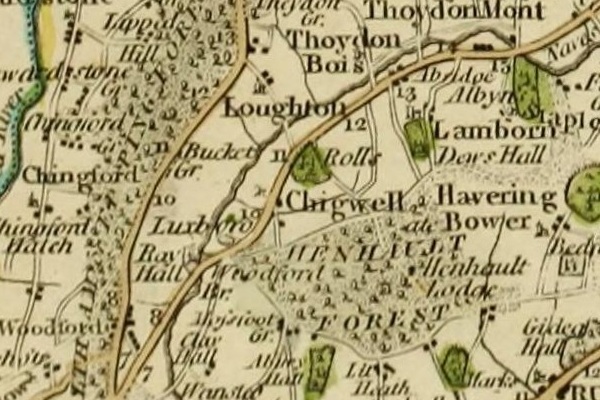 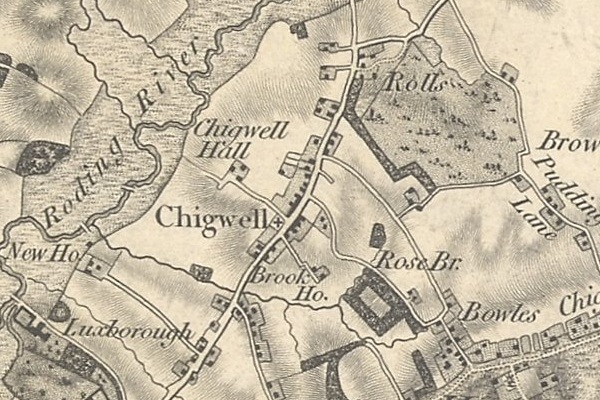 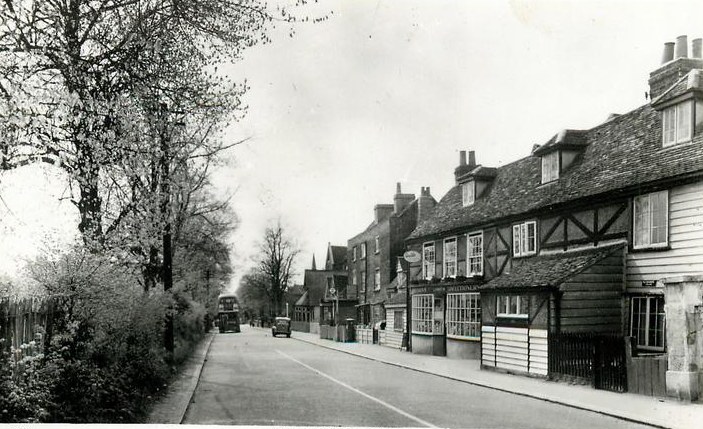