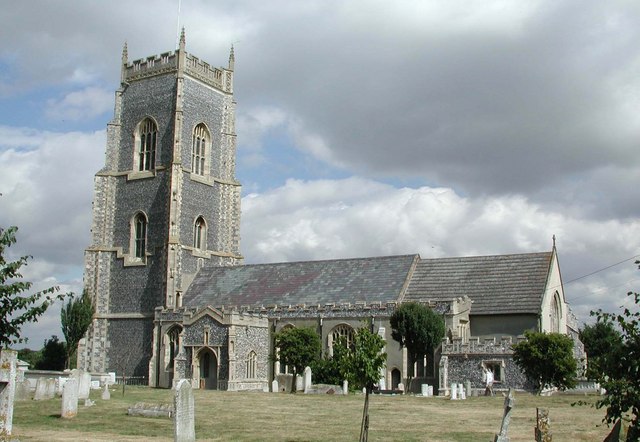 All Saints' Church, Brightlingsea.
© Copyright John Salmon contributor to the Geograph Project and licensed for reuse under this Creative Commons Licence

BRIGHTLINGSEA, a considerable fishing village on the eastern side of the estuary of the river Colne, 10 miles South East by South of Colchester, and 3 miles West North West of St. Osyth, has in its parish 3093 acres of land, extending about three miles along the banks of the Colne, and bounded on the north by Arlesford creek, and on the south by Brightlingsea creek.

Being nearly emcompassed by the river, and these navigable creeks, it has been considered an island, and at high tide it can only be approached by land from the Thorrington road, at its north-east angle. It increased its population from 1020 souls, in 1811, to 2045, in 1841.

The village consists chiefly of one very long street, but the principle part of it is on the south side of the parish, near Brightlingsea creek, which is navigable for vessels of 140 tons, and has on each side of it innumerable oyster layings, where the fishermen lay the spat and young brood, (which they gather in the Colne, Blackwater. etc.,) till they have grown to the size of small oysters, when they are nearly all sold to Kentish oyster merchants, who carry them to their own creeks and layings, and are ultimately sent to London as the finest 'native oysters'.

Brightlingsea has long been celebrated for its connection with the oyster and sprat fisheries, and it sends annually in February or March about 60 smacks to the island of Jersey, Falmouth, etc., where they continue two or three months, dredging for oysters. For some years about thirty smacks have been employed on the coast in gathering cement stones, of which immense quantities are sent to London to be manufactured into Roman cement, etc.

About 300 inhabitants are licensed to dredge for oysters in the river Colne and its creeks, by the Corporation of Colchester, and about 160 smacks are employed here, of from 15 to 40 tons burthen, and carrying from 3 to 5 men each. 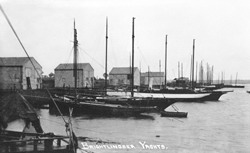 Two fairs for toys and mechandise are held in the village, on on St. Swithin's day, or the Thursday before, and the other on October 15th.

Brightlingsea is within the limits of the port of Colchester, which has here a principle coast officer and tide surveyor; and it enjoys, like its neighbour Wivenhoe, some important privileges as a member of the cinque port of Sandwich, in Kent, and as such it annually elected a Deputy Mayor, till 1804. The agent of this cinque port resides at Wivenhoe, and owing to their connection with it, the inhabitants of Brightlingsea are exempt from the payment of county rates, and from serving in the militia, or on juries.

In Saxon times, this lordship was held by the Crown, but at the Norman Conquest it was given to Eudo Dapifer. It is in two manors, viz., Brightlingsea Hall which was given by Eudo Dapifer, to St. John's Abbey, Colchester, and afterwards passed to the Cromwell, Henneage, Moyle and other families; and the Moverons, a small manor which was held by a family of its own name.

Both manors were bought in 1763, by Nicholas Magens, and are now held, with a great part of the soil, by Dorien Magens, Esq., of East Grinstead, Sussex. The Hon. Col. Onslow, H. Baker, Esq., and a few smaller owners, have estates here, chiefly coyholds, subject to arbitary fines. 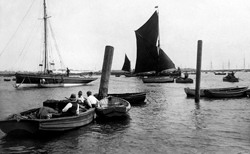 THE CHURCH (All Saints), is a stately fabric, situated about 1½ miles from the principle part of the village, upon a very elevated site. It is seen at a great distance both by sea and land, and it is used as a sea mark; the tower rising to a height of 94 feet. It is constructed of flint, with stone dressings.

In the chancel is a splendid marble monument in memory of the late Nicholas Magens, Esq., a rich merchant of London, who died in 1764, the year after he had purchased the two manors of this parish. It is a beautiful work of art, said to have cost £6000; and near it is an elegant tablet in memory of the late Hon. Cecelia Magens, wife of the present lord of the manors.

The church was appropriated to St. John's Abbey, Colchester, but the abbot and convent gave it to the Dean and Canons of St. Paul's, and the Bishop of London. The discharged vicarage, valued in 1831 at £213, is still in the patronage of the said Bishop, and is now enjoyed by the Rev. Wm. Latten, M.A., who has a good residence, and a small glebe farm at Little Bromley. D. Magens, Esq., is the impropriator of the great tithes.

A small Chapel of Ease (St. James), has been erected in the village, in the pointed style; and here are three Dissenting Chapels, belonging to Independents, (built 1833), Wesleyans (built 1833), and Swedenborgians. The congregation of the latter sect was formed in 1813.

A School was founded here by the late vicar and lord of the manor, and endowed with £12 a year for the education of 16 poor boys.

The poor parishioners have 52s. a year, left by the late Rev. John Sympson, rector of St. Olave's, London, and a native of this parish. 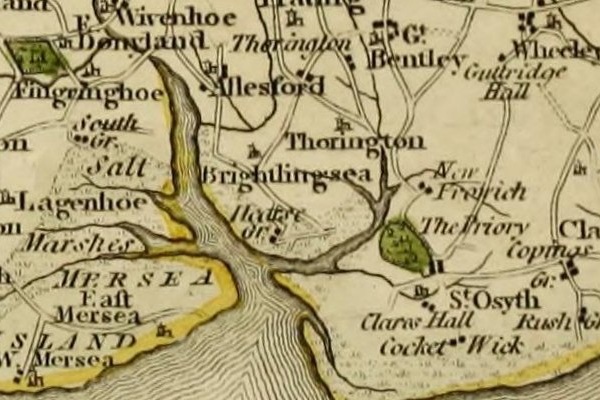 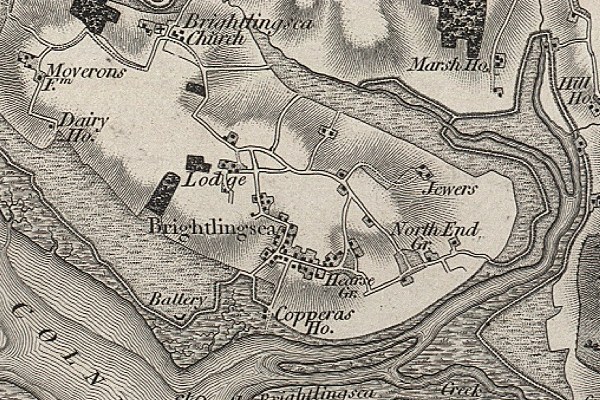 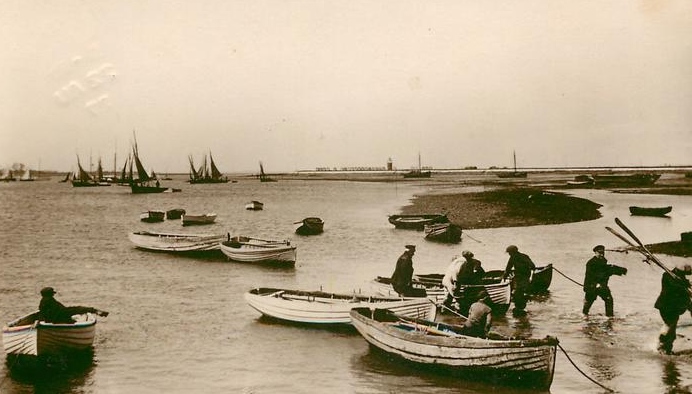