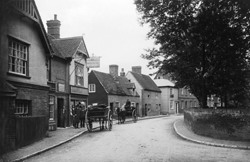 BRADWELL-NEXT-THE-SEA, or Bradwell-juxta-Mare, is a considerable village, in two parts, called the Street and the Waterside, on the south side of the broad estuary of the Blackwater, 11 miles East of Maldon.

It is a creek under the port of Maldon, and its parish contains 1034 inhabitants, and 4715 acres of land, including the whole of that rounded point of land at the confluence of the Blackwater and the ocean.

Here is a coast guard station; a wharf, at which some business is done in coal, fish, etc.; and a fair for toys, etc., on June 24th.

In Domesday Book, this parish is called Effecestre; but by the Saxons it was called Ithancester, and they had a flourishing city of that name which stood on the extreme point of land next the sea, but was washed away several centuries ago, except its church, St. Peter ad Marum, or Capella-de-la-Val, of which there are still some remains, now forming part of a barn.

Camden considered that Ithamcaster was founded by the Saxons, on the site of the Roman station Othona, which was occupied by a band of the Fortenses with their provost, during the decline of the Roman empire, who were placed here by the Count of the Saxon Shore, to secure the coast against the pirating Saxons. Philemon Holland says there was formerly a huge ruin here, near which many Roman coins were found.

At the Norman Survey, the parish belonged partly to Hugh de Montfort, and partly to the Abbey of St. Valery, in Picardy. The Mayor and Corporation of Bristol hold the manor and estate of Bradwell Hall, as trustees of Sir Thomas White's Charity to various Cities and Towns.

The manor of Pilton Fee, which includes a large portion of the parish, belongs to Sion College, London, by gift of Thomas White, D. D.; and the steward after calling the court in Bradwell street, adjourns it to Bandwell Hall, an ancient house, which has been much improved by its present occupier, John Coster, Esq.

Bradwell Lodge, which was formerly the seat of the Rev. Sir H.B. Dudley, Bart., a late rector, is a neat mansion, which was built about 1785, and has an observatory on the roof, ornamented with Ionic columns, so constructed as to form the chimneys of the whole building. In the vicinity are many decoys for catching wild fowl.

An estate, called Brocksey Marsh, or Park, more than two miles South West of the village, is separated from Tillingham parish by a navigable creek, and was imparked about 1308, by Sir John de la Mare. East Hall estate belongs to New College, Oxford; and here is an estate called Battails, formerly held by the Battail Higham, Mason, and other families. 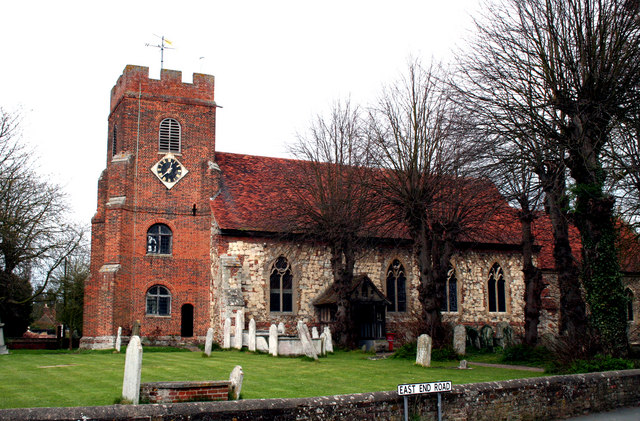 The Church (St. Thomas,) was rebuilt in 1706, and has a large brick tower, containing five bells, and commanding an extensive view of the coast and the ocean.

For distribution in blankets, etc., the poor have £4.0s.10d. yearly from William Aylett's Charity.

The Free School was founded by Dr. Buckridge, in trust with the Corporation of the Sons of Clergy, who pay the master £100 per annum, as the clear rent an estate at Mile-end, left by the Doctor.

The school was enlarged by subscription, in 1818, and the master has a good residence, with outbuildings and a garden. He is appointed by the rector, as also the free scholars, to the number of about 120, half boys and half girls, from the age of four to fifteen years. All are instructed in reading, writing, and arithmetic, and the girls are also taught needlework by the master's wife. The parish provides fuel for the school.

Back to History of Bradwell Juxta Mare 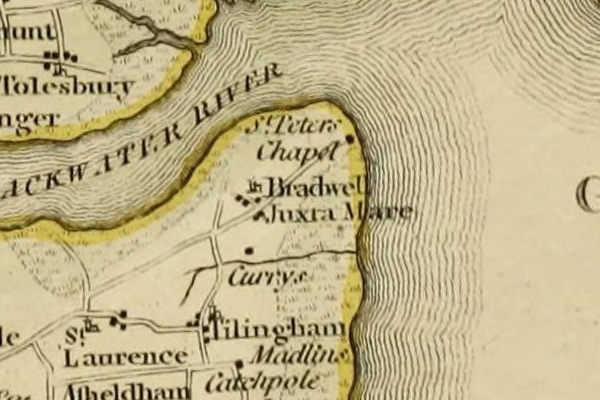 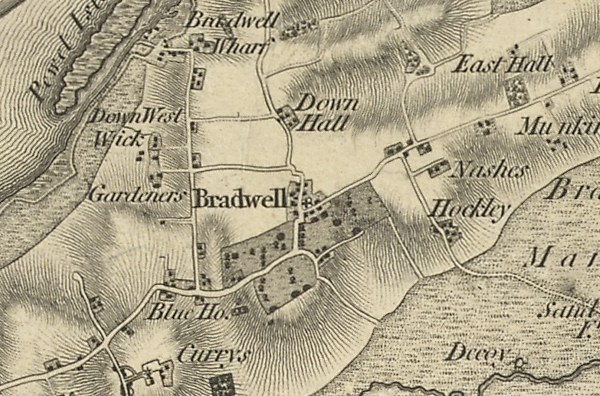