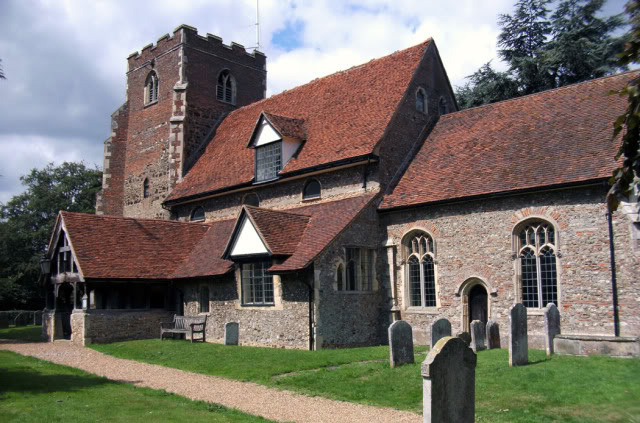 BOXTED, a pleasant village and parish on the sonth side of the vale of the river Stour, 6 miles North of Colchester, and 2 miles East South East at Nayland, contains 856 inhabitants, and 3082A.3R.22P. of land.

The soil is a light gravelly loam, well adapted for turnip husbandry; and belongs to the Freeman, Rush, Lawson, Hobbs, Smythies, Sadler, Whitaker, and other families. It is partly free and partly copyhold, and is in two manors, viz., Rivers Hall, belonging to Mrs. Hannah Freeman; and Boxted Hall, of which the trustees of the late Sir William Rush are lords.

At the Norman Survey, these manors belonged to Eudo Dapifer and Eustace Earl of Boulogne, the latter of whom had Boxted Hall, which was afterwards held by the Strangeways, Bayning, and other families.

Hill House is the seat of Thomas Whitaker, Esq. Boxted Heath, about 400A., was enclosed about 1820, and is now in a high state of cultivation.

The Church (St. Peter) is an ancient structure, with a tower and three bells, and has undergone many repairs, without regard to its original style of architecture. It has an elegant mural monument, with a long latin inscription in memory of Sir Richard Blackmore. M.D., who died in 1729, and was author of many valuable works, medical, theological, and poetical. His epic poem, "The Creation," has continued to be reprinted, and is deservedly, as containing numerous beautiful and sublime passages.

Here is a commodious National School, built in 1837; and also a Wesleyan Chapel, to which a school is attached.

The poor parishioners have a share of Love's Charity. In 1663, Robert Gilder left three small almshouses for the residence of three poor widows, and endowed them with 2A.9P. of land, now let for £2.10s. a year. Camping Close, 2A.3R.13P., was given to the parishioners as a place of exercise, at an early period, but is now let for £2.10s., which is carried to the poor rates.

When the Heath was enclosed, an allotment of one acre was awarded to the poor. It is occupied rent free by a poor man, but gravel is taken from it to repair the roads.

Back to History of Boxted 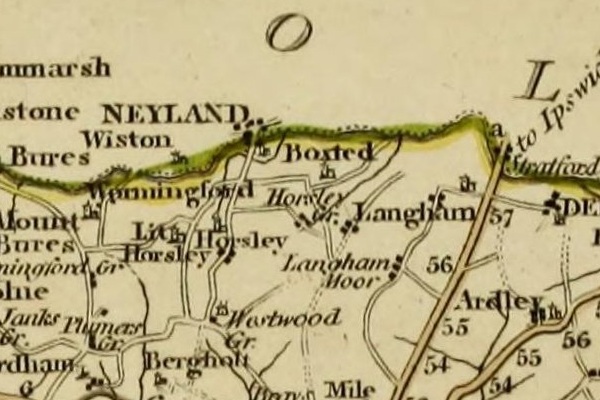 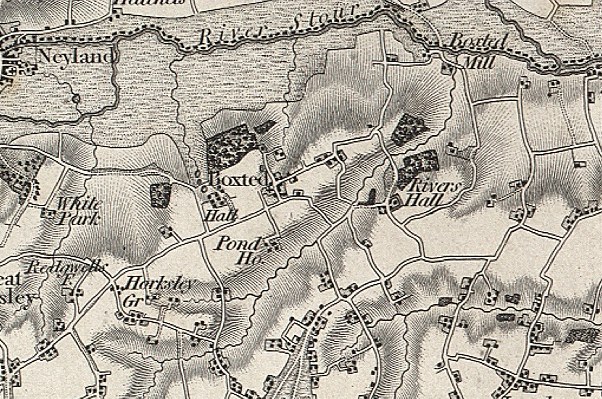