Trafalgar Square - the London landmark derived from an Arabic name 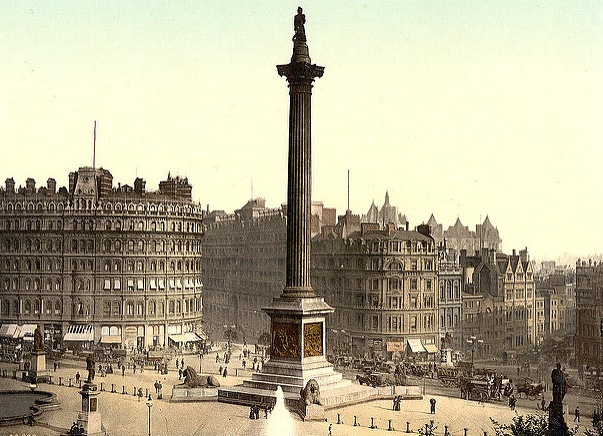 Nelson's column in Trafalgar Square c.1895.
Image courtesy of The Library of Congress on Flickr NKCR

The origin of the name Trafalgar.

Trafalgar Square, famous for being the home of Nelson's column and Landseer's four magnificent bronze lions, has a name derived from Arabic.

The square was named after the Battle of Trafalgar (1805), the British naval defeat of the French and Spanish fleets off the coast of Spain near Cape Trafalgar (Cabo de Trafalgar in Spanish), which is itself derived from the Arabic Taraf-al-gharb (1) (the name is also variously spelt: Taraf-al-ghar (2) Taraf-al-garr(3)). It is also given various meanings: the promontory of the cave, the edge of the west, and a perilous extremity or point.

The area of the more famous Trafalgar Square was created in the late 1820s following clearance of the lower end of St Martin's Lane, and the surrounding courts and alleys, and adjoining buildings.

The architect George Ledwell Taylor had suggested it be called 'King William the Fourth Square' or 'Trafalgar Square', and it is reported that upon showing the plans to the King, his majesty said, "I like the idea, let it be called Trafalgar Square". 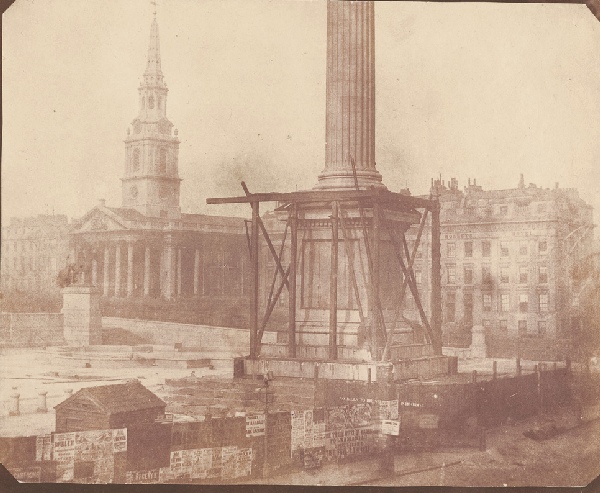 It was not until the next decade that Nelson's column came to be built on the Square after much dispute and penny pinching by the government of the time.