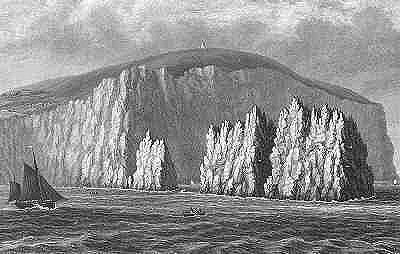 The Needles is a famous landscape feature on the western most end of the Isle of Wight which lies just off the south coast of England, opposite the maritime port and city of Portsmouth.

It is an eroded line of chalk outcrops extending out from the land into the sea. Here the strata of the chalk has been folded to almost vertical. In the past, one of the outcrops was a tall pillar of chalk, much more like a needle than the others. It was known as 'Lot's Wife' and according to most sources it collapsed into the sea in 1764.

The Needles are a serious hazard to shipping and the seabed around them is littered with shipwrecks. In the 18th century a lighthouse was built on top of the nearby cliffs, but because of its height, its light could not be seen on foggy and cloudy days. So in 1859, a lighthouse was built at the very end of The Needles. The last vessel of any size to come to grief on The Needles was the SS Varvassi in 1947 with a captain and crew of 34. Fortunately all were rescued.

Perched above The Needles is a battery which was completed in 1863 as part of the defences for Portsmouth. The battery has a commanding view out over the English Channel and across to the mainland. It is now owned by the National Trust and is known as the Old Battery. On a visit there you will see two huge rifled muzzle loader guns and be able to explore various parts of the battery including the cartridge store; shell store; a tunnel leading to a searchlight station directly overlooking The Needles; and a signal station which was used as a look-out point in the Second World War. Incidentally, situated on the first floor of the signal station is a tea room which has one of best views from any tea room in the UK. 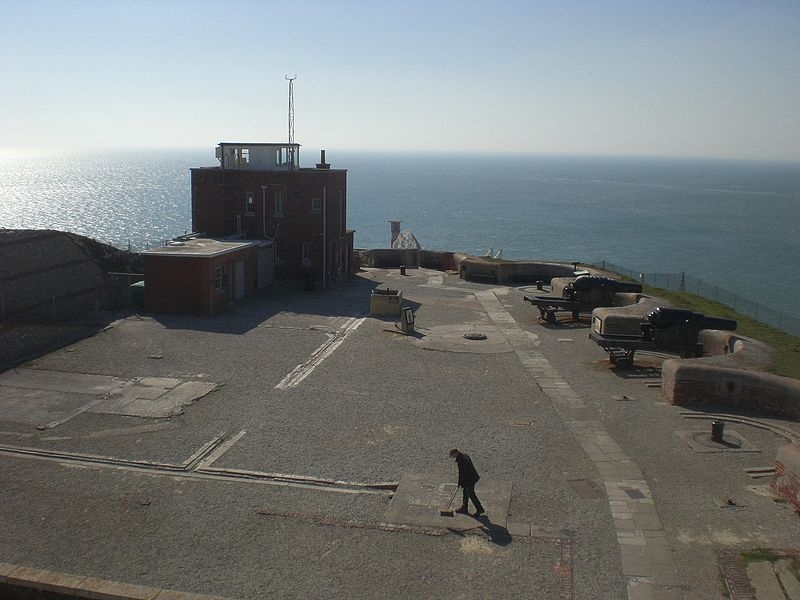 The Needles Battery
Image courtesy of Editor5807 on wikipedia PD

Above the Old Battery is the New Battery, built to replace the Old Battery as it was feared the vibrations of the guns would caused the cliffs to crumble and collapse into the sea. Here remains of gun emplacements can be seen and there is an exhibition on the secret experiments conducted with rockets during the Cold War.

Just along from The Needles is Alum Bay where different coloured sands created during the Tertiary period form the cliffs. For a detailed account of the geology of the area see Southampton University's Alum Bay and the Needles.

So on a trip to The Needles there's enough to see and do to keep you occupied for almost a whole day. Access to The Needles is by bus or on foot from a car park 800 yards distant.