How militant were the Suffragettes? 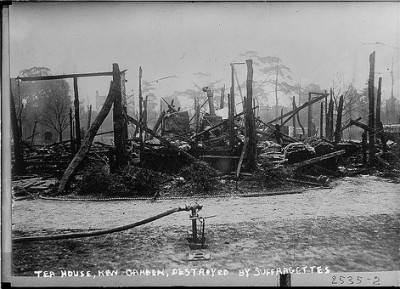 How the Suffragettes' campaigns involved arson, malicious damage and even bombs.

The peaceful campaign for the women's vote changed direction in 1905 when militant acts began. The campaign of militancy lasted until the outbreak of the First World War. But how militant were the Suffragettes?

The name Suffragettes was coined by the Daily Mail newspaper in March 1906. They were so called after the National Union of Women's Suffrage Societies which was founded in 1897. The establishment of the more militant Women's Social and Political Union in 1903 was the beginning of a move away from traditional political pressure through petitioning and lobbying, towards direct action: demonstrations and acts of militancy.

The most well known act of militancy was by Emily Davison who threw herself under the King's horse at Epsom Racecourse in June 1913. She died a few days later.

There were, however, many other acts of militancy. Throughout the country members of the WSPU made themselves busy targeting the establishment and political elite who they viewed did not support their campaign.

The contents of hundreds of letter boxes were set alight or corrosive acids or liquids poured over the letters and postcards inside, and thousands of shop and office windows were smashed with hammers. Telephone wires were cut, and graffiti slogans began appearing on the streets.

Across the country specially selected empty houses were burned down, many of them belonging to prominent members of society, and the refreshment rooms on several of the Royal Parks were attacked by the arsonists.

The symbols of sole male preserves were attacked. Golf courses were dug and huge slogans painted across the greens. Cricket pavilions were set alight, as were horse racing venues.

In the British Museum exhibits were damaged, and in the National Gallery paintings including one of the Duke of Wellington were attacked with an axe. In the Tower of London a jewellery case was smashed, and the Tate Gallery was forced to close. 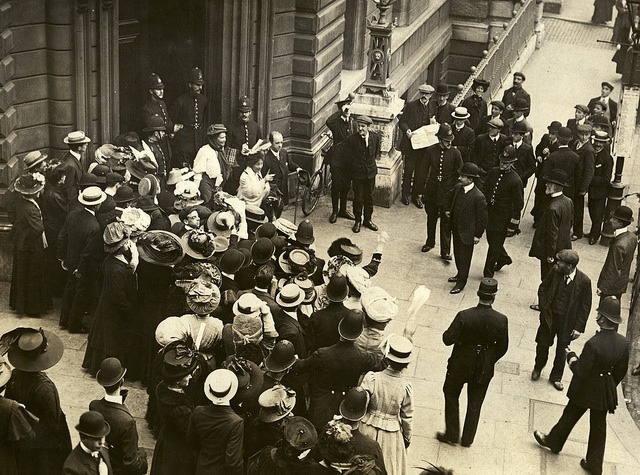 Imprisoned suffragettes began to use hunger strikes as a weapon and when they were forced-fed this became the focus of anger, not only in the Suffragette movement, but also some of the general public. The government responded with an Act of Parliament commonly called the Cat and Mouse Act. This allowed the release of a person on hunger strike until they had fully recovered, they could then be returned to prison for completion of their sentence.

In 1913 some Suffragettes began to resort to the tactic of small bombs. In February 1913 Lloyd George's week-end cottage which was in the process of being built, was target of a small explosion, and in June 1914 a bomb was placed beside the Coronation Chair in Westminster Abbey. It exploded causing slight damage to the chair and the 'Stone of Destiny' below it. Several other bombs planted including one in St Paul's Cathedral, and near the Bank of England.

The outbreak of the First World War saw the abandonment of the campaign by the WSPU, but who knows how far they would they have gone? The Suffragettes never assassinated anyone, but the Special Branch did investigate a possibility of a conspiracy to assassinate the then Prime Minister, Hebert Asquith. Whether there was any substance behind this or it was part of the paranoia of the time is difficult to tell.