How fast did news travel? 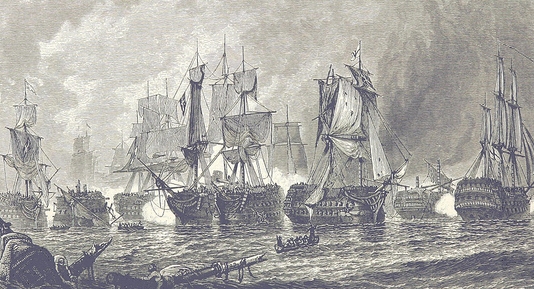 Battle of Trafalgar.
Image from 'Sea Pictures, drawn with pen and pencil', courtesy of the British Libray on Flickr NKCR

A look at how long news of great events took to travel.

In today's world of 24 hour news, the internet, fibre optic technology, twitter and telephones, news travels in a matter of seconds from one place to another, from city to city, continent to continent. But before the electronic age how fast did news travel? We thought we would look at some events of the 19th century and see how long news of important events took to reach the pages of the London Gazette and The Times newspaper.

Communication in the 19th century underwent a rapid change almost equal to the changes in the last twenty years. The invention of the telegraph, and the laying of telegraph cables underground and across the seabed after 1850, linked countries and continents and led to the creation of a new business: the news agency. Before then the most rapid communication was by semaphore and homing pigeons, backed up by the fastest available means of transport: horses, ships and trains.

These are some famous events from that century and the time the news took to reach London.

The Battle of Trafalgar was fought on 21 October 1805 between the British and the combined French and Spanish fleets off the coast of Spain. News reached London on 6 November when it was published in the London Gazette.

The French invasion of Russia on 24 June 1812 was confirmed by several sources and published in The Times on 13 July 1812.

The Battle of Waterloo fought in Belgium between Napoleon Bonaparte's army and the allied armies under Wellington and Blücher was fought on 18 June 1815. News of the victory was published in the London Gazette on 22 June 1815. 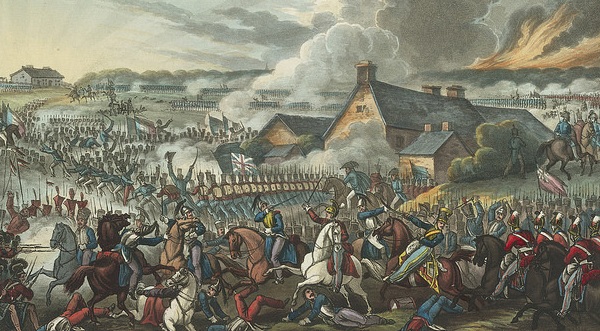 Battle of Waterloo.
Image from 'The wars of Wellington, a narrative poem', courtesy of the British Libray on Flickr NKCR

The fall of the Alamo in Texas on 6 March 1836 came via newspapers published in Natchez and Charleston. The London Times carried a report on 17 May 1836.

Gold was discovered in California in January 1848, but the gold rush did not really start until an article appeared in the New York Herald on 19 August 1848. This was reported in The Times on 10 October 1848.

On 10 May 1857 began what became known as the Indian Mutiny in Meerat, India, where some sepoys belonging to the British East India Company mutinied. Reports of this were published in The Times on 8 June 1857.

The laying of telegraph cables now began to speed up news. In November 1860 news of the opening of the Suez Canal only took two days before it was published in The Times.

The Atlantic cable was not yet working properly and the news of the assassination of Abraham Lincoln on 15 April 1865 had to come by ship. The Times published the news on 27 April 1865.

By the time of the eruption of Krakatoa in August 1883, regular news of the volcanic activity on Krakatoa was sent to The Times. News of the devastating explosion and tsunami was cabled at 1.50pm on the 29 August (local time) and appeared in The Times on 30 August 1883.

At least the delay in news, often by many weeks, prevented knee-jerk reactions to events which today's governments and decision makers are often accused of.