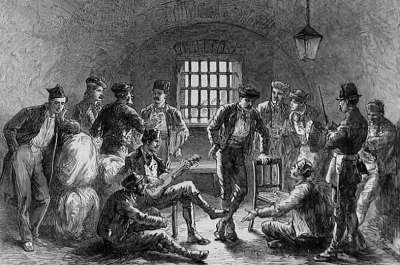 A look at a 19th century swindle, perhaps the origin of our modern Nigerian 419 fraud.

Most of us have heard of the Nigerian 419 advance fee fraud where a gullible victim receives a letter from an attorney in West Africa informing him that a large amount of money awaits him in a bank account. He only needs to pay an amount for legal fees, etc., Once the victim is hooked further sums of money are then requested. Of course there is no money in a bank account, it is all a confidence trick.

An early version of the scam in the 19th century was known as the 'Spanish Prisoner' or the 'Spanish Swindle'.

As the name suggest, this time it was operated by criminals based in Spain. Using trade directories to obtain names and addresses of people, they sent out hundreds of letters across Britan spinning a tale of a person held in a Spanish prison.

There were variations of the story, but generally the story was that a former military officer was being held prisoner in a Spanish prisoner. He often wrote that his father or grandfather was English, but he had entered the military of service of Spain and had been wrongly accused of stealing money. He was now seriously ill and was in fear of death.

He would announce that he had a daughter who needed looking after and in his Will had appointed the recipient of the letter to be his daughter's guardian. Furthermore, he had a large sum of money hidden away which needed to be recovered from a secret location, or that the money was being held by a counsellor or close friend.

Once the victim responded symnpathetically to what they thought was a sincere and truthful story, money would be requested to pay for the daughter's travel expenses, etc. All totally fictitious of course.

A variation was that the prisoner had visited Britian when he was under suspicion by the Spanish authorities and had buried the money in a location very near to where the potential victimn lived. Obviously the prisoner had been unable to return and recover it.

There is no doubt that victims were found. There are numerous newspaper articles from 1876 to 1900 which refer to the fraud and how victims had been taken in. In 1876, The Times carried an advertisement by the famous private detective, Ignatius Paul Pollaky (link to Wikipedia entry) seeking information on a missing lady heiress and her elderly priest who were on their way to London to her new family. Cleary a victim was concerned as to why the heiress had not arrived, and so they had wasted more money on employing a private detective. 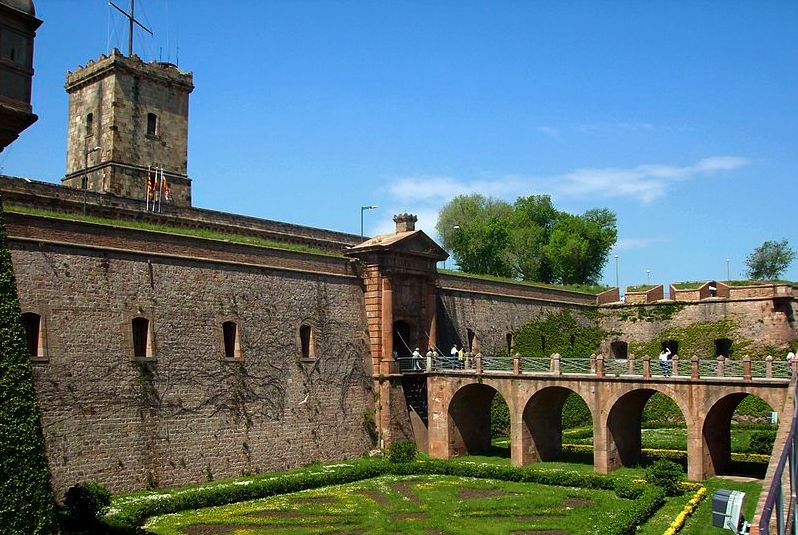 The swindlers did not have it all their own way. Newspapers at various time reported the arrest of the fraudsters in different parts of Spain.

Here is an example of one such letter (complete with spelling errors):

Mr. W. _____
Dear Sir - Notwithstanding having not the pleasure of being aquainted with you, I taken the liberty of writing you this letter in order to trust you with a secret that I never had thought to be obliged to entrust nobody with, but the sufferings that I am induring in this prison and my love for a young daughter of 16 years old who is in the actuality in a collge in Badajoz to make you my revelation, in the hope that you will be good enough as to help me recover a sum of 840,000 pesetas (33,600l) in gold money and french bank-notes that I was one day constrained to hide in the neighbourhood of your locality.

These are the motives of that affaire: I was a capatin of cavalry and cash-keeper of my regiment, when I took part in an inserection in which I was seriously exposed and obliged to take shelter in foreing in carrying away 460,000 pesetas that belonged to the cash of my regiment, having this sum been increased by the Central Revolutionary Comitee til 840,000, giving me the charge of purchasing in forein the necessary arnament for to help in the revolution.

I went to England, when I was informed by a friend of mine that the Spanish Government had asked my extradition, feering then for my freedom, I hastened to put my money in safety and as I dared not to deposit it in a Bank on account of my situation of emigrant, I tooke the resolution to bury it, what I did with all the care in order that neither the rain nor bad weather could never deteriorate the money.

As soon as the occulation was made I met with an old peasant to whom I asked of an honest person of your country, and he gave me your name. Then, willing not to leave my young daughter into the hands of my enemies, I returned to Spain with design to take her off from the college and conduct her foreign with me.

But alas! in arriving in Spain, I was recognised, arrested, and put into the hand of military authorities, which court-martial has condemned me at 15 years of confimement into a Castle-fort, of our Colonies, where very soon I shall be condicted and obliged to leave my dear daughter alone and without resources.

I will reward your troubles with the thrid potion of the money hided if you consent to help me in recovering it, but on the following conditions:

1. You ought to promise, under oath of secrecy, to be faithful and never make to nobody the least revelation concerning the secret I am trusting you.

2. You have to come to Spain to take my daughter and a respectable lady who ought to accompany her till your country where my daughter will give you a topographical plane of the spot where the money is hided, and all necessaries instructions that you may discover it without any difficulties.

3. For the moment, you must supply the means and pay expenses that may cost the travel of my daughter and the lady her companion as I cannot do so in my present situaion.

If you accept to lend me your aid, let me know so by return of post, but as I canot receive your letters directly because I am too watched, you must have the goodness to answer me at the adres of a friend of mine who I fully trust, and who will carry me your letters as soon as their arrival, with all the care that the case require.

In order to avoid all responsibiliy, do not sign your name, you may sign this of your locality, thus: ........ Chelmsford.

I beg your pardon me if I cannot write engllish wel, I hope to be understood and be soon hounured with your answer, I have the honour to be Sir, your truely,
Cesar De Cordoba.

This all goes to show that there is nothing new in this world, and despite numerous warnings, gullible victims can still be found.