When was the first Smash and Grab? 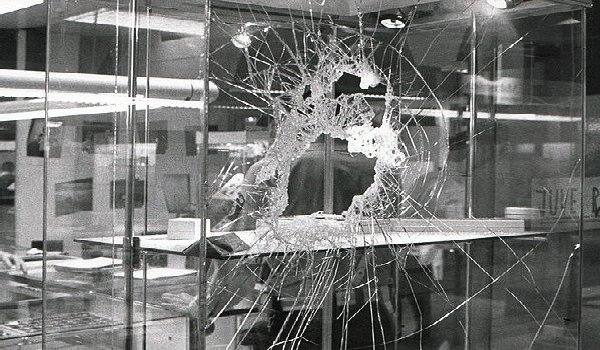 A look at the use of the phrase: Smash and Grab

The newspaper headline of a Smash and Grab normally refers to a criminal breaking a shop window with a brick or hammer and then reaching through and stealing the goods, often quite valuable items such as jewellery.

In English law this is technically an offence of burglary but invariably journalists like to spice it up a little and inaccurately call it a robbery. But when was the phrase first used?

Following the introduction of shop windows there is no doubt thieves soon realised that the displays behind were easy pickings as the glass was easily broken. A look in the archives reveals many such examples. This is an one early example from the Old Baily Archives:

On 14th April 1708 a Richard Yeamans was found guilty of stealing gold rings valued £3 5s. He walked several times "to and fro the prosecutors shop window, and at last broke the show glass, took out the goods and went off with them; that being pursu'd he hid himself in a Vault, and was there taken..." (www.oldbaileyonline.org text: version 7.2 accessed November 2016)

However it was not until the end of the 19th century that journalists began to sensationalise such events in their headlines and in their stories. It is then that the phrase Smash and Grab gradually comes into use.

The Daily Mail of 9th March 1899 almost used the phrase with the headline:

It went on to report that "Jewellery to the value of £500 was stolen in a 'daring manner' last night from a shop window of Messrs Goldman Bros., jewellers, of 80 Westbourne Grove. Somebody had thrown a large stone through the plate glass window and on further investigation it was found that a large number of diamonds rings, brooches, earrings and other articles had been stolen from the trays."

But it is not until 23rd February 1904 that The Echo carried the headline:

William Woolley was convicted following evidence that he broke a shop window and then bolted with whatever he could grab from the display.

Interestingly, the following year on the other side of the Atlantic the Boston Globe (January 21st, 1905) carried a headline:

Two boys play the smash, grab and run game on Winter St, but are soon caught with a gold watch.

The next reference found is in 1908. The Sheffield Evening Telegraph of 4th September 1908 reported:

SMASH AND GRAB. An Impudent Haul.
Shop window thieves of the "smash and grab" variety did a quick and profitable bit of business in Newgate Street, London, this morning. They selected the hour when the City police change duty to rush the window of D. George Collins, Ltd., silversmiths, nearly opposite the public gallery entrance to the Old Bailey Courts. Passing half brick through one the apertures of the iron grill in front of the window, one of them smashed in a hole just large enough for the insertion of his fist. The fist secured all the small silver articles within reach.... A thin stream of blood down part of the broken glass testified to the damage the grabber's hand.

In the US the Marysville Evening Tribune of 14 December 14, 1912 had the headline: 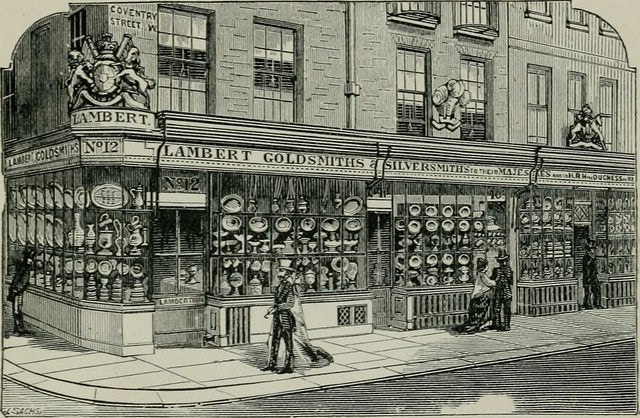 But it was not until the mid 20s following an epidemic of smash and grabs that in the UK the phrase became the journalists' stock headline for such crimes. The criminals now realised that a stolen motor car provided an excellent method of escape following a brick or hammer hurled through a jeweller's window.

It went to report that 'there had been about dozen 'smash and grab' raids in London this year'. Later in October the Lincolnshire Echo added a word to its headline:

By 1927 the number of raids had increased and the British Newspaper Archive for that year carries over 87 references to the phrase in the newspapers. But there was also a glimmer of hope. One paper reported that

"there will by despair the hearts of motor bandits and smash and grab raiders because of window invention which it is claimed, will frustrate their efforts. The invention is a safety shutter which, fitted inside shop windows, will descend automatically if the glass struck with force, and at the same time give an alarm". (Western Daily Press 6th August 1927)