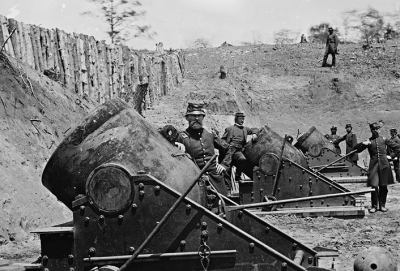 The US civil war created a market for cloth for uniforms.
Image courtesy of Library of Congress NKCR

A good example of early recycling.

If someone says that something is shoddy they normally mean that it is badly made or of poor quality, or may be referring to bad workmanship. But where did this word come from?

Its origin goes back at least to 1813 and surprisingly refers to a process which would be seen nowadays as a good example of recycling. The recycling of wool.

Shoddy is the name given to an inferior woollen yarn made by shredding scraps of woollen rags into fibres, grinding them and then mixing them with small amounts of new wool. The object was to manufacture a cheap cloth which could be made into products and clothes. It was also known as Rag-Wool. An even finer shredding process produced what was called Mungo.

Shoddy was first made in Batley, Yorkshire, by, it is believed, Benjamin Law, and its production quickly spread to surrounding textile towns in the area.

The collection of the rags for this process started in streets all over Britain by rag dealers or rag and bone men as they became more commonly known. The rags were sorted, and any seams, or parts of the rag not suitable, were left to rot and then sold onto to farmers to manure crops. Or they were used for bedding or stuffing.

The remaining wool rags were then sent to the shoddy mills for processing. For several decades shipments of rags even arrived from continental Europe. 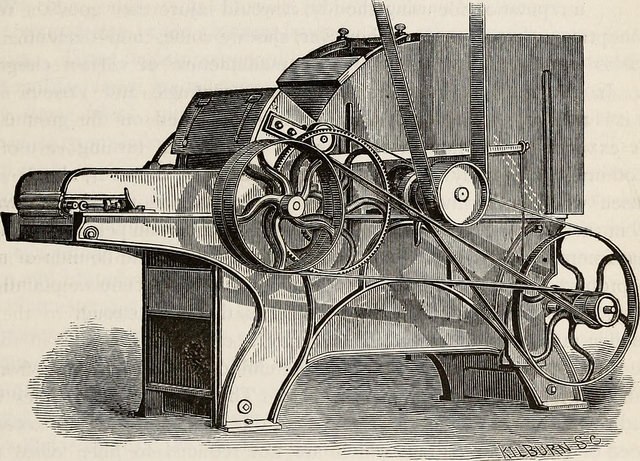 A shoddy picker used in the shredding process
Image courtesy of Harold B. Lee Library on Flickr NKCR

The rags were again sorted before the shredding process. This shredding created a very fine dust which, again, was used for manure on the fields. But the fine dust also caused health problems for many of the shoddy workers who breathed in the fine dust. It was known as 'shoddy fever'.

During the manufacturing process not all of the shoddy could be used as it was too short to spin. This was packed up in bales and sent off to Kent to be used as manure on the hop fields.

After spining the coarse cloth was sold on. In the mid-Victorian period the US and Canada was a large export market for the cloth. One common use of the material was for army uniforms and blankets.

For a detailed contemporary examination of the process see The History of the Shoddy-trade By Samuel Jubb, 1860.

Perhaps it's not so shoddy after all, but a good example of recycling.