How many signatures by Shakespeare are there? 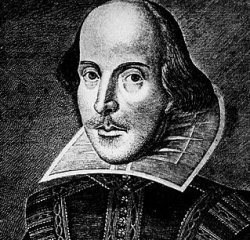 Probably the most valuable signature in the world.

Some of you may have seen the film Shakespeare in Love, starring Joseph Fiennes and Gwyneth Paltrow. In one of the early scenes we see William Shakespeare, the great English playwright and poet, practising his signature in different styles and then throwing them away. This makes jest of just one of the problems associated with Shakespeare. What did his handwriting and signature look like?

At present there are 6 known signatures of Shakespeare. There are scores of forgeries and many unrecognised claims for examples of his handwriting. There has been considerable research, debate and speculation by scholars, and some have even suggested that some of the 6 signatures are those of law clerks.

Scholars have trawled court, parish, church records, and private collections of books and manuscripts, and have detailed every occurrence of Shakespeare's name, and where possible, tried to identify his signature. What they have found is an astonishing number of variations as to how his first and last name were spelt in documents ranging from a birth register to a list of tax-defaulters. These are just a few examples: Willielmum Shakespeare, William Shakspere, Wm. Shackespere, Wm. Shackespere, and Wyllyam Shaxspere.

Most scholars agree that in Elizabethan England there was no standardisation for spelling, and these differences are acceptable and do refer to the same person. Also on many legal documents, names were shortened. The 6 known signatures also have variations, not only in spelling, but also in style, and they have created much discussion among scholars. So where are these 6 signatures to be found?

Belott v. Mountjoy was a lawsuit heard at the Court of Requests in Westminster, London in May 1612. Shakespeare was called as a witness and his signature appears on a deposition. This signature was discovered by Charles William Wallace, an American scholar and researcher, while he was researching the history of the English theatre.

Dated 10/11 March 1613, this was a deed setting the terms of a mortgage within the precincts of the Blackfriars, London. It is signed in two places by Shakespeare. One on the conveyance, the other on the mortgage.

William Shakespeare's Will made on the 25 March 1616, and proved on 22 June 1616. This copy was filed in the records of the Prerogative Court of Canterbury and is now in the care of the National Archives.

His signature appears three of the pages. You can download a free copy of the 4 page Will from The National Archives.

Scholars may have been searching for centuries, but there are still many archives which have not been yet fully catalogued and researched, perhaps a Shakespearean document still lies hidden, awaiting discovery.