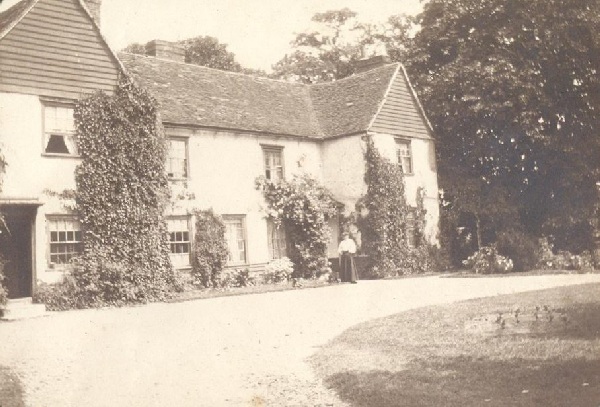 Scottish farmers who by hard work and ruthless economy brought a new look to the Essex countryside.

Essex has been the destination of many migrants. One such group were Scottish farmers who by 'hard work and ruthless economy' 1 were intent on making a future for themselves and their families in Essex.

In the last three decades of the 19th century, Essex, a mainly corn growing district, descended into an agricultural depression caused by poor harvests, bad weather, cheap grain imports and low prices. The heavy clays of Essex were now found to be unproductive, and by 1894, 13% of the arable farmland had abandoned to turn to rough pasture. Some of the soil was described as "stiff, tough, numb, dumb, and impervious". 2

Landowners and landlords were struggling to find tenants willing to make an investment in and a living out of the farms. By as early as 1882 adverts were placed in the Scottish newspapers advertising farms in Essex. "Men of energy, intelligence and substance" were sought for "Essex farms within 25 miles of London, at low rents and with freedom of cultivation". 3

Here the key phrase was "freedom of cultivation". Many of the farmers who came to Essex were dairy farmers from Kilmarnock, Ayrshire. They brought their cattle with them, many hiring an entire train to transport the animals. They began to change the agricultural scenery of Ongar, Chelmsford, Dengie and Maldon areas from corn fields to cows, grass and turnips. Economy was their watchword. Through careful management and different farming practises they kept costs down and made a living.

By 1894 over 120 - 130 families were part of this "Scotch Colony" 1, mainly occupying farms of 120 to 700 acres. One farmer when asked if the move was worthwhile admitted that, "Yes, It was a blessed day when I settled down here". 3 The local Essex farmers were in general grudgingly envious of their success, but some complained that they required fewer labourers on their land and were not brining any benefit to the local community. One critic was reported to say, "The Scotsmen live hard and work hard; they spend nothing except on their cows." 3

Many of the farmers and their families remained living in Essex and integrating into their local communities, while some finding the economics of the agricultural depression still too demanding, moved again emigrating to Canada and Australia.