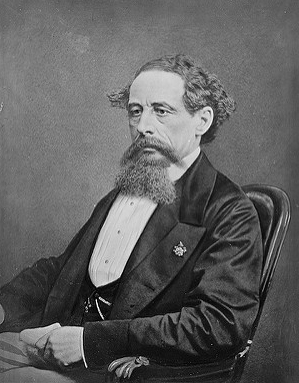 Charles Dickens. Photgraph taken between 1860 and 1865.
Image courtesy of US National Archives on Flickr NKCR

Why it left the author with what he called "railway shaking".

On 9 June 1865, Charles Dickens was returning from the continent with his mother and his companion, former actress Ellen Ternan. Dickens caught the boat train from Folkestone to travel to London.

At Staplehurst, in Kent, work was being carried on the track on the viaduct over the River Beult and two lengths of rail were removed. The arrival of the train was not anticipated by the foreman of the railway gang, he having misread the timetable; this was compounded by a failure to set warning signals and send a man with a warning flag far enough down the track.

The train containing Dickens sped along the track at up to 50 mph, and the driver only saw the warning flag 500 yards before the bridge. He and the guards began braking the train but were unable to stop it before it went over the bridge and the gap in the rails. The engine and tender remained up-right but the carriages were flung in various directions and some into the water.

Dickens was fortunate as his carriage did not fall into the river, nevertheless the carriage was left dangling in a precarious position. Of the 105 passengers, 10 were killed and 40 injured. 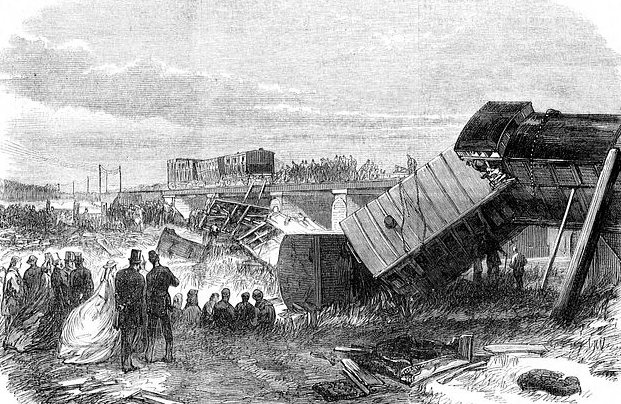 Dickens wrote the next day "I am a little shaken, not by the beating and dragging of the carriage in which I was, but by the hard work afterwards in getting out the dying and dead, which was most horrible." He supplied the injured with water and brandy, and tried to help two people, whom he later discovered subsequently died. He was clearly shaken by this accident. (1)

Years later in his letters he would refer to ill-health and his "railway shaking". Some doctors have suggested that he may have had symptoms of Post-traumatic Stress Disorder.

"I am not quite right, but believe it to be an effect of the railway shaking. There is no doubt of the fact that, after the Staplehurst experience, it tells more and more, instead of (as one might have expected) less and less." Friday, Feb. 15th, 1867 (2)
"I am in a brilliant condition, thank God. Rest and a little care immediately unshook the railway shaking." 3rd May 1869 (3)

Contemporary report on the accident on the railwaysarchive.co.uk