Did Prince Albert really save Queen Victoria from assassination? 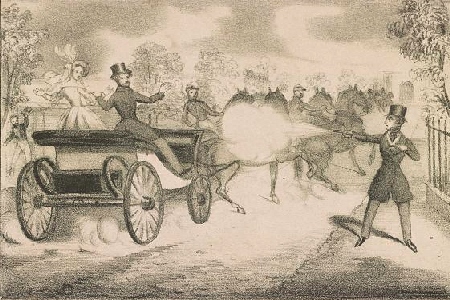 Contemporary cartoon of the attempted assassination of Queen Victoria by Edward Oxford.
Image courtesy of The Library of Congress NKCR

The truth behind the film and television series.

The 2009 film The Young Victoria and the 2016 television series Victoria, both looked at the early life of Queen Victoria. Her strict upbringing, the political machinations over who would be the next monarch, her struggling in the early years of her rule, and, of course, her romance and marriage to Albert, later Prince.

In the film and the television version an assassination attempt is made on her life. Prince Albert throws himself across her to defend her and in the film he is hit by the bullet. Did this really happen? Like many films there is a little bending of the facts to make a good story.

There were several assassination attempts on Queen Victoria during her reign and the one featured in both depictions was an attempt on her life made by Edward Oxford, an eighteen year old, who, using two pistols, fired twice at the Queen as she and Prince Albert were riding past in a carriage on Constitution Hill. 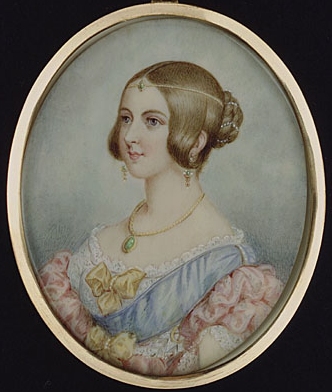 Portrait of Queen Victoria.
Image courtesy of Library and Archives Canada on Flickr CC BY 2.0

The Times newspaper reported that Oxford,

"... presented a pistol and fired it directly, either at Her Majesty or Prince Albert, there being no person between him and the carriage. The Prince who, it would seem, had heard the whistling of the ball, turned his head in the direction from which the report came, and Her Majesty at the same instant rose up in the carriage, but Prince Albert as suddenly pulled her down by his side. The man then drew from behind his back a second pistol, which he discharged after the carriage, which proceeding at the ordinary pace, had ... passed him a little."
The Times 11 June 1840, page 4.

The day after the attempted assassination, The Times reported that Oxford was giving a different account saying that the Prince was even trying to get out of the carriage.

"Oh, I know to the contrary; for when I fired the first pistol, Albert was about to jump from the carriage and put his foot out, but when he saw me present the second pistol, he immediately drew back."
The Times, 12 June 1840, page 6.

However, a witness at the later trial testified that Prince Albert had indeed pushed the Queen down,

"...the flash of the pistol came almost immediately over the Queen's head - the Queen was crouching - she rather crouched, and the Prince stood - I think, to the best of my knowledge, the Queen first rose, and by what I observed, the Prince rather pressed her down; and it was immediately before the second pistol was fired that her Majesty crouched - it was the second flash which appeared to come over the Queen's head." [1]

There is no evidence that Prince Albert received any injury. The scriptwriter for the film, Julian Fellowes, has admitted that the injury has been added to the film's story for dramatic effect.

Oxford went on to be tried for high treason at the Old Bailey on 6 July 1840, but was acquitted on the grounds of insanity and sent to Bethlehem Hospital.

Another incident from Queen Victoria's life portrayed in the television series which was also different in real life was her first journey by train.

1. The full account of trial can be read on the Old Bailey Archive.