Why are there Welsh street names in Patagonia? 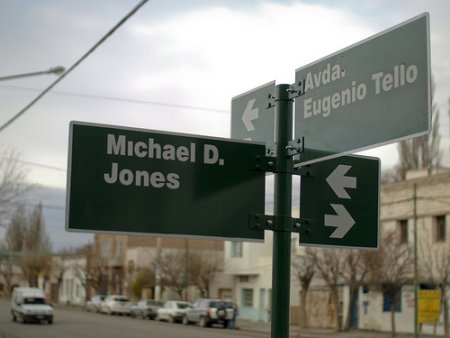 A little known story of emigration.

A connection between Argentina and Wales on an initial glance seems unlikely, but a closer looks reveals the existence of a number of people living in Argentina who have Welsh born ancestors. They are the descendants of a Welsh colony founded in 1865 in the Chubut river valley in the Patagonian region of Argentina.

Following its independence from Spain in 1816, Argentina's population remained stable until the government realised that population growth would help the country grow financially. The government decided to invite European immigrants from Spain, Italy, Russia, Germany, Poland, and Britain. They offered them land in the Patagonia region which at that time was still largely unexplored.

For some in Wales this opportunity to emigrate offered a chance to maintain their own unique Welsh language and culture. Both of which had been subject to interference by the English and were steadily dying out in parts of Wales. The supporters of the idea of creating a new colony wanted to create their own traditional and unchanging 'little Wales'.

After negotiations between the Argentinean government and the organisers of the proposed colony, in 1865 the ship Mimosa sailed to Argentina with a little over a hundred men women and children on board. They made their way with some difficulty to the Chubut area where they then established their colony. The landscape and environment was a little different to what they had been told it would be like and they faced many life-threatening challenges.

However, through hard work and successful irrigation of the area, rich, fertile wheat fields were established, and in 1886 further settlers from Wales arrived. At the turn of the century a number of factors prompted some of the Welsh colonists to move on to Canada, but many remained and their decedents still live in Argentina today and are bilingual in Welsh and Spanish. Other links to the past are found in the street names in the area (Google Maps). They feature Welsh names such as Davies, Jones, Roberts, Williams and Lewis.